Renshaw not forgotten after Test dumping

Justin Langer has heaped praise on dumped Test opening batsman Matthew Renshaw, hinting the 22-year-old might come in down the order during the home summer. 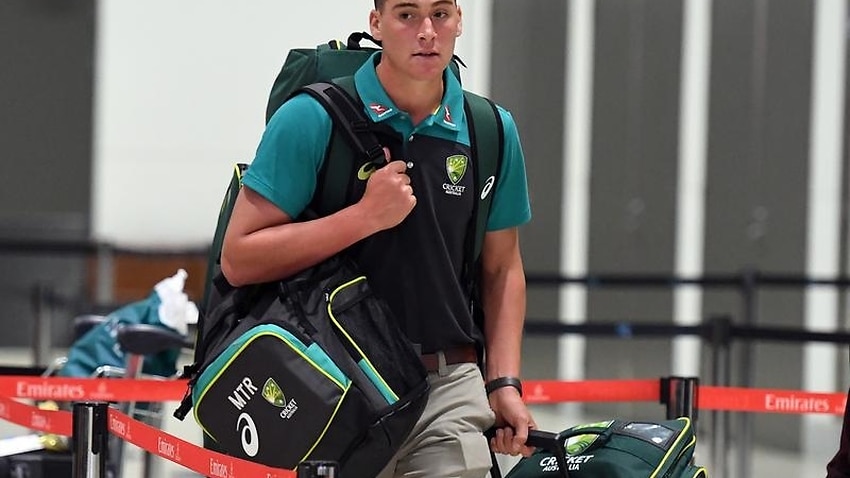 Australian coach Justin Langer has flagged the possibility of dumped Test opener Matthew Renshaw batting down the order in the home summer, with Usman Khawaja and Aaron Finch thriving in a new-look opening partnership.

The decision to overlook Renshaw for the first Test against Pakistan in Dubai was a contentious call after he led all scorers last season in the Sheffield Shield.

Renshaw's fate was sealed when a concussion prevented him batting in the tour match against Pakistan A after he was struck in the head while fielding.

National selectors opted to promote Khawaja from No.3 to open alongside Test debutant Finch.

The decision proved inspired with man-of-the-match Khawaja top-scoring in both innings and Finch falling one run short of twin half-centuries, as Australia came from behind to secure a valiant day-five draw and keep the series alive.

Whether the pair can flourish opening on bouncier home decks is yet to be seen but former Test opener Langer is highly encouraged by their first showing.

"One thing I know in great teams is not just preparation and good spirit, but one of the main building blocks is a really strong opening partnership," Langer said.

"Whenever you're building a team, you're always looking for the opening partnership and they've certainly both put their best foot forward and they've obviously got a good chemistry."

The relationship between Langer and Renshaw might already have been somewhat awkward after the then-Western Australian coach successfully agitated for WA opener Cameron Bancroft to take Renshaw's spot for the Ashes.

Langer heaped praise on Renshaw after the Dubai Test, saying the 22-year-old hadn't put a foot wrong and had impressed with his strong work ethic.

"The reality is his numbers have been brilliant," Langer said.

"Unfortunately, he got three injuries with his broken finger, his hamstring and then concussion. So, he's batted in the middle in the last three months for probably an hour and it's really hard to come into these conditions when you haven't got match fitness.

"There's plenty of future for Matt Renshaw. Whether it comes in opening or batting No.3 ... it could come anywhere.

"I've always said if you open, you can bat anywhere in the order. Time will tell."

Former national selector Mark Waugh said during the first Test that it was a mistake to overlook Glenn Maxwell after middle-order debutants Travis Head and Marnus Labuschagne both made first-innings ducks.

Head scored an excellent 72 in the second dig to secure his spot for the second Test starting on Tuesday in Abu Dhabi, while Labuschagne might also have done enough after taking crucial wickets with his part-time legspin and impressing in the field.