An Indigenous social justice campaigner has warned against moving towards a republic that does not consider Indigenous rights amid a renewed push for an Australian head of state on Australia Day.

"The starting point for justice in this country needs to take the form of a treaty that fully recognises First Nations’ sovereignty, and addresses past and continuing injustices," he told SBS News.

SOS Blak Australia is an Indigenous organisation that works to ensure Aboriginal communities are not closed down and other social justice issues affecting Indigenous Australians.

"Any constitutional change or move towards a republic that fails to do so will simply be a continuation of the policies that are destroying our people, cultures and land."

Indigenous Australian sovereignty campaigners continue urging for a treaty, a legally binding agreement made between states that sets out obligations and promises for both parties, as they see it as an opportunity to secure their rights concerning land, resources and self-determination.

HOW SOME PEOPLE ARE MARKING AUSTRALIA DAY 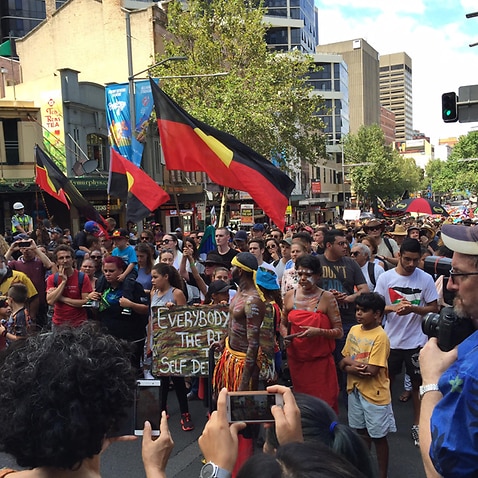 Musician and former Goanna band member Shane Howard, who received an Australia Day award this year, told ABC AM on Tuesday while he supported a republic, the government must sign a treaty with Indigenous Australians.

"It's really important that we move towards a republic and we stand on our own two feet in the world and identify clearly who we are," Mr Howard said.

"And I don't think you can have a republic without having a treaty with your First Nation's People, if you want to stand as an honourable nation in the world."

THE REPUBLIC DEBATE IN AUSTRALIA 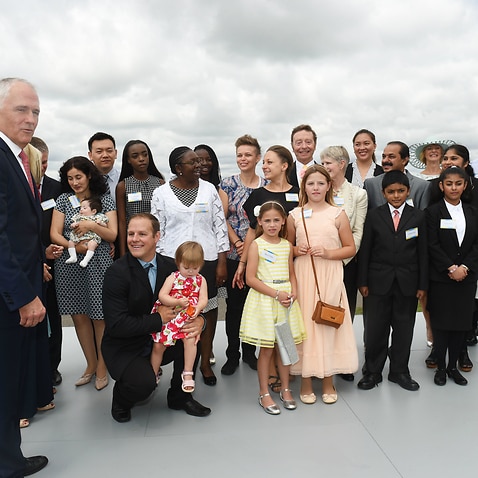 Their comments come after 2016 Australian of the Year David Morrison called for Australia to transform from a constitutional monarchy to a republic as the nation marks Australia Day, known as Survival Day or Invasion Day to many Aboriginal and Torres Strait Islander people.

"I think it appropriate that 16 years after the last referendum we at least start again the conversation about where we may go in the future," Lieutenant General David Morrison told ABC radio Tuesday.

But he adds he does not want to push the issue.

"If the nation doesn't want to debate this and doesn't want to revisit the issue, my voice will have no consequence at all. "I'll remain firm to my republican beliefs but I'll let it go."

He is part of a chorus of calls for an Australian head of state to replace the British monarch, including from Opposition leader Bill Shorten, and state and territory premiers who signed a declaration of support, with the exception of WA premier Colin Barnett.

Bill Shorten used his Australia Day speech to urge Prime Minister Malcolm Turnbull to lead the charge for Australia to become a republic.

"Malcolm Turnbull needs to shed the ghosts of the past generation and indeed Tony Abbott and the right wing of his Liberal Party," he told reporters after his address.

"I have no doubt, just as we should have constitutional recognition of our first Australians, that at 228 years on, we are ready to have an Australian head of state. We should not wait until the passing of a monarch in many ways."

In his first comments to the renewed call, Malcolm Turnbull said Tuesday he supports Australia becoming a republic, but the timing for a referendum on the issue needs to be “right”.

"If you really are committed to Australia becoming a republic, then you want to be sure that the manner and the timing of the referendum is as such that it is successful and that it unites rather than divides Australians,” Mr Turnbull said.