Climate protesters are pledging to fight on after placing the resources minister under "citizens arrest" on a public street.

Australia's Resources Minister Matt Canavan is playing down accusations of being a “climate criminal” after he was subjected to a “citizen’s arrest” on a Far North Queensland street.

Members of the environmental activist group Extinction Rebellion confronted the minister while he sat at a café in Cairns where the Council of Australian Governments (COAG) meeting is being held.

Footage shows a number of protesters approaching the minister before telling him he was not allowed to leave the area. 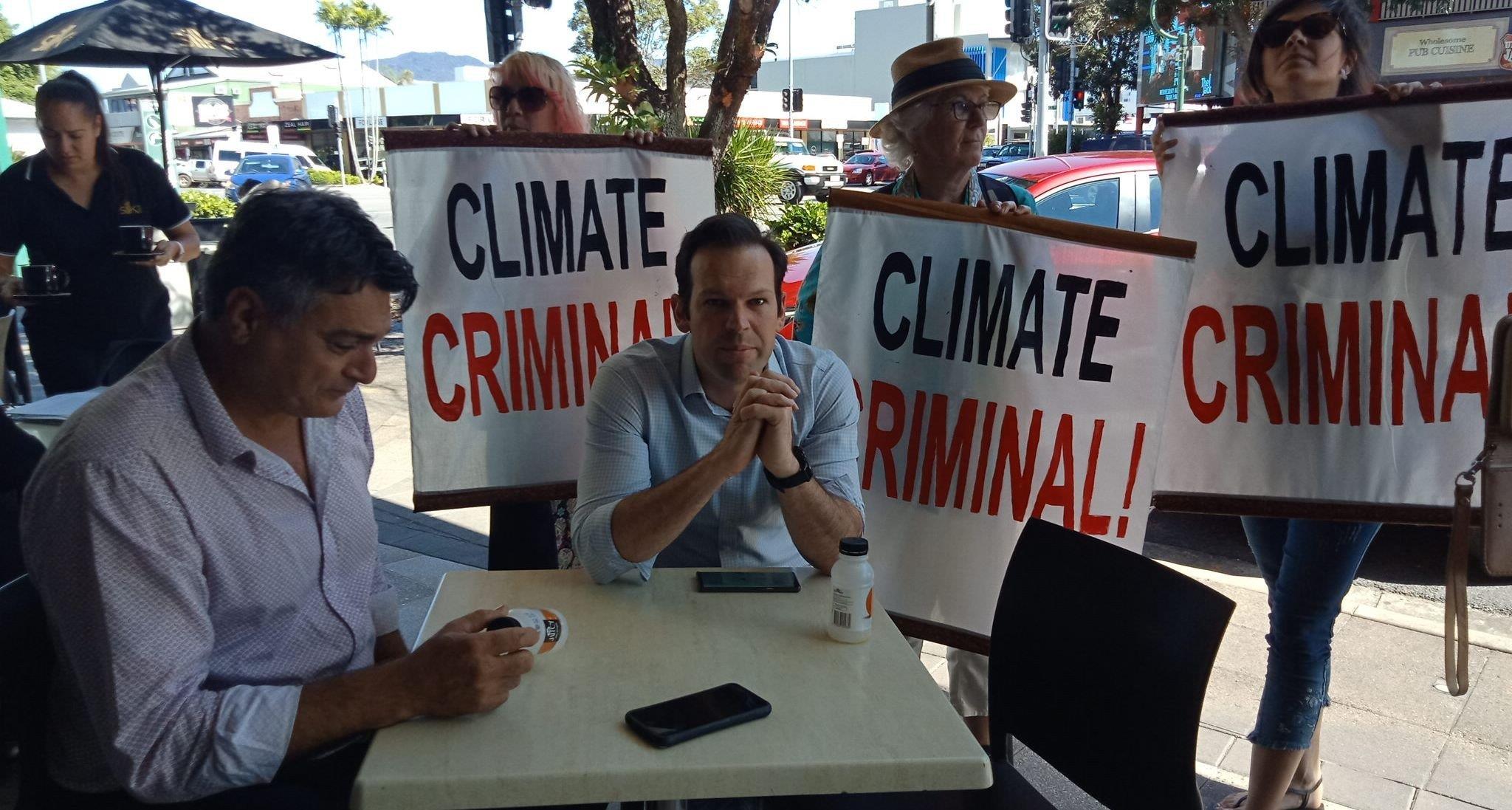 “You’re under arrest Mr Canavan…we’re taking you into custody for crimes against humanity…if you could just come with us thanks” one activist says.

“The Pacific Islands and the Torres Strait are going underwater and your promotion of coal has made you a climate criminal”.

Mr Canavan can be heard defending the government’s support of coal mining, arguing his “interests are with the people of central and north Queensland". After a brief debate the minister can be heard conceding “I think I’ve got to go”.

Mr Canavan can be seen making his way to a car before police intervene to clear a path. In a statement to SBS News, Mr Canavan said: “It was great to catch up with my friends from Extinction Rebellion, who are continuing the great work of Bob Brown in their totally rational campaign of yelling at people and stopping them going about their day".

“Worked wonders at the Federal Election - keep up the good work!”

Extinction Rebellion spokesperson Greg Sorenson has told SBS News the group’s actions were absolutely necessary to ensure the climate message is being heard. “It is incumbent on us to make a citizen’s arrest because the Minister is holding us back. This is bigger than Matt Canavan, he’s actually lost the point of how he is meant to represent the Australian people.

“We believe in a just transition for those working in fossil fuels. What we are advocating for is to set the process in motion where these people have a clean job to go on to.” 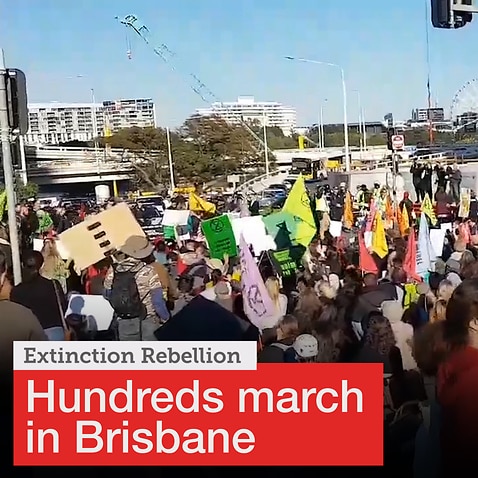 On the potential for further climate protests, Mr Sorenson said there is no doubt the climate debate is far from over.

“We don’t have a planet B, Extinction Rebellion for the most part won’t give up, we can’t give up. Matt Canavan, George Christensen, Scott Morrison and Angus Taylor are holding on to 20th century tech, it’s going to set us up for catastrophe.”