Rex Tillerson's visit to Beijing comes as relations between the US and China appear to be improving following months of tensions.

Tillerson, whose arrival was delayed due to technical problems with his plane in Tokyo, held talks with State Councillor Yang Jiechi and Foreign Minister Wang Yi at the Great Hall of the People at Tiananmen Square.

The visit comes as relations between the two superpowers appear to be improving after months of tensions over how to handle North Korean leader Kim Jong-Un's nuclear provocations.

"I know President Trump is very much looking forward to the upcoming summit as is everyone on his team," said Tillerson, who was due to meet Xi later in the day.

Yang, who is China's most senior diplomat, said Trump's trip was of "great importance" for Sino-US relations.

"Let us concentrate on cooperation and properly manage our differences in the spirit of mutual respect and mutual benefit so that we can keep moving the China-US relationship forward in the right direction," Yang said.

In a separate meeting, Wang told Tillerson: "At present, China-US relations overall have a positive momentum and have arrived at an important opportunity to progress further."

None of them mentioned North Korea in their public remarks before reporters were ushered out, but the topic was expected to be on the agenda.

Tillerson had been due to arrive on Friday evening but his aircraft's problems forced him to travel to China on a military transport plane on Saturday.

Trump has repeatedly urged Xi to exert more economic pressure on Pyongyang to convince the renegade regime to give up its nuclear ambitions.

For its part, Beijing has insisted that the sanctions must be coupled with efforts to organise peace talks, but Trump and Kim have traded increasingly personal insults that have raised fears that the crisis could spark a conflict.

"There appear to be two trains of thought in the international community regarding denuclearization of the peninsula: Crush North Korea or talk to North Korea so as to increase its sense of security. China and Russia hold the latter view," China's state-run Global Times newspaper said in an editorial.

The acting US assistant secretary of state for East Asia, Susan Thornton, told sceptical US lawmakers ahead of Tillerson's trip that China appears to be on board with the plan to squeeze Pyongyang.

"We are working closely with China to execute this strategy and are clear-eyed in viewing the progress - growing, if uneven - that China has made on this front," she said.

"We have recently seen Chinese authorities take additional actions," she said, referring to new controls on the cross-border trade and finance that is North Korea's economic lifeline.

On Thursday, China said it was ordering North Korean firms on its territory to close by January.

The announcement came days after China confirmed it will limit exports of refined petroleum products to North Korea from October 1 while banning imports of textiles from its neighbour.

The measures were in accordance with UN sanctions that were approved earlier in September after North Korea detonated its sixth and most powerful nuclear bomb -- a test that triggered an earthquake felt across the border in China.

Trump's November trip will be part of a tour that will also take in regional allies Japan and South Korea. 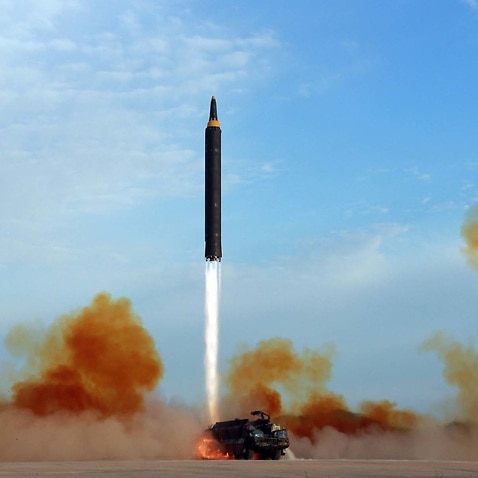 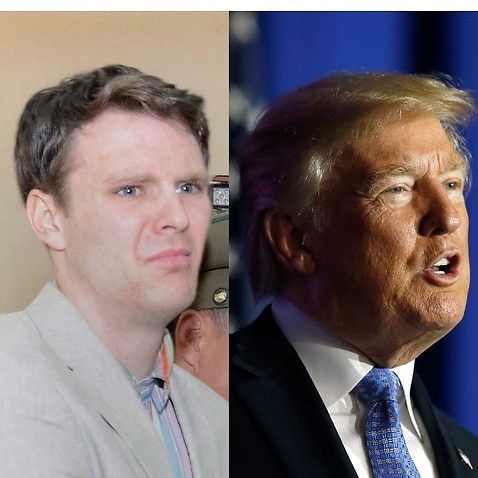