Rich nations, including Australia, have snapped up over half the future supply of coronavirus vaccines

Despite representing 13 per cent of the global population, wealthy nations have already secured the lion's share of doses, Oxfam has warned. 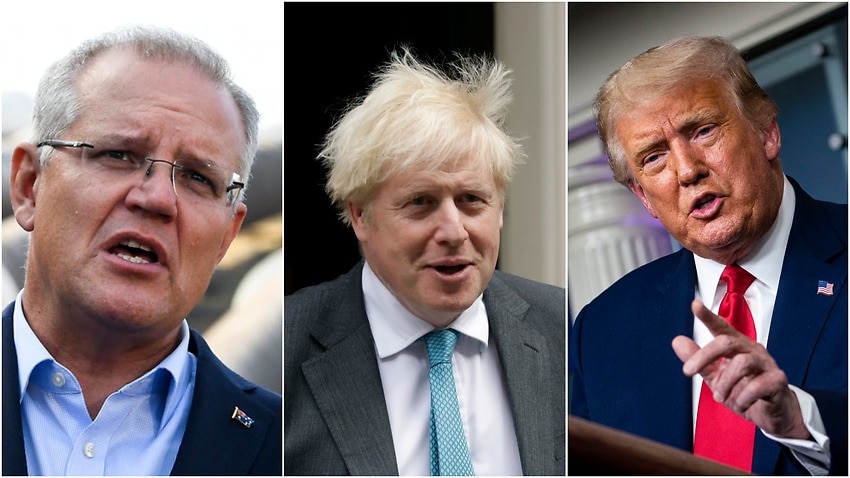 Wealthy nations representing a fraction of the global population - including Australia - have already bought up over half the promised COVID-19 vaccine stocks, an Oxfam study showed, as health and finance ministers of G20 countries meet to discuss the global pandemic.

Big pharmaceutical corporations and vaccine producers are racing to produce an effective vaccine to counter a virus that has now killed more than 935,000 people around the world and infected almost 30 million.

Read More
Elections, money and influence: What is at stake in the global race to discover a coronavirus vaccine?

European Union chief Ursula von der Leyen on Wednesday warned against "vaccine nationalism" that she said could put lives at risk by depriving the most vulnerable in poorer nations of immunity.

But a study released by Oxfam on Thursday showed a group of wealthy countries representing just 13 per cent of the world population has already secured the lion's share of doses.

"Access to a life-saving vaccine shouldn't depend on where you live or how much money you have," Oxfam America's Robert Silverman said.

Some 51 per cent of those jabs have been snapped up by the wealthy world, including Australia, the United States, Britain, the European Union, Hong Kong and Macau, Japan, Switzerland and Israel.

Wealthy nations representing – including Australia - have already cornered more than half the promised doses of leading vaccine candidates. Source: AAP

The remaining 2.6 billion have been bought by or promised to developing countries including India, Bangladesh, China, Brazil, Indonesia and Mexico.

She said this leaves most of the world's population waiting longer than necessary for a vaccine.

US President Donald Trump on Wednesday said he would begin rolling out a vaccine in America as soon as next month, contradicting doubts expressed by a top health expert in his administration who said a jab was unlikely to be widely available until mid-2021.

"We're very close to that vaccine as you know ... We think we can start sometime in October or shortly thereafter," Mr Trump said.

Democrats have expressed concern that Mr Trump is pressuring government health regulators and scientists to approve a rushed vaccine in time to help his uphill bid for re-election in early November.

"We're within weeks of getting it, you know - could be three weeks, four weeks," the president told a town hall session with voters in Pennsylvania on Tuesday.

But in an implicit swipe at Mr Trump's 'America-First' approach to the pandemic, Ms von der Leyen said Europe would support multilateral bodies such as the World Health Organisation (WHO) with its attempts at a more equitable rollout.

"None of us will be safe until all of us are safe - wherever we live, whatever we have," she said.

US President Donald Trump believes a vaccine will be rolled out in a matter of weeks. Source: AAP

The global economy has been devastated by the pandemic, with many nations still maintaining restrictions on their populations to contain fresh outbreaks.

New Zealand was added to the list of economic casualties on Thursday when it reported it had plunged into recession for the first time in a decade.

The country posted a record contraction of 12.2 percent for the April-June quarter, which coincided with a strict lockdown from March to May.

The decline follows a 1.6-percent contraction in the first three months of 2020, confirming New Zealand is in recession.

But there was optimism that the stage had been set for a strong recovery.

"Going hard and early means that we can come back faster and stronger," finance minister Grant Robertson said.

"Economists expect the current September quarter to show a record jump back to growth."

There were also positive signs in South Africa where authorities announced borders would be reopened to most countries from next month - part of a wider easing of anti-virus curbs as infection figures improve.

Africa's most industrialised economy closed its frontiers at the start of a strict nationwide lockdown in late March.

The number of new infections has dropped from an average of 12,000 per day in July to fewer than 2,000 in recent days.

President Cyril Ramaphosa said in an address to the nation that international travel would "gradually and cautiously" resume from 1 October 1.

"We have withstood the coronavirus storm," he said.

Calls for a 'People's Vaccine'

Oxfam is among the organisations calling for a 'People's Vaccine' that would be available to everyone, free of charge and distributed fairly, based on need.

This would only be possible if pharmaceutical corporations allow vaccines to be produced as widely as possibly by freely sharing their knowledge free of patents.

“Governments will prolong this crisis in all of its human tragedy and economic damage if they allow pharmaceutical companies to protect their monopolies and profits,” Ms Morgain said.

“No single corporation will ever be able to meet the world’s need for a COVID-19 vaccine. That’s why we are calling on them to share their knowledge free of patents and to get behind a quantum leap in production to keep everyone safe.

"We need a People’s Vaccine, not a profit vaccine.”

Ms Morgain welcomed Prime Minister Scott Morrison's call for a safe vaccine that is available and affordable to all and the commitment to distribute a vaccine to the Pacific and some South-East Asia countries should Australia develop a successful supply.

But she said details of the commitments remained unclear and fell far short of what was needed from the government to ensure all people – especially vulnerable communities across the world – could recover from the global pandemic.