Hot temperatures at the Australian Open tennis tournament may be down to global warming, according to some climate experts.

The Australian Conservation Foundation reported that in recent years players have complained about the heat at the first grand-slam tournament of the year, including Canadian Frank Dancevic, who collapsed during a match in 2014.

Analysis from University of Melbourne Atmosphere and Ocean researcher Ben Hague shows January temperatures in Melbourne have risen by 0.8 degrees Celsius each decade since 1987, but in the two weeks of the Australian Open the increase has been 1.25 degrees. 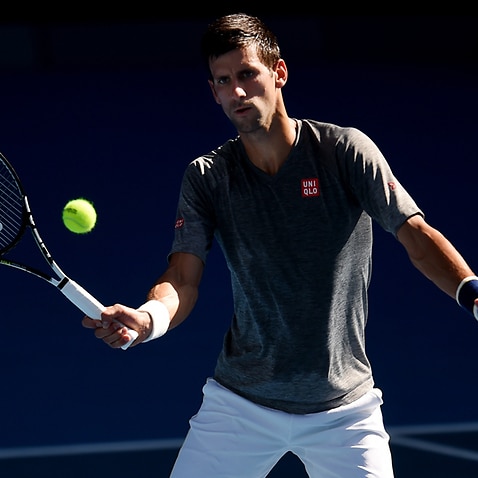 The Bureau of Meteorology 2015 Climate Statement showed days of extreme weather are on the increase across Australia.

A number of tennis clubs have implemented extreme heat policies to fulfill their duty of care to players, including Victoria based Australasian Academy of Tennis Coaches.

“At our local tennis school, our heat policy is 35 degrees,” their CEO Lynton Joseph said.

“When the temperature hits 35, all lessons and play stops – there is no discussion.

“The most recent science from the Bureau of Meteorology and others shows an increase in extreme weather days in Australia and sports clubs have a duty of care to take precautionary measures.” According to Malcolm Tulloch, director of entertainment, crew and sport at the Media, Entertainment & Arts Alliance (MEAA), the hotter climate is having an impact on the hundreds of people working at the tournament.

“There have been times in recent years when we have had three or four consecutive days in the high-30s or early-40s,” he said.

“The exposure to excessive heat can be physically dangerous and mentally draining. Melbourne Park has a duty of care to have in place risk assessments and proper safe work methods to ensure workers' health and safety.

“The management at Melbourne Park are pretty understanding, but on really hot days, we’d like to see increased rest periods to allow staff to work their way through the crowds to access the tea rooms and cool down.

“Throughout the Australian Open, we expect management to be accommodating if they are feeling stressed or unwell because of the heat."

Climate change manager at the Australian Conservation Foundation, Victoria McKenzie-McHarg, said global warming was the catalyst for the scorching temperatures.

“Global warming is already having a big impact in Australia and the effect on both professional and local community sportspeople and sports clubs is significant,” she said.

“To stop these global warming impacts getting even worse, our government needs to support clean energy solutions that will cut pollution, and put the interests of the community ahead of the interests of a handful of big polluting energy companies.

“It’s our beautiful sunny weather that has attracted international crowds to the Open and that makes these great sporting events possible.  Let’s use our natural resources wisely to create clean energy and a healthy future.”