Hundreds of protesters demanding justice for Breonna Taylor have converged on Churchill Downs during the Kentucky Derby in Louisville.

Armed supporters of the police and anti-racism protesters have squared off near the famed Kentucky Derby horse race, as duelling demonstrations over racial justice and policing continued to grind on across US cities.

As the afternoon wore on, a large group of protesters marched toward the Churchill Downs track chanting "No Justice, No Derby" - a nod to an earlier call by activists for the historic race in Louisville, Kentucky, to be cancelled. The race was being held without spectators to prevent the spread of the coronavirus.

Meanwhile, a group of about 200 members of NFAC - a Black militia group which has protested against police killings of Black people - had gathered at a park just outside Churchill Downs and were inspecting their weapons, with the Derby preliminaries well underway inside.

Louisville has emerged as one flashpoint in a summer of unrest due to the death of Breonna Taylor, a Black 26-year-old woman who was killed when the city's police burst into her apartment with a "no-knock" arrest warrant in March. 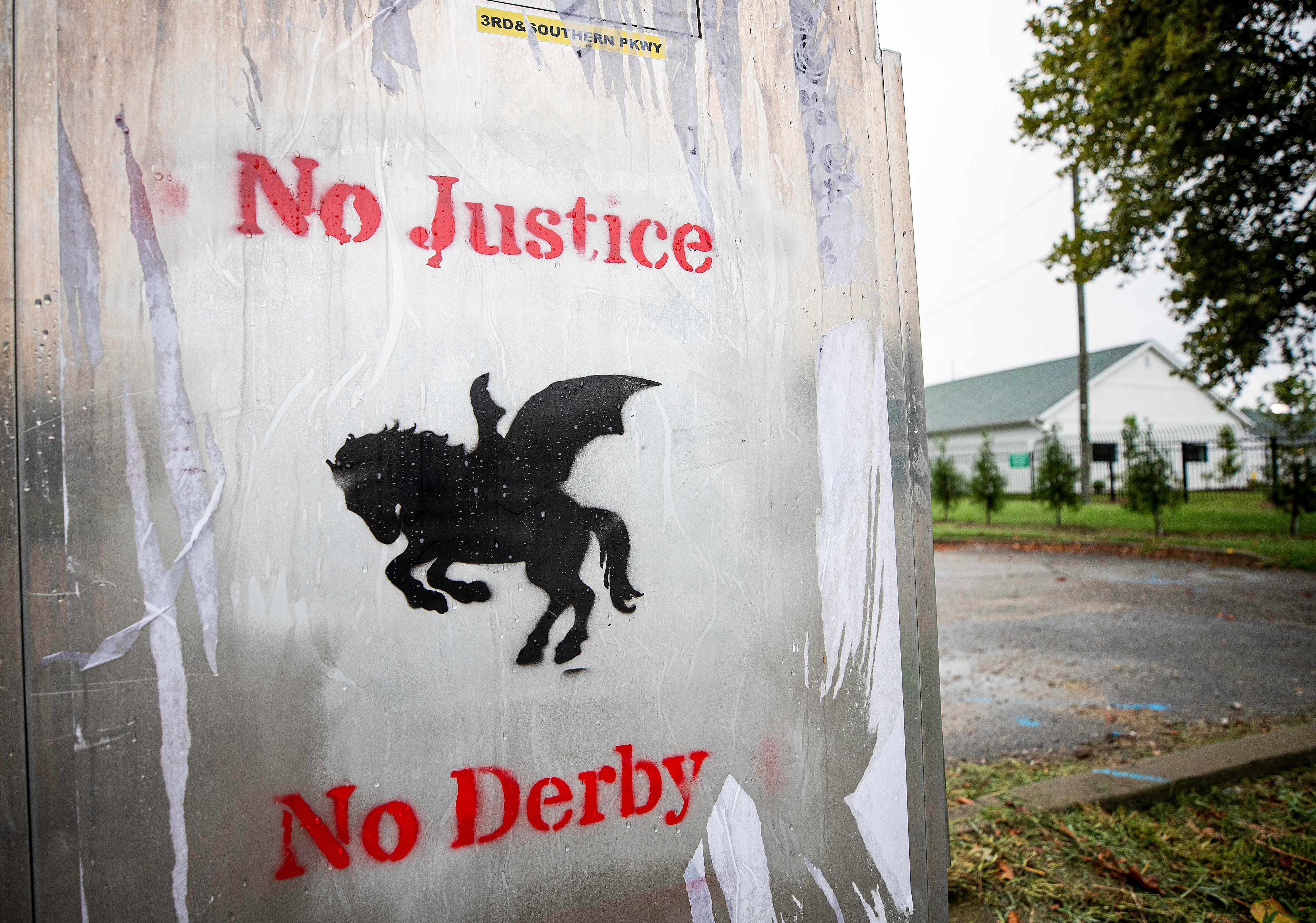 Impromptu graffiti servers as a reminder of the protests around the death of Breonna Taylor on Kentucky Derby day.
Evers/Cal Sport Media/Sipa USA

The counter-protesters included about 250 pro-police demonstrators, including Dylan Stevens, the leader of a group who goes by the nickname The Angry Viking. According to his website, Mr Stevens supports Republican President Donald Trump, the police, the military and the right to bear arms.

Demonstrations against racism and police brutality have swept the United States since 25 May when George Floyd, a Black man, died after a Minneapolis police officer knelt on his neck for nearly nine minutes. 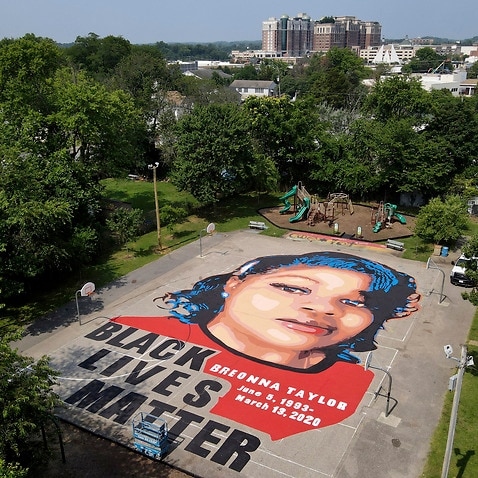 "Officers began to make targeted arrests and in some cases moved the crowd back and kept them out of the street," police said in a news release on Saturday.

One arrested protester was injured with a "bleeding abrasion" on her head, police said.

Portland has become the epicentre of demonstrations, with protests taking place nightly over the last three months calling for policing and social justice reforms. These have at times turned into clashes between demonstrators and officers, as well as between right- and left-wing groups. 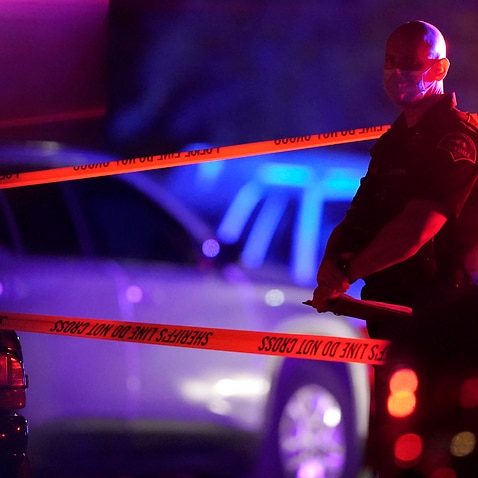 Police shot and killed a self-declared anti-fascist activist in Washington state on Thursday night as they moved in to arrest him on suspicion he fatally shot a right-wing counter-protester last weekend in Portland.

The Trump administration deployed federal officers to Portland in July to crack down on the protests. Mr Trump signed a memo on Wednesday that threatens to cut federal funding to "lawless" cities, including Portland.

His Democratic challenger in the November presidential election, former Vice President Joe Biden, has accused Mr Trump of stoking violence with his rhetoric. This week, both Mr Trump and Mr Biden visited Kenosha, Wisconsin. The Midwestern city was the site of clashes among protesters, police and militia after a white policeman there shot Jacob Blake in the back multiple times.

Mr Blake, who is black, was paralysed from the waist down.

Mr Biden met with Mr Blake's family and spoke with Mr Blake on the telephone, and has expressed sympathy with people protesting police violence. Mr Trump toured damaged businesses, decried what he calls "lawless" protesters and defended police departments as upholders of "law and order,", while declining to condemn right-wing armed vigilantes who have been accused of attacking protesters in Kenosha.

A group called RefuseFascism.org said it has organised protests in 23 cities on Saturday, calling Mr Trump's actions a form of fascism that will worsen if he is elected for a second four-year term.