Pauline Hanson wants her One Nation senator Rod Culleton to meet her on Wednesday morning to explain a letter he wrote to a Queensland magistrate.

Rod Culleton is happy to meet with his One Nation leader Pauline Hanson after she summoned him to her office over a letter he wrote to a Queensland magistrate.

The embattled senator was referred to Queensland police on Tuesday by state attorney-general Yvette D'Ath over a letter he penned to a Cairns magistrate.

"Rod, excuse me, I'm party leader. I expect you to come to my office, right, and it's about being a team player, and that's all I expect," Senator Hanson told the ABC.

"I would like to see the respect paid to me as party leader, that he actually has the meeting with me and he comes to my office in the morning."

In the letter Senator Culleton refers to a complaint from a person he claims is facing jail over a bankruptcy matter, saying he was "watching with interest" the conduct of all judicial officers before asking the case to be adjourned.

Ms D'Ath said Queensland's chief magistrate Ray Rinaudo had expressed concern the letter's contents could amount to an attempt to pervert the course of justice as well as threatening a judicial officer.

Senator Culleton later issued a statement rejecting suggestions he tried to pervert the course of justice or made threats. The letter was written in good faith and in the interest of justice, he said.

"I wish to clarify and emphasise that I mean no disrespect to you, the court or judicial procedure," Senator Culleton wrote to the magistrate.

"I have the respect from my other senators, and I expect the same from Rod Culleton, under the banner of One Nation, Pauline Hanson's One Nation," she said.

"Hopefully, Rod will come to my office [on Wednesday] morning and we'll have a discussion."

Senator Culleton said he was "absolutely" happy to meet Senator Hanson and "the other boys" as well.

"Nothing wrong with that, is there?" he said as he arrived at Parliament House.

"At the end of the day we've been very very busy, you know, with a late night the night before.

"I'll catch up with Pauline, there are no hassles there."

"When Pauline chose me as a candidate and I was committed to running as a senator I did it under the One Nation banner and I have principles," he said.

"Now whether the going gets tough ... I have to serve my team for my constituents because that's how they voted me to parliament." 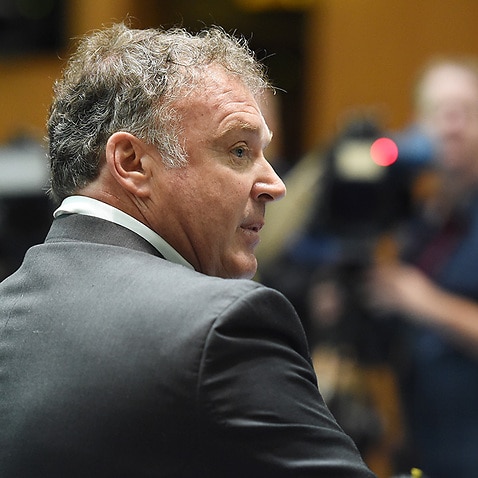 I meant no disrespect: Rod Culleton 'Let's not talk about the constitution': Culleton self-represents in High Court appearance One Nation Senator Rod Culleton and that bizarre press conference