The Turnbull Government says a handful of 'white-collar' French specialists will help oversee the construction of new frigates and submarines, but promises Australians will do the bulk of the work.

Foreigners will be employed as specialist trainers on the government's $89 billion shipbuilding project but will not take labourer jobs, the minister for defence materiel has confirmed.

The Turnbull Government has released the details of its plan to upgrade the Navy fleet with 12 new submarines, nine frigates and dozens of patrol boats.

More than $1 billion will be spent upgrading shipyards in Perth and Adelaide, while a new naval shipbuilding college in Adelaide will train the next generation of workers. What is the federal government's $89 billion shipbuilding plan?

"Historically we have been too much of a customer and not enough of a supplier for our own defence capability needs," Mr Turnbull told reporters in Adelaide.

The government estimates demand for workers will peak at over 5000 in 2026, and the government's own plan concedes filling the roles will be a challenge.

The government will try to poach former shipbuilders, carmakers, defence construction workers and oil and gas workers - including from interstate.

But the plan also says foreign workers will be "essential" in training local workers and would likely be employed in "middle management and supervisory roles".

"It'll be a miniscule number of the 5200-plus," Minister for Defence Materiel Christopher Pyne said.

Mr Pyne said the only foreign workers would be "white-collar" workers from French company DCNS, which won the contract to build the new submarine fleet.

"Obviously we want them to transfer their intellectual property to our workforce," he said.

"We can't just learn that from reading a manual. We need them here. So the workforce will be overwhelmingly Australian." He said they would not be involved with the actual construction.

"No, we're not bringing foreign workers in to build these ships or submarines," Mr Pyne said.

"Malcolm Turnbull has yet again failed the jobs test when he can't even guarantee that there won't be further job losses in the South Australian naval shipbuilding industry," Mr Shorten said.

"Christopher Pyne said that he believed that 90 per cent of the submarine build would be done locally in Australia. Now there's no Liberal backing up that number."

Mr Pyne said the government would not pick a percentage, but was aiming to maximise the proportion of each ship constructed in Australia.

He said he considered any more than 60 per cent to be an Australian build.

He said it was "verging on insulting" to suggest auto workers who lost their jobs when the Holden plant closed in October could fill the gap.

He said Australian shipbuilders were still facing a "valley" of underemployment before the bulk of the new jobs became available in 2022.

At least 400 workers at the Australian Submarine Corporation will lose their jobs this year, Senator Xenophon said. 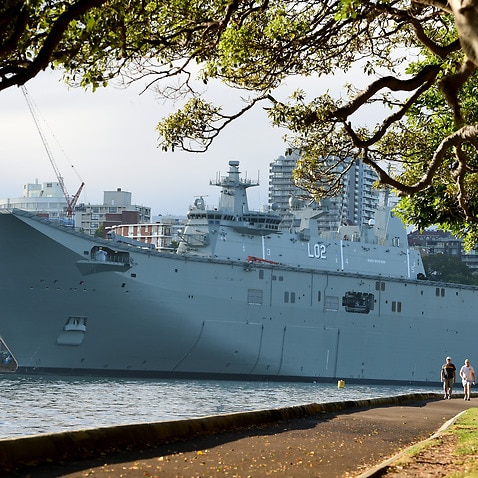