Russia's ambassador to Australia has criticised the federal government for authorising air strikes in Syria, warning Islamic State terrorists will be empowered if the Assad regime falls.

A spokesman for ambassador Vladimir Morozov told the ABC the US-led airstrikes on IS targets have not achieved much.

"From the Russian perspective we are not sure bombing Syria is a solution to the regional crisis and a way to crush ISIS," he said.

"We suggest a broad international coalition to fight terrorism. This has been voiced by the Russian president."

Australia's representatives to the United Nations wrote to the president of the security council on Thursday giving notice of the intention to expand air operations from Iraq to Syria. Russian presence in Syria cause for concern, NATO chief says

The legal basis is Article 51 of the United Nations charter, which states all member nations have a right to individual or collective self-defence against armed attack.

Australia agreed last year to a request from the Iraqi government to join a coalition of forces to combat Islamic State.

Senator Brandis said the self-defence of a nation could extend beyond its borders and applied in this case because Islamic State military bases were located in eastern Syria. 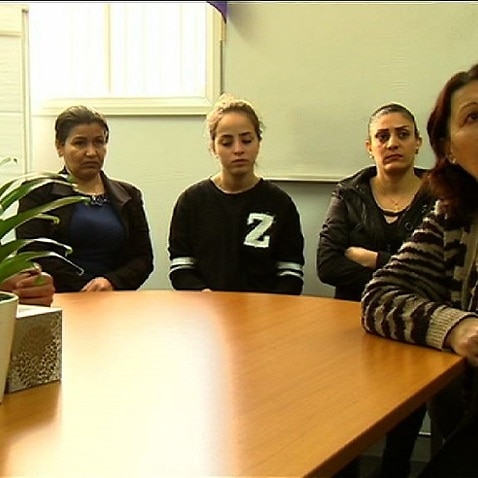 "(Islamic State) is utterly unambiguous about its ambition to displace the government of Iraq," he told parliament on Thursday.

"It does not recognise the border between Iraq and Syria."

In order to use the collective self-defence of Iraq as the legal basis, four criteria - including a request from the country under attack - must be met.

Senator Brandis said all the requirements were "plainly satisfied".

Other nations, including the United States, United Kingdom and Canada, had also used Article 51 to enter Iraq.

Australian air strikes in Syria are expected to commence within a week.

Australian Greens leader Richard Di Natale later questioned the legality of the expansion during debate on a motion that parliamentary approval should be required for entry into Syria.

"What we may see is that Australians ultimately who are involved in this conflict are forced in front of the International Criminal Court to justify their actions," he told the Senate.

CONDITIONS TO ENTER SYRIA IN COLLECTIVE SELF-DEFENCE OF IRAQ

* Iraq must be subjected to or at risk of armed attacks from beyond its borders.

* There must be no means reasonably available to address the attacks other than by force.

* Syria must be either unwilling or unable to restrain the attacks from within its borders.

* Iraq must have requested assistance from other states.