The new rules will also require campaign ads to carry authorisation and include offences against bribery and threats.

The Senate has passed special laws to regulate the conduct of the same-sex marriage debate by banning vilification, intimidation and threats, despite protests from a handful of crossbench senators who warned of a threat to free speech.

The postal survey on same-sex marriage is now underway, with the first survey forms already in the mail.

The non-binding survey is not a formal election so the ‘Yes’ and ‘No’ campaigns are not bound by the normal rules contained in the Electoral Act - which is why Labor and the Coalition agreed extra protections were needed.

The new laws, which will be in force for the length of the campaign, will specifically outlaw vilification, intimidation and threats against people for their views on the survey on the basis of their sexual preferences, gender identity or intersex status.

The protections will also cover those targeted for their religious beliefs.

All campaign conduct will be covered by the laws.

Attorney-General George Brandis will act as the postal survey’s watchdog and will have the power to decide whether alleged breaches of the new rules should be prosecuted.

Penalties will be decided by the Federal Court. Fines for hate speech could be as high as $12,600 and the court will have the power to order advertising takedowns through injunctions. 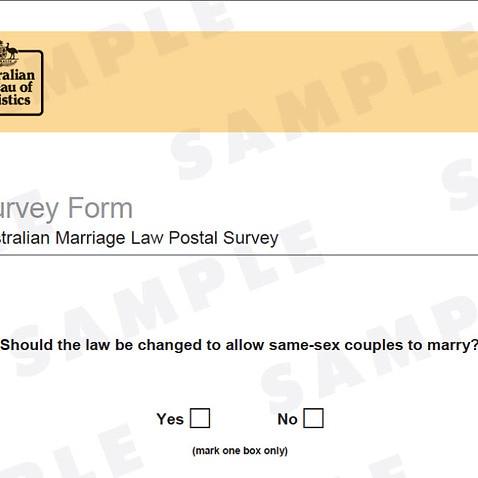 There will also be laws against the use of bribery and threats, and heavy penalties for advertising that does not include a formal authorisation to identify the publisher.

Broadcasters who air content from one side of the campaign will be legally required to give the other side a chance to respond and air their views. The rule includes commerical broadcasters and the ABC and SBS.

The opposition voted in favour of the bill, but Labor senator Penny Wong said it was "admission" that there was "harm already being inflicted" in the postal vote campaign.

"This bill cannot stop all of the hurt, all of the prejudice that's being expressed," she said.

"But it provides limited protections, and on that basis the opposition will be supporting it."

The bill will now head to the House of Representatives before it is passed into law.

One Nation leader Pauline Hanson voted against the protections bill, warning the interpretation of 'hate speech' could stifle the debate.

"If you have a difference of opinion, like I've just raised a couple of issues about children, am I going to be seen as intimidating someone? I'm upsetting someone?" she asked in the Senate chamber.

"Are we going to shut down the debate so we cannot have a say on this?"

Mathias Cormann said "merely expressing a view" would not trigger the law.

Cory Bernardi, leader of the Australian Conservatives, said he was concerned about George Brandis' gatekeeper role.

"Any individual member of parliament being able to determine whether a matter proceeds to court I think has some serious question marks around it," Senator Bernardi said.

He also raised concerns over social media content, including memes, and the difficulty of applying official authorisation rules in the online space. Labor senator Sam Dastyari agreed many people sharing social media content would be unaware there could be a legal implication.

Skye Kakoschke-Moore from the Nick Xenophon Team said the law alone would not protect vulnerable people.

"One the words leave the mouth of the offender, the harm is done," she said.

First survey forms in the mail

Survey forms were despatched on September 12, with remote regions including the Northern Territory the first to receive them.

By September 25, all 16 million enrolled Australians should have received their forms.

"Pop that form in your reply paid envelope and get it back to us as quickly as you can," Jonathan Palmer from the ABS told ABC TV.

"Please don't leave it lying around - you know the dog might eat it or something," Mr Palmer joked.

Mr Palmer said voters overseas would be able to vote online or by phone.

"We'll give you a special code that you can use online and you can use that either on an online form on the web or a telephone system where you can you can select one or two from your option," he said.

Mr Palmer also cautioned people not to post glitter or mark their forms with other messages.

"Worst case is we won't be able to process your form we'll have to destroy it - it might be regarded as suspicious," he said.

"It's not good for the safety of the staff processing it. So i'd ask you not to slip in any thank you notes or flowers, just slip in the survey form."

The result of the survey will be announced on November 15. In the event of a ‘Yes’ result, the Turnbull government has promised it will quickly move to hold a free vote in parliament, where a bill to legalise same-sex marriage would be expected to pass.

Labor leader Bill Shorten joined same-sex couples and their families for a rally outside Parliament House on Tuesday.

“They're raising their kids, they're in loving relationships and they just want the same deal that all other families have,” Mr Shorten said.

14-year-old Eddie Blewett travelled to Canberra with his two mothers, Claire and Neroli, to make the case for the ‘Yes’ vote.

He said he was afraid people would not bother to vote.

“I feel like people aren't going to vote,” he said.

“I feel like they're going to throw their ballot papers in the bin.”

Many in the ‘No’ campaign have argued same-sex marriage would lead to worse outcomes for children.

But Eddie Blewett said there was “nothing wrong” with his family.

“Don't listen. Be yourself. Vote yes,” he said. 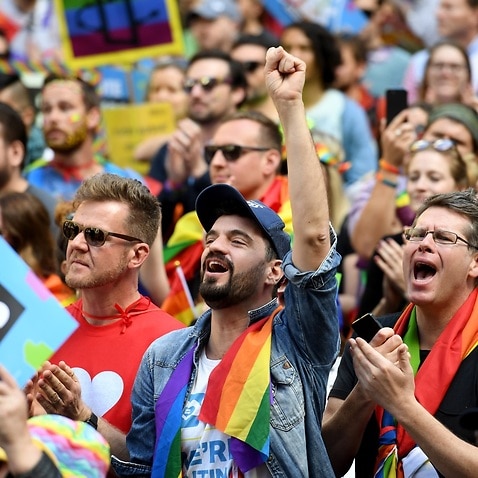 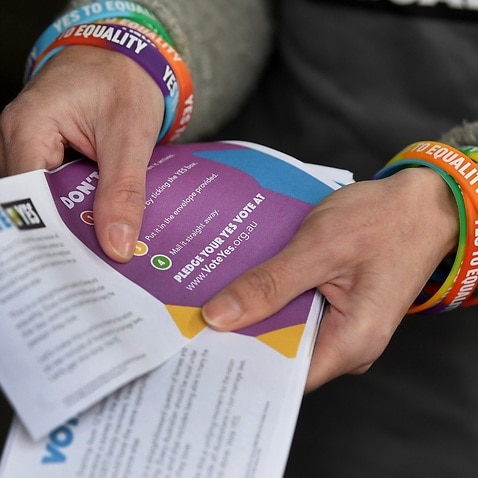 Support for 'no' vote in same-sex marriage survey grows: Research 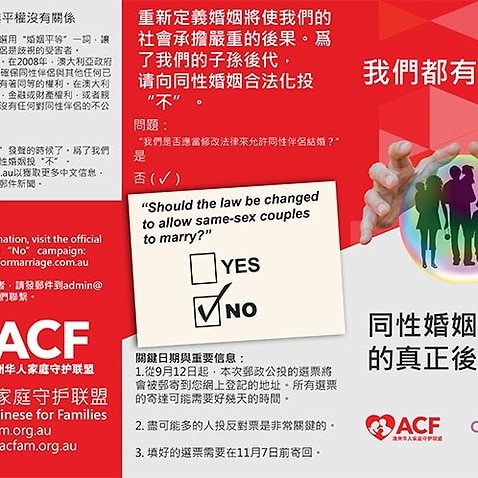