Here’s everything you need to know about having your say in the postal vote on same-sex marriage.

Do I need to enrol?

The postal plebiscite will use the normal electoral roll. That means that if you voted at the last election and you still live at the same address, you will automatically be enrolled to vote next month.

If you aren’t on the roll or your details are out of date you have until 11.59pm Thursday August 24 to get on the AEC website and fix them.

Around 14 per cent of young people aged between 18 and 24 are not currently enrolled, according to the latest data from the Australian Electoral Commission.

Nationally, the percentage of Australians of all ages who are not enrolled is about five percent.

When are we voting?

Ballot papers will start arriving in the mail from September 12.

You will have until November 7 to post them back.

No. Unlike the original proposal - in-person plebiscite - the postal vote is not mandatory.

Advocacy groups are already voicing concerns that voter turnout will be low, and that the results will not be representative.

But the government says anyone who wants to vote badly enough will be able to figure out the postal system.

“If they want to be part of the vote, they'll be part of it,” deputy prime minister Barnaby Joyce said.

Can I vote online instead?

A paperless option will only be provided for Australians overseas, in a remote area, or have no permanent address.

The paperless option will also be available for those living in a residential aged care facility and the visually impaired.

Those who qualify for the paperless option will be able to vote over an automated phone service or online with a special code requested in advance.

Otherwise, the vote will be done entirely through the post, conducted by the Australian Bureau of Statistics (ABS), and will not have an online element.

Labor argues that system will disadvantage young people who are less familiar with stamps and non-electronic forms of mail.

“Why on earth are we not opening this up to the internet?” asked Labor’s Sam Dastyari.

“Let's not kid ourselves. That is how [young Australians] participate in politics.”

But Barnaby Joyce said he was not concerned: “I think young people are just as competent as any other person.”

Can I vote from overseas?

Yes. The ABS will post you your ballot as long as you are registered as an overseas voter.

The ABS originally promised to mail ballot papers to registered voters overseas, but its website now suggests people should communicate their opinion to a reliable confidant in Australia.

“Eligible Australians that are overseas for this entire period could ask a trusted person to receive their form on their behalf, open it, complete it based on their instruction and return it to the ABS,” the statistics bureau has written on its website. Overseas Australians can get a 'trusted person' to vote for them on same-sex marriage: ABS

Do the results matter?

A final result from the postal poll is expected by November 15.

But the vote itself cannot legalise same-sex marriage.

In the event of a 'yes' vote, the government says it will allow a private member's bill to be introduced to the house in the final sitting fortnight of 2017 (the last week of November and the first of December).

Then members of parliament will be given a free vote, where it is expected to pass.

Parliamentarians will not be bound by the results of the plebiscite, but many, including some conservatives, have promised to respect the decision of the people even if it goes against their personal beliefs.

If the people vote "no" in the postal ballot, Prime Minister Malcolm Turnbull said no bill will proceed.

While there was some speculation that census rules might accidentally mean 16 and 17-year-olds could vote in the survey, the government has confirmed that will not be the case.

Special minister of state Mathias Cormann gave the Bureau of Statistics some extra instructions on August 16, confirming only those aged 18 or older and enrolled to vote would be allowed to participate in the postal ballot. 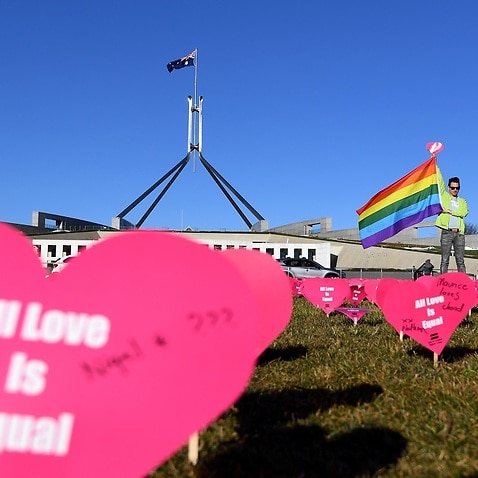 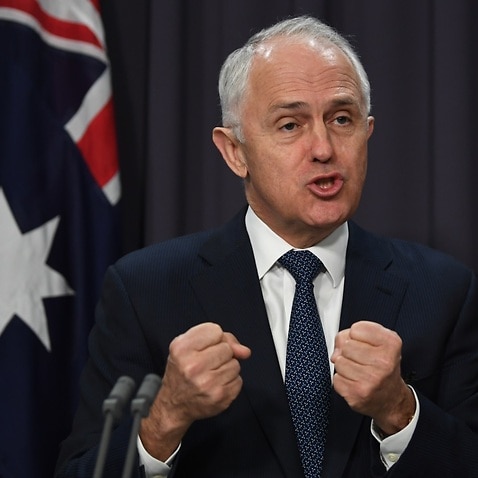