Samoan authorities have issued a warning to anyone discouraging people from being vaccinated against measles as a deadly outbreak worsens.

Samoan authorities are cracking down on anti-vaxxers as they try to limit the spread of a measles outbreak that has already claimed 20 lives.

Nineteen children under the age of five and one adult have died as the number of suspected cases of measles hit 1,644 on Friday with 202 diagnosed since Thursday alone.

The outbreak of the infectious disease, believed to have originated in New Zealand, has swept across the Pacific, but Samoa has been hardest hit due to low vaccination rates. The Health Ministry estimates two-thirds of its 200,000 residents are vaccinated, while UNICEF puts the vaccination rate even lower at 28-40 per cent.

Declaring a state of emergency earlier this month, the Samoan Government made vaccinations mandatory for all children and adults.

On Friday, a statement from the prime minister's office confirmed the state of emergency orders, including that compulsory vaccination was legally binding. 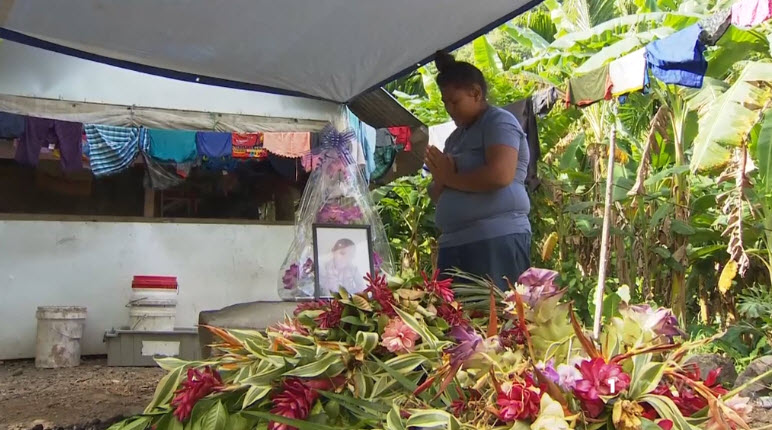 A Samoan mother grieves for her child who died of suspected measles.
TVNZ

"Any person that actively discourages or prevents in any way members of the community from receiving their vaccination injection, is hereby warned, to cease immediately, and is similarly warned not to take any further action of that kind."

However, it remains unclear how the orders will be enforced and if there will be any punishments for offenders.

Since the outbreak, Australian-Samoan anti-vaxxer Taylor Winterstein has likened Samoa's actions to Nazi Germany and suggested people are being forced into hiding to avoid getting immunised.

Ms Winterstein, whose husband Frank Winterstein has played rugby for Samoa's national team, instead advocates for vitamin A to be used to treat measles. 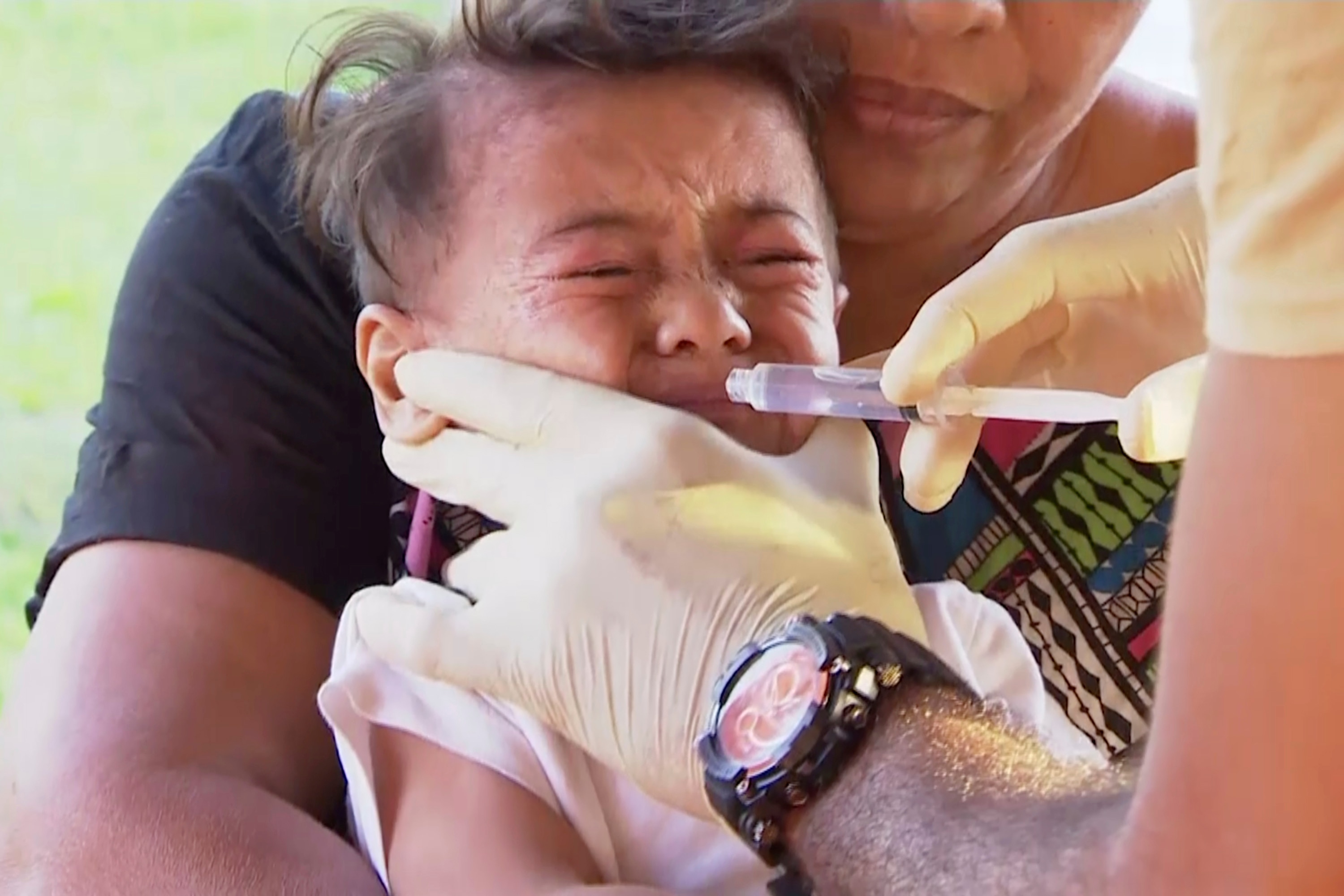 Samoa is rolling out a mass vaccination program in a bid to limit the spread of a deadly measles outbreak.
TVNZ

UNICEF is distributing more than 110,000 doses of the measles vaccine, with priority being given to those under the age of 19 and women aged between 20 and 35.

In further restrictions introduced on Friday, pregnant women who have not been immunised against measles have been banned from going to work.

Schools, kindergartens and the country's only university remain closed and anyone aged under 19 is barred from public gatherings.

30 people, including children, hurt after car ploughs through German carnival