Australian woman Sara Connor would be 'very ill-advised' to appeal her four-year sentence over the fatal assault of Indonesian police officer in Bali, a leading Indonesian law expert has said.

The 46-year-old mother of two from Byron Bay sat still with her eyes closed as Bali judges handed down their decision on Monday, almost seven months after her arrest.

They found both she and her British boyfriend David Taylor were culpable for the death of Wayan Sudarsa whose battered body was discovered on Kuta Beach in the early hours of August 17.

His face was covered in blood and he had dozens of wounds across his chest, neck and head.

Ms Connor's lawyer Robert Khoana told reporters he would advise her to appeal the sentence.

But Professor Tim Lindsey, the director of the Centre for Indonesian Law at Melbourne University, told SBS it was common in Indonesia for sentences to be increased on appeal.

"I think it's a pretty light sentence. Of course four years in a Balinese prison would not be light for the person doing the time, but compared to what she could have received for the killing it's pretty light," Professor Lindsey said.

"She would be very ill-advised to appeal because it is quite possible she could end up with a more severe sentence."

In the hours before Ms Connor heard her fate, Mr Taylor was sentenced to six years.

Both terms were less than the eight years prosecutors had requested for the offence of fatal assault in company, having preferenced this over the alternate charges of murder and fatal assault.

Professor Lindsey said regardless of whether Ms Connor chose to appeal, it was likely the Indonesian prosecutor would, because she received only half of the eight years they had asked.

"It is quite common for the prosecutor (to appeal).

"It will happen if a sentence is handed down that's less than two-thirds of what the prosecutors sought," Professor Lindsey said. 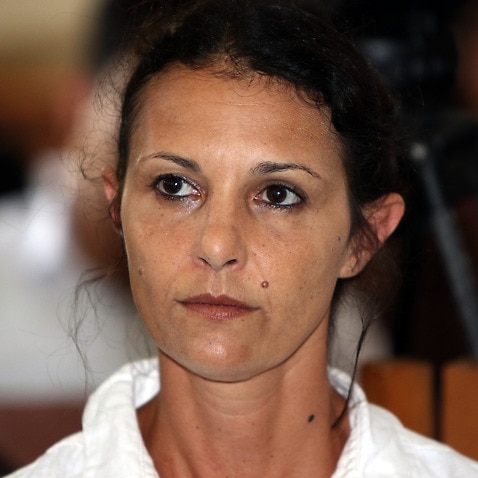 The sentence will include the seven months they have already served. If they show good behaviour while in Kerobokan prison, the terms may be reduced further.

While Mr Taylor's father John Taylor said they were "content" at the sentence and the 34-year-old former DJ said he would not be appealing - what Ms Connor or prosecutors will do next is unclear.

The jail term was a blow to Connor who proclaimed her innocence from the very start.

Her legal team argued she should be charged with eliminating evidence - an offence that carries a maximum nine months imprisonment.

Professor Lindsey said the judges giving a lighter sentence to Ms Connor was an acknowledgement that she played a lesser role in the killing than Mr Taylor.

"While they don't accept her claims that she had nothing to do with the killing, they do accept that she played a less significant role," Professor Lindsey said.

"It's not uncommon in Indonesia for female offenders to receive lighter sentences than male offenders, that may have played a part in it as well."

A statement released by Ms Connor's friends late on Monday spoke of the "devastation" they felt at the decision.

"The whole trial has been traumatic for the family, especially for Sara's two boys. At least we have certainty now."

Taylor, the court heard, became embroiled in a fight with Mr Sudarsa after confronting him over Connor's lost purse on Kuta Beach, which contained around $A300. 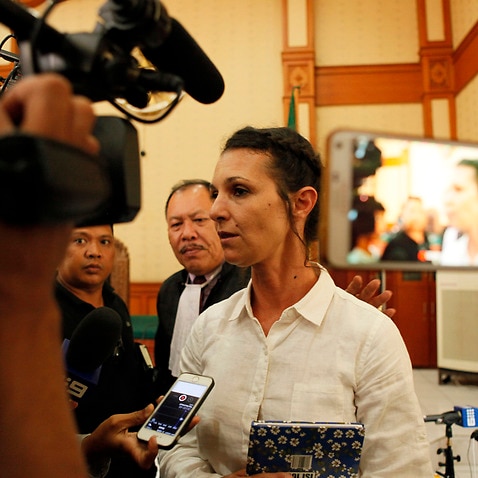 Both sides mull next step in Bali policeman killing case

While Connor has maintained she did nothing but try to separate Mr Sudarsa and Taylor during this melee, Chief Judge Made Pasek found she effectively pinned him down.

"The defendant's action was not intended to separate (them) but to help David Taylor so that the victim could not fight back."

She later cut up Mr Sudarsa's cards, which Taylor had taken from his motionless body, not in a bid to protect the police officer from identity fraud as she claimed - but because of the "guilt over what she did", Judge Pasek added.

Both she and Taylor have maintained they had no idea Mr Sudarsa was so seriously injured when they left him on Kuta Beach.

When they did hear news of his death on August 19, they burnt their clothes before going to the Australian consulate in Bali.

Connor and prosecutors have a week to decide whether to appeal the decision.