SBS has launched a new Arabic-language radio channel that will broadcast 24 hours a day, seven days a week.

It will also keep newly-arrived refugees from conflict zones in Iraq and Syria up-to-date with international news.

But the host of the new Drive program, Syrian-born Heba Kassoua, said there would be more cheerful content in the mix as well.

She is one seriously fun chica, and I'll be curiously checking out @hebakassoua's new Arabic24 Drive show on SBS next week...

“People who have come from Syria and Iraq, especially, are sick of the news, in a way," she said.

"Dry, sad news that they hear every day. So the Drive show will be a little bit of music, you know, happy days.”

Arabic is already one of the most widely spoken languages in Australia, rivalling Mandarin and Cantonese.

Another 12,000 asylum seekers from Syria and Iraq will be settled in Australia over the coming years, in addition to the regular humanitarian intake.

Great to hear @LaundyCraigMP reflect on Arabic24 on @SBSNews. @SBSArabic is an important source of news and local stories 4 community #radio

Liberal senator Arthur Sinodinos, speaking to SBS at the launch ceremony on Monday morning, said the service had the potential to combat the risk of radicalisation.

“I think what it does is to promote the strength of the Arabic-speaking community as a whole, which is a moderate community… and that sends a strong message to people who want to radicalise or in any way propagandise that we stand up for very strong Australian values,” he said. 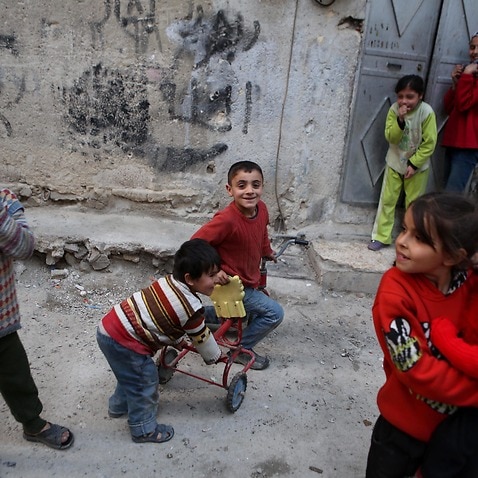