Liberal MP Andrew Laming has been forced to apologise for trolling two women who have accused him of online abuse on social media. 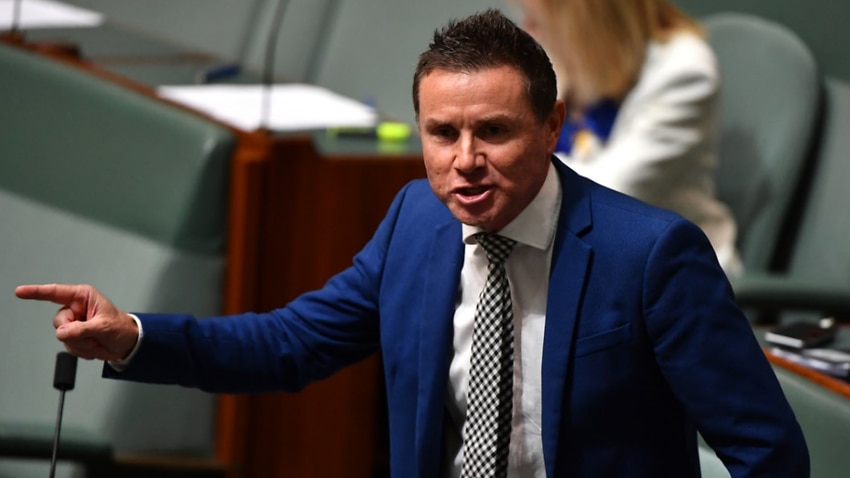 This article contains references to suicide and self-harm.

Prime Minister Scott Morrison has labelled the conduct of Liberal MP Andrew Laming "disgraceful", after he was forced to apologise for his treatment of two women on social media.

Mr Morrison hauled Dr Laming into his office on Thursday to demand he apologise for his behaviour online.

One woman, Alix Russo, told Nine News she has faced online abuse from Dr Laming - who accused her misappropriating funds from a charity organisation she worked at.

Ms Russo said the claim - which she denies - resulted in her wanting to take her own life.

Another woman, Sheena Hewlett, said Dr Laming has also harassed her online, as well as her husband.

Mr Morrison said he's made it clear to Dr Laming that the conduct is unacceptable.

"I found them [the posts] disgraceful and I called him into my office yesterday and told him to apologise and deal with it and he has," Mr Morrison said.

Mr Morrison said Dr Laming was "very clear" about his expectations the behaviour would end.

Dr Laming on Thursday in Parliament issued an apology about his conduct.

He conceded his social media commentary had caused significant distress to the women.

"I want to express my regret and deep apologies for the hurt and the distress that communication may have caused," he said on Thursday.

"I want to retract those comments and issue a public unreserved apology."

In one Facebook post, Dr Laming questioned whether Ms Russo was misappropriating funds through a Queensland charity for the homeless.

In another, Mr Laming said: “You got nasty. Threatened self-harm. Unfortunately for you, I make the rules and you follow them.”

The Queensland backbencher said he had lessons to learn about his behaviour online.

"I have made a concerted effort to understand the impact of these responses upon others and demonstrate a clear change in the way I communicate," he said.

"I want to say to any person who has received correspondence from me which fell short of what they expect from an MP that I intend to own that failure and apologise without hesitation."

“Once again Scott Morrison has got out the feather against a Liberal MP in Andrew Laming who has had vile abuse against his own constituents,” he told reporters.

“In my view Andrew Laming isn’t fit to continue as a member of Parliament … that sort of behaviour is completely unacceptable.”