Scott Morrison has declined to visit the homes of a group of Torres Strait Islanders who are taking their complaint against government inaction on climate change to the UN. 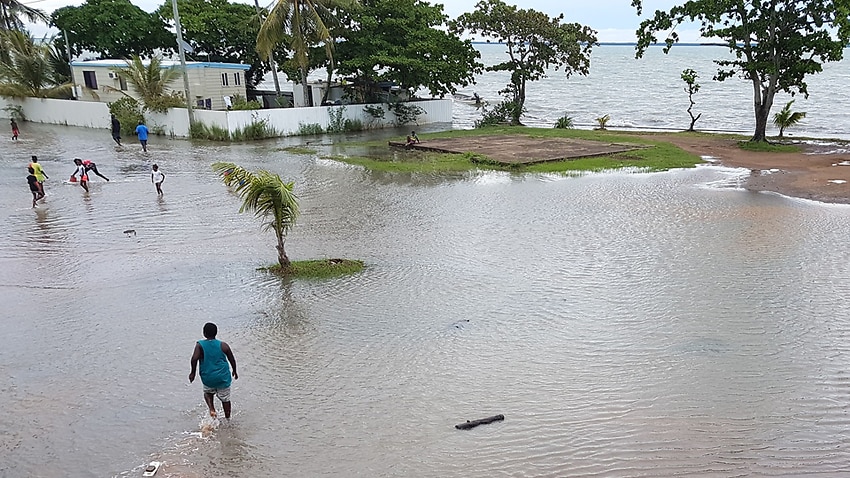 The prime minister has refused to visit low-lying islands in the Torres Strait. Source: Supplied

Prime Minister Scott Morrison has rejected an invitation to visit the homes of Torres Strait Islanders who have lodged a complaint with the UN about the government's climate change inaction.

A group of Torres Strait Islanders have accused the Morrison government of breaching their human rights over its failure to cut emissions and build defences such as sea walls.

After lodging an official complaint with the UN Human Rights Committee in May, they asked Mr Morrison to see for himself the effects of climate change on their low-lying homes.

But Mr Morrison has declined, as has Emissions Reduction Minister Angus Taylor to make the journey to Australia's north.

Complainant Yessie Mosby said they were disappointed Mr Morrison would not visit.

"Just like those battling bushfires on the mainland, our islands are on Australia’s climate frontline."

The group argues the government has failed to invest in proper sea walls to protect them from rising sea levels. Source: Supplied

Mr Mosby said the complainants are demanding Australia increase its commitment to cut emissions under the Paris Agreement in the lead-up to COP 26 next year.

“We’ll wait and see what Canberra declares in coming months, as will our fellow islanders across the Pacific.

“This is not a problem for another country to sort out. Bushfires, floods, droughts, extreme heat and in our case rising seas – this is the reality of living in Australia now,” he added.

In their letter to Mr Morrison, the Torres Strait Islanders described how rising seas were threatening homes, swamping burial grounds and washing away sacred cultural sites.

The prime minister's office has been contacted for comment.