Prime Minister Scott Morrison says criticism of Liberal MP Gladys Liu over her connections to Chinese government-linked organisations is an "insult" to the 1.2 million Chinese-Australians.

Mr Morrison stopped short of calling critics of the Hong Kong-born MP racist, but said the criticism had "grubby overtones". 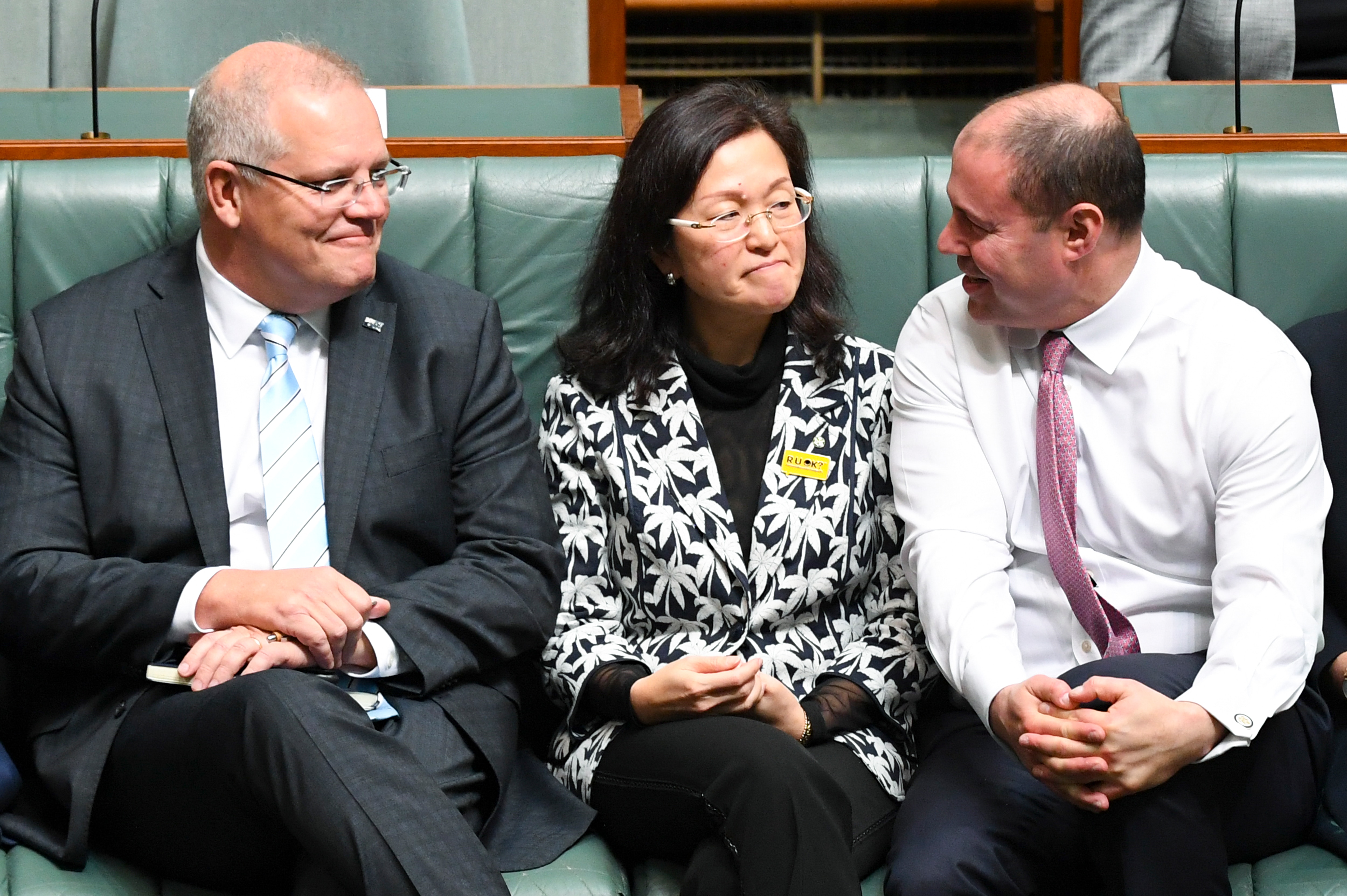 Gladys Liu sits in the middle of Scott Morrison and Josh Frydenberg during a vote in Parliament.

"Gladys is a Chinese-born Australian. Does that make her in cahoots with the Chinese Government? Of course not," Mr Morrison told reporters in Canberra on Thursday.

"It is a ridiculous suggestion and I think it is an insult to every single Chinese-Australian in this country."

Ms Liu hit back on social media on Thursday night, tweeting "the claim that I worked or volunteered for the Chinese Consulate is completely false".

The claim that I worked or volunteered for the Chinese Consulate is completely false.

The MP was seen wiping away tears in question time as her past was the topic of strenuous debate.

Ms Liu has come under intense pressure after a disastrous interview on Sky News on Tuesday night when she said she could not recall if she was a member of two Chinese Government-linked groups, as reported by the ABC earlier that day.

She also struggled to answer questions about Chinese President Xi Jinping and the South China Sea. "She gave a clumsy interview. Fair enough. She is in her first term. I think she should be extended some comfort and support."

Mr Morrison defended the Victorian MP as Labor ramped up pressure on Ms Liu to explain her connections to Chinese-government linked groups in Parliament.

Labor's Mark Dreyfus moved the motion to force Ms Liu to make a statement to Parliament to respond to discrepancies in her statements and "questions which have been raised concerning her fitness to be a Member of the Australian Parliament". 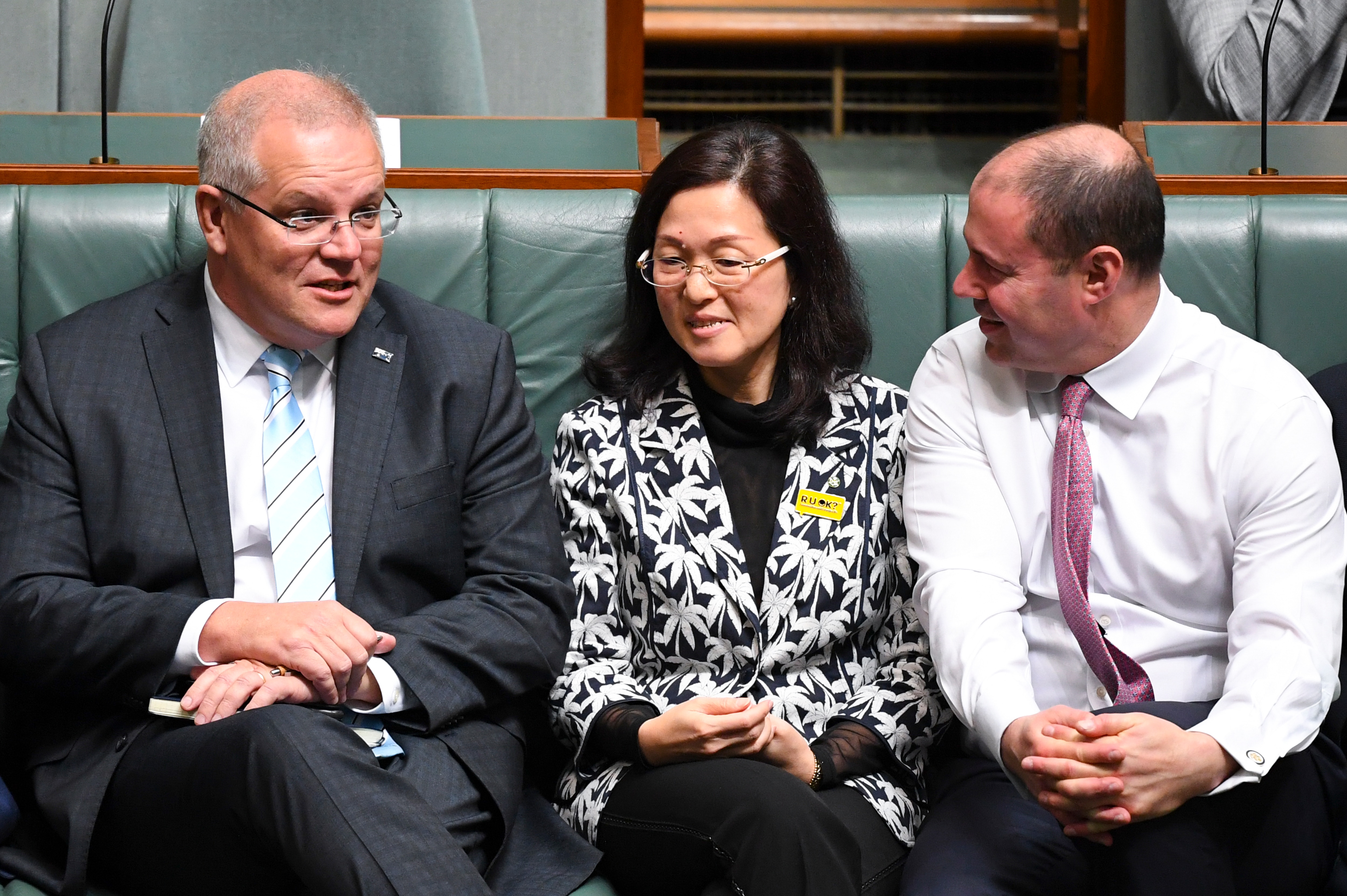 Gladys Liu has avoided the media and resisted calls to make a statement to Parliament.
AAP

Since then, Ms Liu has avoided the media and resisted calls to address Parliament on the matter, instead issuing a statement on Wednesday admitting she had in fact been an honorary member of the Guangdong branch of the Chinese Overseas Exchange Association.

"It is not good enough for the member to just issue a written statement, she must stand up in this house and explain," Mr Dreyfus told Parliament.

Ms Liu was in the chamber at the beginning of the session but left during Mr Dreyfus' speech. 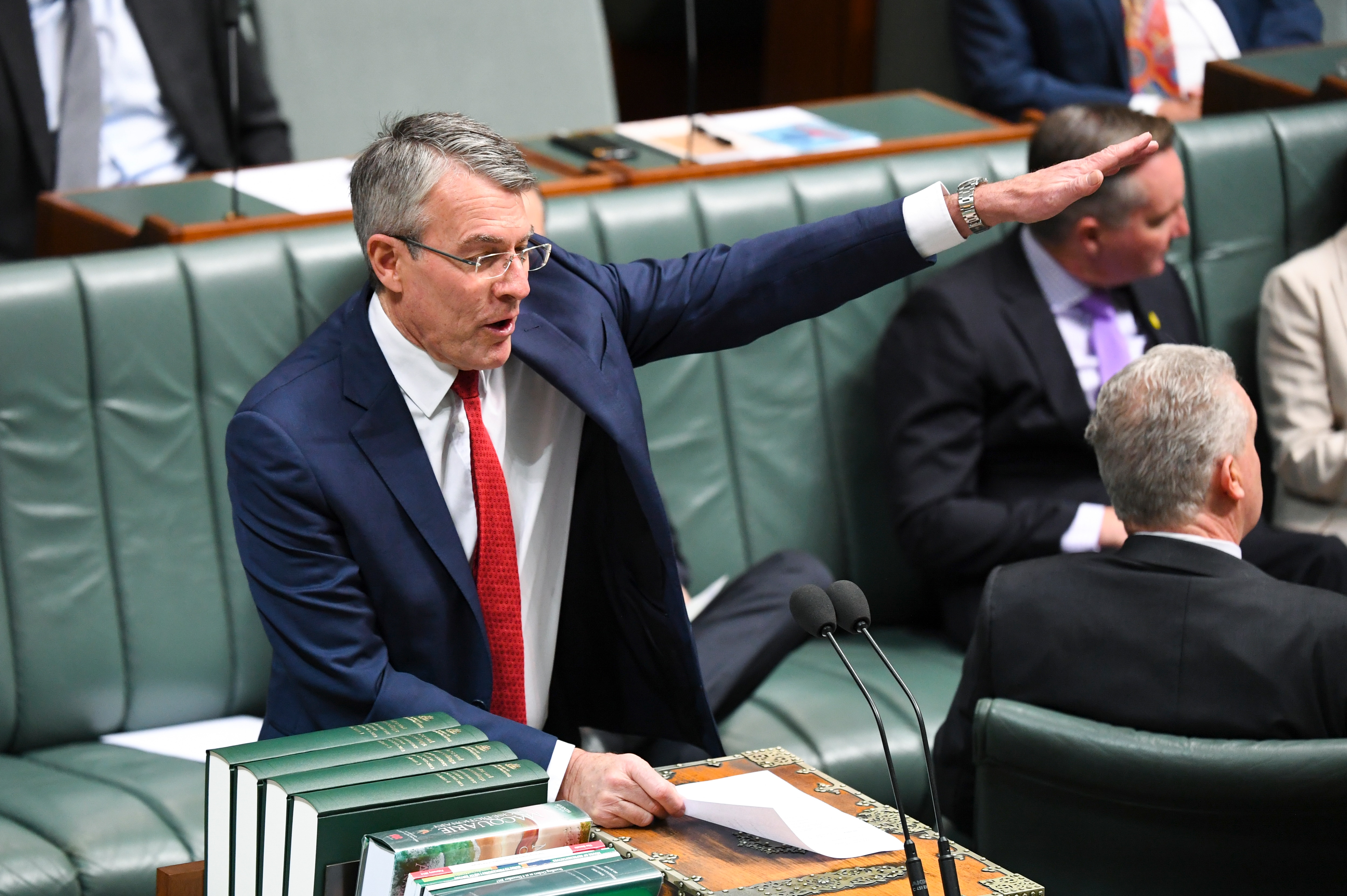 "She has run away," Mr Dreyfus said. "She was here when I started speaking, she doesn't want to front this house, and fully explain the mess she made on national television."

The government used its majority in the House of Representatives to defeat the motion, with Prime Minister Scott Morrison and Treasurer Josh Frydenberg showing their support for the Victorian MP by sitting next to her during the vote.

"The fundamental proposition that they are putting is that a Chinese Australian with a wonderful heritage, who overcame domestic violence, who came to this country, and has natural associations with Chinese organisations, by virtue of those associations is not a fit and proper person to be here," Mr Porter told the chamber.