The coalition government is expected to push for a technology investment target in a bid to cut emissions. 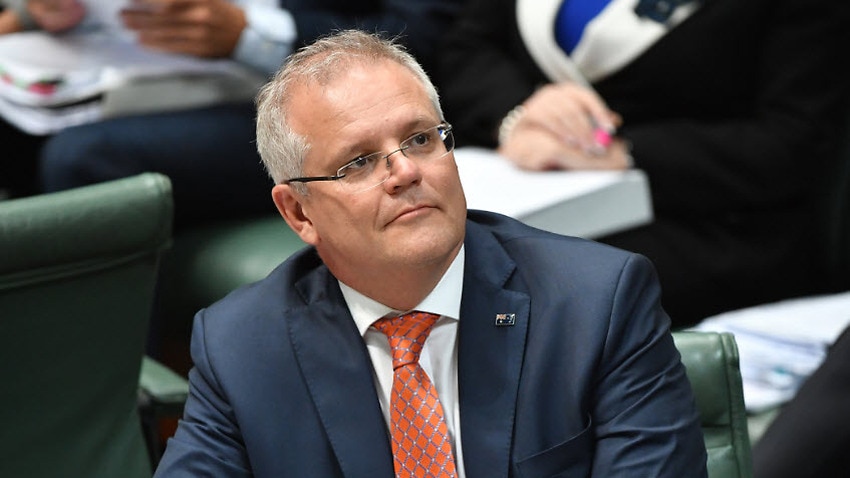 Scott Morrison has called reports his government could adopt a technology investment target "speculative" but insists he won't sign up to a global agreement that would increase power prices and cost jobs.

Australia is expected to argue technology is the best way to meet a net-zero goal that countries signed up to in the 2015 Paris agreement, at an international summit in November, The Australian reported on Tuesday.

Moderate Liberal MPs have been pushing for a net-zero emissions target, while conservative forces within the coalition are fiercely opposed to the idea.

Prime Minister Scott Morrison said he wouldn't sign up to any target without knowing if it would cost jobs or force taxes higher.

"Currently no-one can tell me that going down that path won't cost jobs, won't put up your electricity prices and won't impact negatively on jobs in the economies of rural and regional Australia," he told reporters.

Mr Morrison also pointed to New Zealand, which has signed up to the 2050 target, exempting agriculture despite the sector being the country's biggest contributor to emissions.

"We're going to get on with the job of ensuring there's ample investment in renewables, as well as sustainable baseload power to support our heavy industries and our jobs in our regions," the prime minister said.

The possibility of an investment target comes after Nationals MPs shared their scepticism over implementing a zero-emissions target by 2050.

Nationals Leader Michael McCormack said he was concerned reaching the goal would be too costly.

"I think if you go down that path, what you're going to do is send factories and industries offshore. Send manufacturing jobs offshore. That's not the Australian way," he told the ABC's Insiders.

"And of course, we don't know what technologies are going to be invented over the next 30 years. It's a long way down the track to 2050."

“I haven’t looked at the modelling or costs and benefits of net zero emissions closely because it just seems so fantastical to me," he told Sky News on Sunday.

"It seems like the kind of things that governments say, because they’re not doing much today but they’d like to try and hoodwink people that they might do something in 30 years time."

Meanwhile, Labor is also debating its approach to climate change and resources with some MPs warning the party against hostility towards coal.

"When people appear to be against one area of the resources sector, WA gets worried," he told The Australian.

"Labor is a party that supports the resources industry and its workers across the nation, as well as supporting action to reduce emissions. The two aren't mutually exclusive."