Second baby among 41 new coronavirus cases in the ACT

ACT health authorities are scrambling to trace the origin of a growing COVID-19 cluster linked to a Canberra hospital that now stands at five, including two babies. 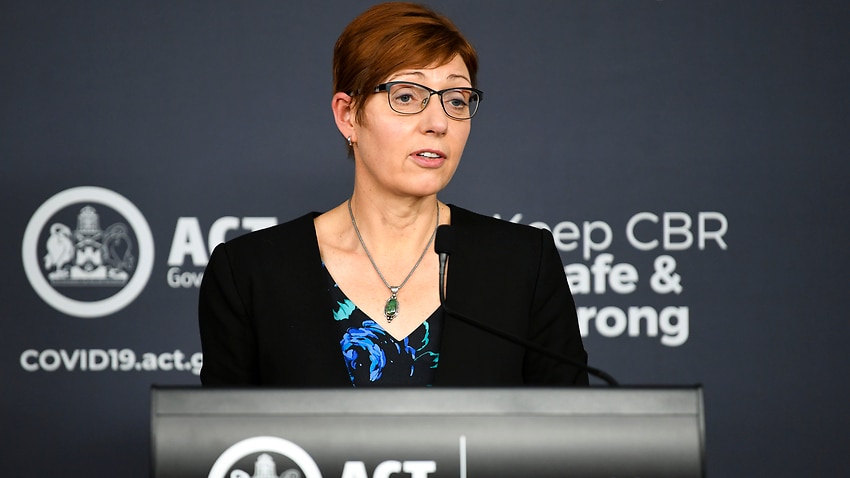 The ACT has recorded 41 new cases of COVID-19, with a second baby infected with the virus at a Canberra hospital.

There are now five cases associated with a cluster at the Centenary Hospital special care nursery, after the first baby was identified as having the virus on Tuesday night.

Health authorities have said the cluster includes two babies and a hospital worker, along with two carers who had been visiting the ward.

ACT Health Minister Rachel Stephen-Smith said work was ongoing to identify the source of the outbreak.

"There are 28 team members who are unable to work as a result of this exposure," Ms Stephen-Smith said on Thursday.

"I'd like to reassure Canberrans that this is being expertly handled."

Of the 41 new cases, 14 are linked with known cases and 24 are under investigation.

Ms Stephen-Smith said health authorities were notified of a number of new cases late on Wednesday.

However, she said it was likely many of the late cases would be able to be linked to known outbreaks.

The number of COVID-19 cases in hospital is now at 15, with seven in intensive care and six of those on ventilators.

Of the patients in hospital, 11 of those are unvaccinated and four have had just one dose.

One-third of the ACT's hospital patients with COVID-19, including two in ICU, are residents from regional NSW.

With the NSW government bringing forward the easing of some COVID-19 restrictions sooner than anticipated, Ms Stephen-Smith said it was expected there would be more cases in regional areas next to Canberra.

However, the ACT government has no plans to ease its restrictions sooner than planned.

"We're going to have to wait and see a little bit around what it means for us. We are most focused on what this means for our local region.," Ms Stephen-Smith said.

"It's going to be interesting to see what happens when those restrictions are lifted, combined with a relatively high vaccination rate."

Canberra's lockdown is set to end on October 15.

Ms Stephen-Smith said it was estimated that hospital and ICU admissions for COVID-19 in the ACT would rise further as restrictions eased.

"Over the next few weeks we expect to have around 30 COVID patients in hospital and around 10 in ICU," she said.

The ACT is now at 96 per cent of its eligible residents having a first COVID vaccine, with double dose figures at 67.2 per cent.