Scott Ryan's decision to resign from federal parliament before the next election creates a casual vacancy for the Victorian branch of the Liberal Party. 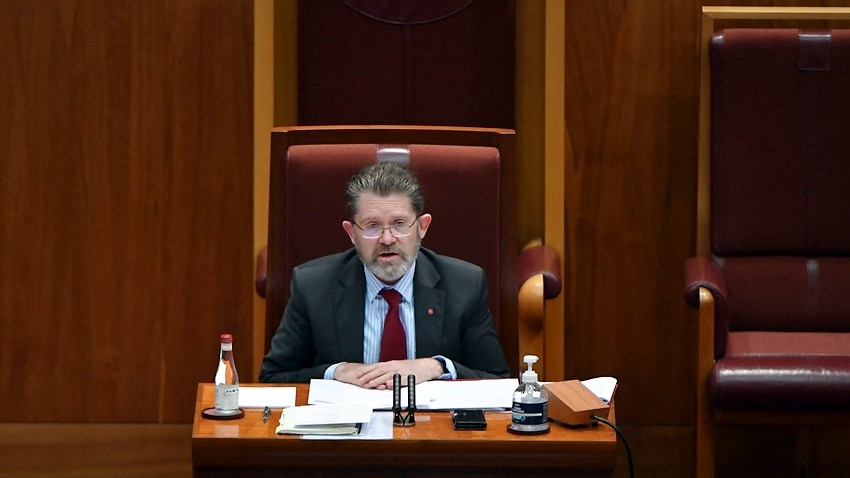 Victorian Liberal senator Scott Ryan has cited restricted travel during the pandemic as a factor in his decision to retire nine months earlier than originally planned.

The Senate president said the immediate resignation was timed to occur before federal parliament resumes on 18 October, marking the end of 13 years in politics as a senator, minister and senate president.

Last year, he announced his intention to retire from federal politics at the next election.

He said he has brought forward that decision to allow his party colleagues time to select a new Senate president before the end of the year.

"I am making this announcement and providing this extensive period of notice to ensure all senators have the opportunity to attend Parliament to elect a new President prior to the end of the year, given the current requirements upon travel to and from Canberra," he said in a statement.

He said he felt honoured to serve as Senate president for the last four years, saying the collegiality of those he worked with made it a positive experience.

"We are a bicameral parliament and I have been fortunate to serve as Senate president along with my longtime friend Tony Smith as Speaker of the House – not only one of the great Speakers but someone who understands and respects the unique role of the Senate".

Mr Ryan assumed the role of Senate president after Stephen Parry vacated the position due to dual citizenship issues.