Compensation could be paid to three asylum seeker families after a report found sending them and their young children to Nauru breached their human rights. 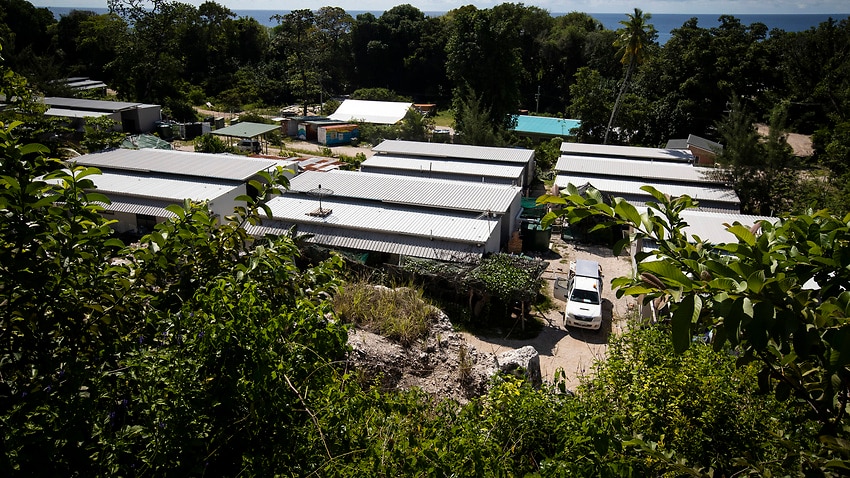 Three Iranian asylum-seeker families could get compensation after a report found sending them to Nauru was a breach of their human rights.

The Australian Human Rights Commission ran an inquiry into complaints from three asylum seekers families with children under six years old when they were sent to Nauru.

Richard Lancaster SC's report found the conditions in the island detention centre were not safe for families, especially with young children.

He said putting the families in vinyl marquees on the phosphate plateau of central Nauru failed to protect them from heat, rain and the risk of serious disease, including dengue fever.

"Some families had been transferred to Nauru during a dengue fever epidemic," the report, which was tabled in parliament on Thursday, said.

Mr Lancaster recommended the commonwealth pay the families "an amount to compensate them for the loss and damage they have suffered as a result of the breaches of their human rights identified in this report."

AHRC president Rosalind Croucher said Australia had effective control over the day-to-day operation of the centre, so the conditions were Australia's responsibility.

"This report makes for disturbing reading. The conditions in which families were detained on Nauru posed grave risks to their physical and mental health," Ms Croucher said on Thursday.

This report makes for disturbing reading

"The government should not have transferred people to Nauru while it knew that these risks existed."

Each family was detained at the regional processing centre on Nauru for between nine and 18 months.

One family was resettled in Nauru, while the other two families were returned to Australia for medical treatment and are still in Australia.

Mr Lancaster found the department's "best interests assessments" for children failed to take the best interests of children into account as a primary consideration.

He recommended Australia confirm it will not send unaccompanied minors or families with children to Nauru.

Mr Lancaster also recommended the families, children and single women who were previously accommodated on Nauru be offered resettlement in Australia.