Bhutanese twins Nima and Dawa have appeared in in public as separated girls after leaving a leading Melbourne pediatric hospital on Monday.

Separated Bhutanese twins Nima and Dawa have left hospital, appearing for the first time in public as individual girls.

The 15-month-old sisters left the Royal Children's Hospital on Monday with their mum Bhumchu Zangmo after successful surgery on November 9.

The sisters had spent their lives joined at the torso prior to the operation. Bhutanese twins Nima and Dawa are wheeled out of hospital.
SBS News 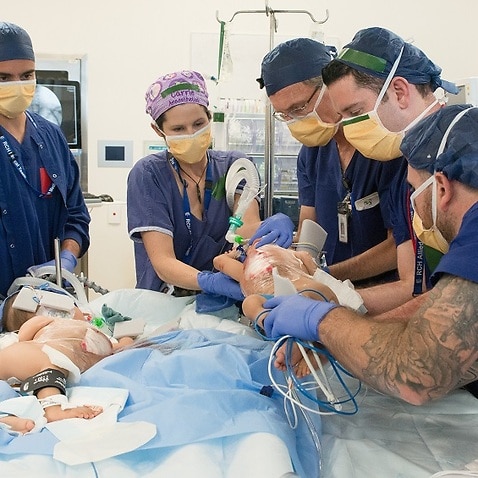 Separated twins Nima and Dawa 'reach for each other'

They are expected to travel regional Victoria with their mother to continue their recovery at the Children First Foundation's Kilmore retreat, before going home to their family. 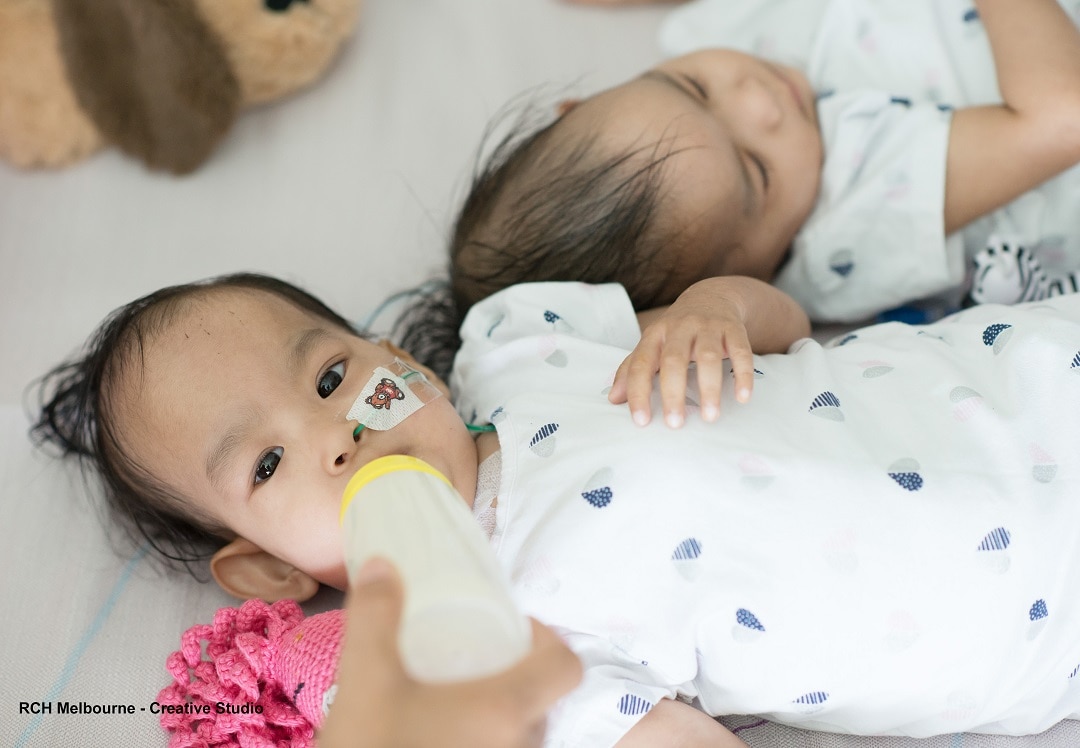 The foundation helped bring the girls and their mother to Australia for the surgery. The 15-month-old sisters leave the Royal Children's Hospital after the successful operation.

The girls and their mother arrived in Australia in October but waited weeks for the surgery while twins built up strength.