Serena Williams loses No.1 ranking after maternity leave; is it time for change?

Serena Williams' return to Grand Slam tennis after maternity leave just got even tougher. French Open organisers won't give her a seeding, sparking calls for a rule change. 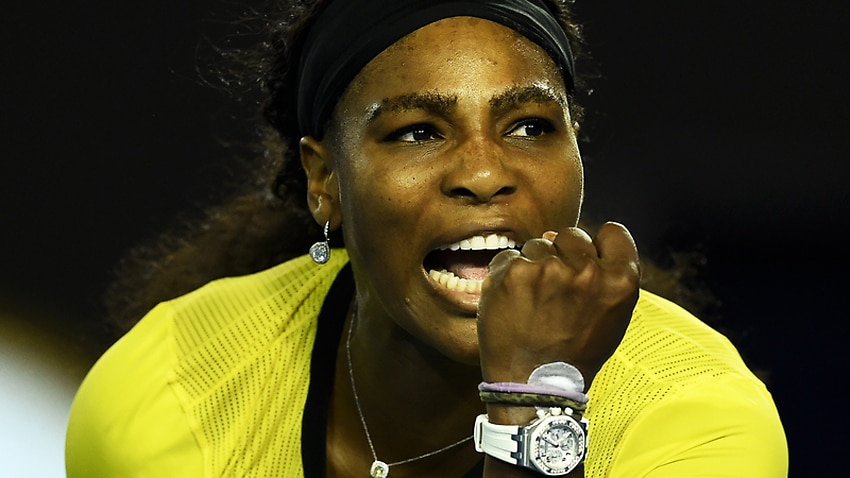 As always, Serena Williams is a conversation starter. Source: AAP

As ever, Serena Williams is a conversation starter.

She has generated debate inside and outside of tennis since she took her first swings on the pro tour at age 14 at a time when the WTA banned 14-year-olds from its main circuit.

Now that she has become one of her sport’s greatest champions and a new mother, Williams, 36, continues to set the agenda.

Despite her Open-era record of 23 major singles titles, she is unseeded at the French Open, where she is scheduled to play Kristyna Pliskova on Tuesday in her first match at a Grand Slam tournament in 16 months.

Williams also was unseeded at the BNP Paribas Open and Miami Open, the only other tournaments she has played in this start-and-stop comeback in 2018 in which her singles record is 2-2.

Serena Williams won't be seeded at her grand slam return at the French Open.

When other leading players returned from maternity leave, including Kim Clijsters and Victoria Azarenka, there was no uproar when they were not among the seeds. But Williams is not just any leading player, and the women’s tour, in the midst of an extensive review of its policies, is now being pressured to change its rules.

Some change seems all but certain. It seems likely that players coming back from pregnancy in the future will be able to return with a protected ranking after a longer period than the current two years, and they may be allowed to use that special ranking in more tournaments than the current eight.

But change on the seeding issue is far from certain. The issue is thornier than it might first appear, and reaching consensus among the players is hardly straightforward.

“It is a complex one, and I think it’s complex because it’s not your normal work environment,” Steve Simon, chief executive of the WTA Tour, said in a telephone interview on Monday. “It is competition. You’re dealing with independent contractors, and by the nature of competition, you are not guaranteed anything. But yet there is a feeling you should have some rights, and I think our rules do address a lot of that. It really is just one element of the rule, to be honest, which is in discussion. That’s the use of the special ranking for seeding.”

Williams, like all WTA players returning from maternity leave, has a protected ranking that she can use to enter eight tournaments in a 12-month period. Williams was No. 1 before she took her break from the game in February 2017.

She and some of her leading rivals, including current No. 1 Simona Halep, have argued that there should also be protected seedings, both to avoid unbalanced draws and to not dissuade players from having children earlier in their careers.

“You shouldn’t have to stop altogether just because you want to have a baby young,” Williams told The New York Times in a recent interview. “You don’t want to be my age having your first baby, you know what I mean? So I think as a woman you should have that choice to get pregnant and have a baby and still be able to have a career just like in any other job.”

Do you need protected seeding to achieve that in tennis?

“I think you do,” Williams said, before referring to Azarenka, a 28-year-old former No. 1 player, who also recently returned to the circuit after childbirth.

“Victoria is doing amazing, she really is, and she’s also had a lot of time to get fit and be ready,” Williams said. “But some players, they work their whole lives to be top 30 and they start doing really well, decide to have a family, and it takes them a while to get back and to have to do all that work again.”

For Williams, it does not seem fair to have to start from scratch with no seeding, and even Ivanka Trump chimed in last week, tweeting, “No person should ever be penalised professionally for having a child. The #WTA should change this rule immediately.”

This is ridiculous. @SerenaWilliams is a formidable athlete (best ever!) and loving new mother. No person should ever be penalized professionally for having a child! The #WTA should change this rule immediately. #FrenchOpen.https://t.co/W5jQ5aEUXm

But other players who have recently returned from pregnancy do not see it as starting from scratch and are concerned about those who would be penalised by guaranteeing returning mothers a seeding.

Mandy Minella, a 32-year-old from Luxembourg, just made it into the main draw of this French Open with a special ranking of 104 after giving birth to her daughter, Emma, in October.

Like Azarenka, whose special ranking is No. 6, Minella lost in the first round on Monday.

“When you come back, you shouldn’t be seeded because you have players who work all year and play good all year to earn the seeding spots,” Minella said. “In a Grand Slam, if you would put in this case Serena as the first seed, the No. 32 is pushed out.”

Minella still wants change. She thinks returning mothers should be able to use a special ranking for at least 12 tournaments, not eight. But in Minella’s view, she and Williams do have access to the workplace: a spot in the main draw. They just do not deserve automatic access to a privileged position in that workplace, much as a WNBA player returning from pregnancy is not guaranteed a spot in the starting lineup.

“We want to have Serena Williams,” Minella said. “We want to see her. She’s important for tennis, and she can be in any tournament. I think if she’s fit enough, she will come back to where she belongs, right? But she has to prove herself again after practising. In sport, you have to prove yourself over and over again.”

That would be true with or without a protected seeding. You still have to beat seven players to win a major singles title, and with Williams not having played a competitive clay-court match in nearly two years, that will be quite a challenge in Paris.

This is the most difficult surface for many players to adjust to, Williams included. She has proved that she can win Wimbledon on grass without playing warm-up events. But she has never won any of her three French Open titles without competing on clay in the lead-up.

Williams’ draw here could have been worse. Pliskova is unseeded and has yet to win a French Open match. But Williams could potentially face seeded players in the next six rounds if she were to do the unlikely and reach the final. (It’s been done: Clijsters, then 26 and unseeded, won the 2009 US Open, her third tournament back after taking more than two years off to have her first child.)

French Open officials have been criticised for not including Williams among their 32 seeded women, but Guy Forget, the tournament director, made the very good point that the WTA Tour itself does not allow Williams a seeding under its current rules. Why should Roland Garros do so?

Wimbledon, which has a tradition of deviating from the rankings in its seeding because of the specificity of grass, is likely to take a different approach. Williams is a seven-time Wimbledon singles champion and won the title in 2015 and 2016, her most recent appearances. Even if rusty, she has to be considered one of the 32 biggest grass-court threats in the world.

Azarenka, a member of the WTA Player Council, said it was important to make a rule that would work not just for Williams but for everyone.

“This conversation was not on the table last year when I was coming back, and I was not seeded in Wimbledon,” she said. “Wimbledon has the choice to do that, and this year they are going to be seeding Serena.”

That is not yet certain, but the WTA Tour once had this discretion, with its chief executive authorised to use a special ranking for seeding purposes at its own events. Lindsay Davenport was seeded this way at several tournaments in 2002, as were Serena Williams and Venus Williams in 2004 before the rule was changed after pushback from other players.

But Davenport and the Williamses were returning from injury, not pregnancy, in those years. The feeling now is that the injury and pregnancy should be treated differently in the WTA rulebook. If there is change, it is likely to have little effect on Williams. Simon said if the rule was revised, it would not be put in place until the start of the 2019 season.

He and Azarenka defended the integrity of the process on Monday.

“It’s very easy to say, ‘Oh, you know, they are not seeded, it’s a terrible, bad rule,'” said Azarenka, who is ranked 84th and has a 11-6 record since returning to tour in June. “But there are a lot of things that are going into this rule and into the thought process. So I would like to just, for the record, say that please give us time and we will, as a women’s association, we will make sure that we have the best for women players and for our sport.”

Building consensus does seem the right way to go here. So does making the right move for everyone, not just the greatest women’s player of this era.