A lawyer representing the Damond family says the plan to recreate the shooting scene in snowy conditions is 'silly'. 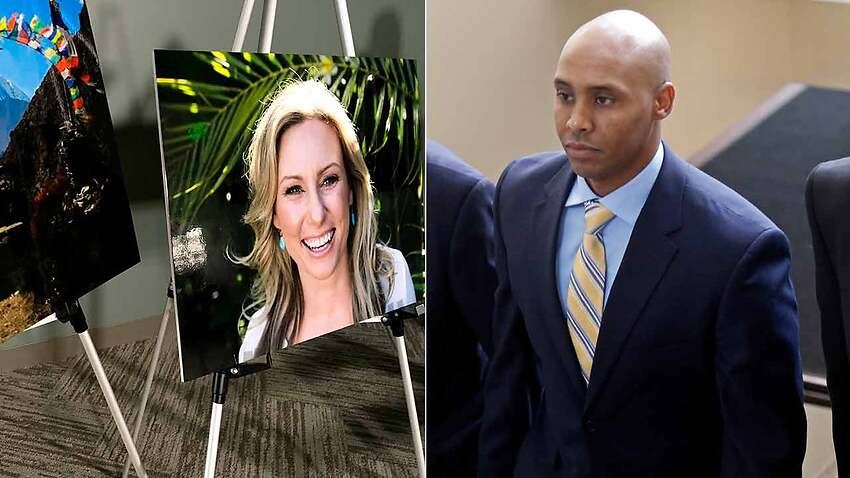 Former police officer Mohamed Noor who has been charged with the second-degree murder of Justine Damond wants to recreate the shooting. Source: AAP

A lawyer representing the family of the Australian life coach shot dead by a Minneapolis police officer has described as "silliness" any plan to recreate the scene in snowy conditions.

A judge in Minneapolis has allowed Mohamed Noor, the former police officer charged with the second-degree murder of Justine Damond-Ruszczyk, access to a Minneapolis Police Department squad car on Friday.

Mohamed Noor arrives at the Hennepin County Government Center for a hearing in Minneapolis on 8 May, 2018. Source: AAP

Noor's legal team told the court the moon on Friday will be in the same phase as July 15 last year when, just before midnight, Ms Damond approached Noor's squad car in an alley near her home and was fatally shot by the officer.

Bob Bennett, the US lawyer who filed a $US50 million civil lawsuit on behalf of Ms Damond's family against Noor, his partner Officer Matthew Harrity and the city of Minneapolis, said an attempt to replicate the scene "would only make sense when conditions can be replicated".

The shooting happened in summer.

If a recreation went ahead on Friday, it would be in sub-zero conditions in Minneapolis' bitter winter.

"Obviously, they can't be replicated in December when there's no leaves on the trees and there's snow on the ground," Mr Bennett told the Minneapolis Star- Tribune newspaper.

Family and friends lay flowers during a candlelight vigil for Justine Damond on Freshwater Beach, in Sydney on 15 July 2018. Source: AAP

Weather records indicate the city had a top temperature of 32 degrees Celsius on the day Ms Damond was shot and it cooled to around 18C when the bullet was fired.

The top temperature on Friday in Minneapolis is expected to be minus 6C and around minus 12C just before midnight.

Ms Damond called police fearing a woman was being raped after hearing screams near the alley behind her home.

Noor, sitting in the front passenger seat of the police car, allegedly shot across his partner and out the window, striking Ms Damond in the stomach.

Noor faces second- and third-degree murder charges at a trial in Minneapolis on April 1.

His lawyers noted in their request to gain access to a police vehicle for
Friday's tests the squad car Noor was in on the night of the shooting was not preserved.

They plan "to independently gather information, make measurements and allow testing and analysis" with the vehicle that is made available.