Inspired by the decriminalisation of gay sex in India, a DJ has lodged a court challenge against Singapore's ban on sex between men. 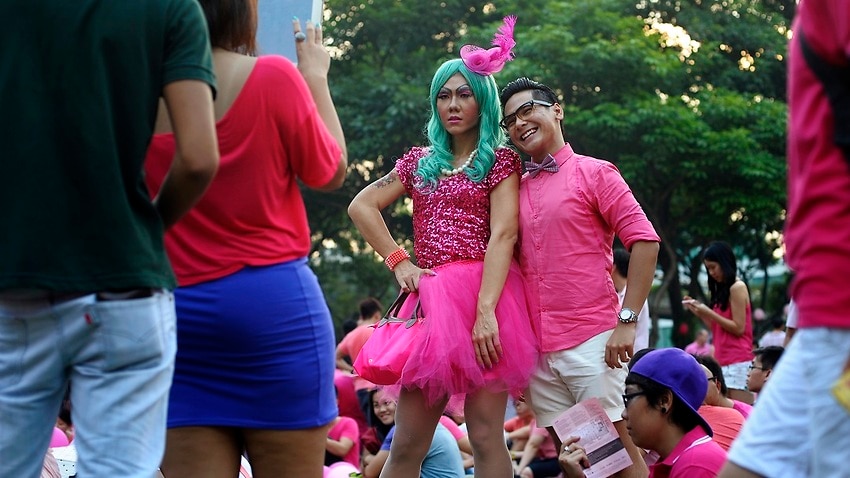 A Singaporean disc jockey has lodged a court challenge against a law banning sex between men in the city-state, his lawyers said Wednesday, inspired by last week's landmark ruling in India.

Sex between men remains illegal in Singapore due to a law inherited from the same colonial-era statute, although it is rarely enforced.

Lawyers for Johnson Ong - a former ambassador for Singapore's leading gay rights group Pink Dot and known as DJ Big Kid - said they will introduce evidence to show the ban runs counter to the constitution's guarantee of personal liberty.

"We will argue that dignity is a foundational concept which forms the bedrock of the fundamental liberties provisions of the Singapore Constitution," they said in a summary of their arguments sent to AFP, adding that they will show this law violates human dignity.

The new OFFICIAL petition. To all my friends & esp straight allies, S377A is an archaic anti-gay law that was forced upon us by the British almost a century ago. This law has absolutely no place in modern Singapore.... https://t.co/ymUjJ9PZ8i

In 2014, Singapore's appeals court dismissed a constitutional challenge by a gay couple against the law -- known as Section 377A of the penal code -- saying it was up to parliament to repeal it.

But lawyers Eugene Thuraisingam and Suang Wijaya, who are representing Ong without payment, said they will cite a 2015 US report which says that sexual orientation "is unchangeable or suppressible at an unacceptable personal cost".

If this is so, "criminalising the manifestation of sexual orientation - that is, consensual intimate activity - must be in violation of human dignity," they said.

The lawyers will also argue that since the first challenge in Singapore was dismissed four years ago, there have been court decisions worldwide legalising same-sex marriage or gay sex, including the Indian court's ruling.

But public support for gay rights has been growing, with thousands turning up in recent years for Singapore's annual Pink Dot gay rights rally.

Singapore Law and Home Affairs Minister K. Shanmugam said last week the government stood between a majority of Singaporeans opposing the repeal of the law and a "growing minority" who want it abolished.