At least six people are dead and 18 others missing after Typhoon Nock-Ten lashed the Philippines over the Christmas holidays, the government said Tuesday as it tried to assess the damage.

The unusually late storm first hit the eastern provinces on Christmas Day, flooding roads and farms, destroying homes and damaging ships as it crossed the archipelago, though the highly-populated Philippine capital was spared.

In the worst incident, a ferry known as the MV Starlight Atlantic sank off the coastal province of Batangas, killing one and leaving 18 crewmen missing, the coast guard reported after confirming the number of people on board.

Five others were killed by floods and falling objects knocked down when the storm hit, bearing gusts of 235 kilometres (146 miles) an hour, local officials said.

Typhoon Nock-Ten (known in the Philippines as Nina) took out power in many eastern provinces, with energy officials unsure when electrical services would be restored, spokeswoman for the Philippines disaster-monitoring agency Mina Marasigan said. Four dead as Typhoon Nina makes its way across Philippines

More than 429,000 people were preemptively evacuated from their homes in vulnerable areas and over 330 flights were cancelled due the typhoon, official figures showed, while houses and infrastructure also took a beating.

"We saw many houses destroyed by the strong winds. Infrastructure like schools and hospitals as well. We are still awaiting the exact figures of how many houses were destroyed, on the exact cost of damage," Marasigan told reporters. 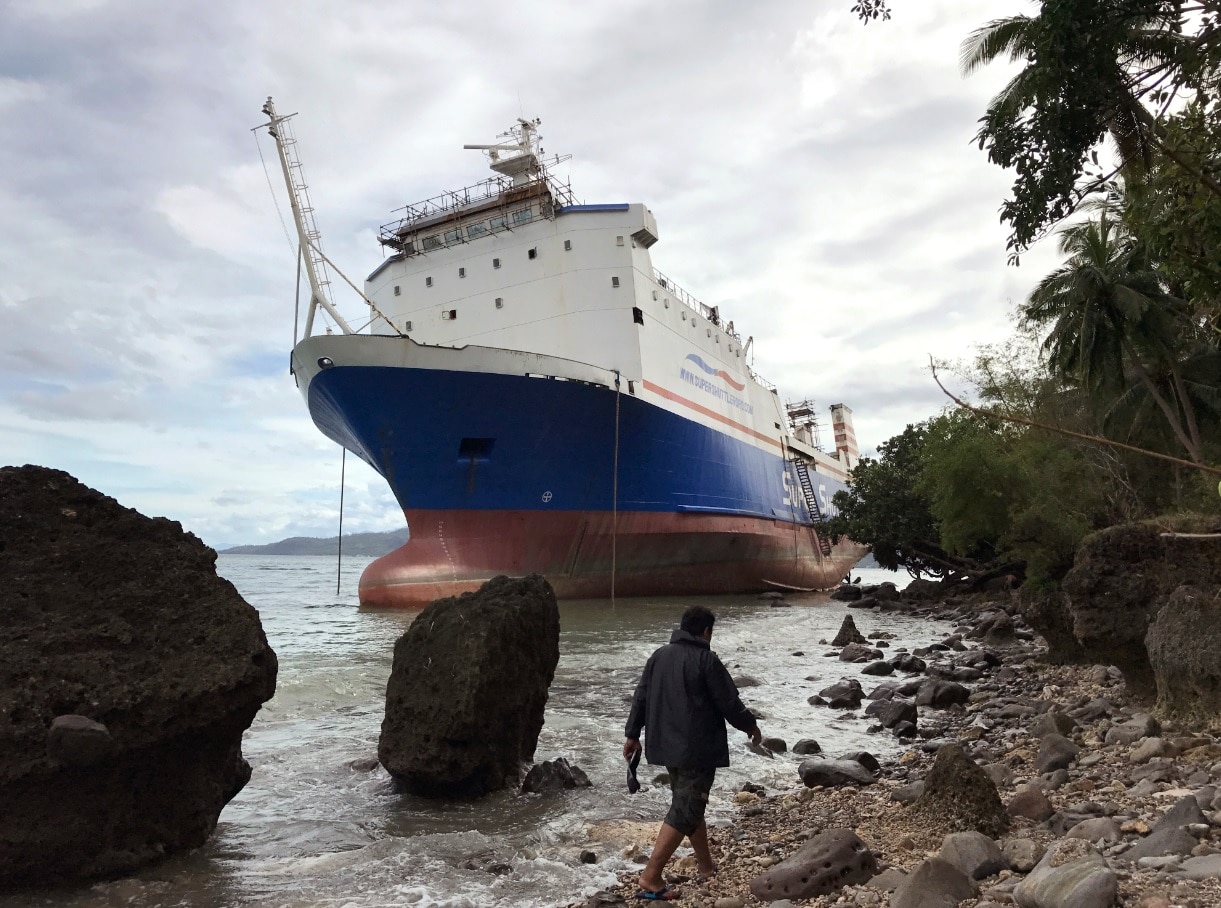 Nock-Ten had been expected to bring heavy rains and winds to capital city Manila, home to 13 million residents, but the typhoon lost force as it crossed the eastern islands.

It left the main Philippine island of Luzon on Tuesday heading west to the South China Sea.

Some 20 typhoons and storms strike the Philippines each year, routinely killing hundreds of people.

Huge tsunami-like waves devastated the city of Tacloban and nearby areas when super typhoon Haiyan struck the central Philippines in November 2013, leaving 7,350 people dead or missing.