Six months after Australia's borders were closed to anyone who is not a citizen or permanent resident, temporary visa holders are desperate for information on when they'll be able to reunite with their families.

Temporary visa holders separated from their families due to Australia’s international border closure are losing hope they will be reunited, six months after the travel ban was announced.

Prime Minister Scott Morrison suggested the restrictions on people entering and leaving Australia would be in place for at least six months when he announced it on 18 March.

But as the half-year mark of the ban approaches on Sunday, the government has given no indication of plans to remove or review the travel restrictions, with Mr Morrison warning it is unlikely to be lifted by Christmas.

Without a clear timeline, some temporary visa holders separated from their children by the border closures, and unable to obtain a travel exemption to reunite, say they are losing hope. 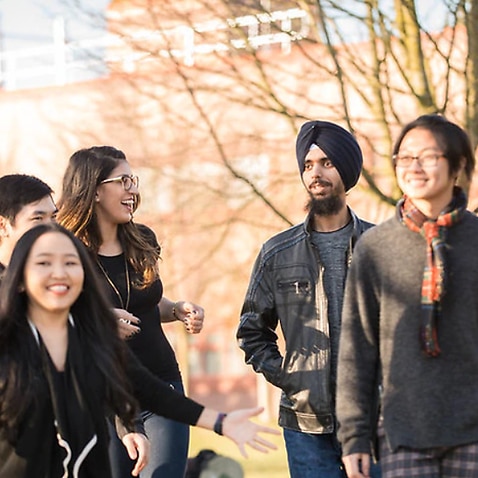 Brisbane resident Usman Rafiq has made more than 30 applications for exemptions for his wife, Kaynat Ami, and his 14-month-old daughter, Maheen, to be allowed to travel to Australia from Pakistan, but each one has so far been rejected.

Non-citizens hoping to enter Australia are able to apply for an exemption to enter the country for “for compassionate and compelling reasons”, according to the Department of Home Affairs website.

“How can our situation be more ‘compassionate’, having a six-month daughter and my wife stuck there, how can I be more compassionate than that?,” said Mr Rafiq, who has not seen his daughter and wife since January.

The 31-year-old holds a Temporary Graduate visa after completing his master's degree in environmental engineering and is currently employed in what is deemed an essential industry. 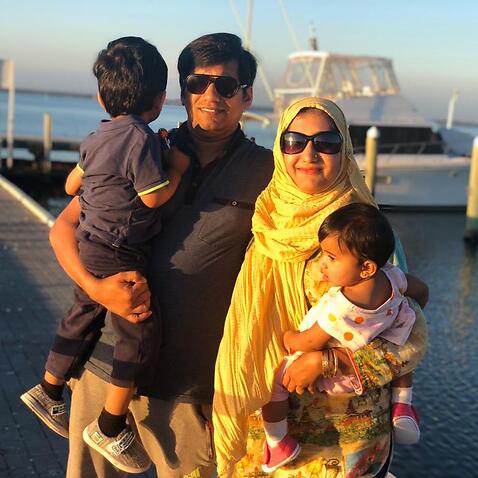 This family's flight from Pakistan was delayed two hours, now their lives in Australia are ‘on hold’

Ms Amir, who has been granted the same visa, travelled to Pakistan to give birth to the couple’s daughter due to a lack of medical cover in Australia but has been unable to return due to the border closures.

“It’s such a confusing, depressing situation … What should I do?" Mr Rafiq said. "If I go back and leave everything here, it means whatever time I’ve spent here, it will not come back. I will have wasted all my efforts. We came out here to make our future better.”

He said his family would be happy to undergo COVID-19 tests and pay the cost of mandatory hotel quarantine if granted an exemption, but they just want to know when, if ever, that will happen.

“She’s started saying ‘Papa’ to me [over video call], but she doesn’t know me," he said of his daughter. "It just comes out of her mouth - it kills us.”

“I look at the media all day … even if we are sitting, eating, drinking water, all the time keep scrolling, [looking] if there is any news coming.”

When asked by SBS News if there was a timeline in place for reopening the borders, or reviewing the ban, an Australian Border Force (ABF) spokesperson said a decision would be made by the government “in due course”.

Dyandra Mol, a student visa holder, has been stuck in the Netherlands for six months after leaving Australia in March to introduce her family to her newborn son. She told SBS News she just wants to know when she will be able to come home.

“I do understand there are travel bans, but it’s already [been] six months, it’s too long," the 32-year-old said.

Ms Mol’s partner is unable to join her in the Netherlands as he is seeking asylum in Australia and is without a valid passport. He hasn’t been able to see his son, now 10 months old, for six months after Ms Mol's application for a travel exemption was rejected 13 times. 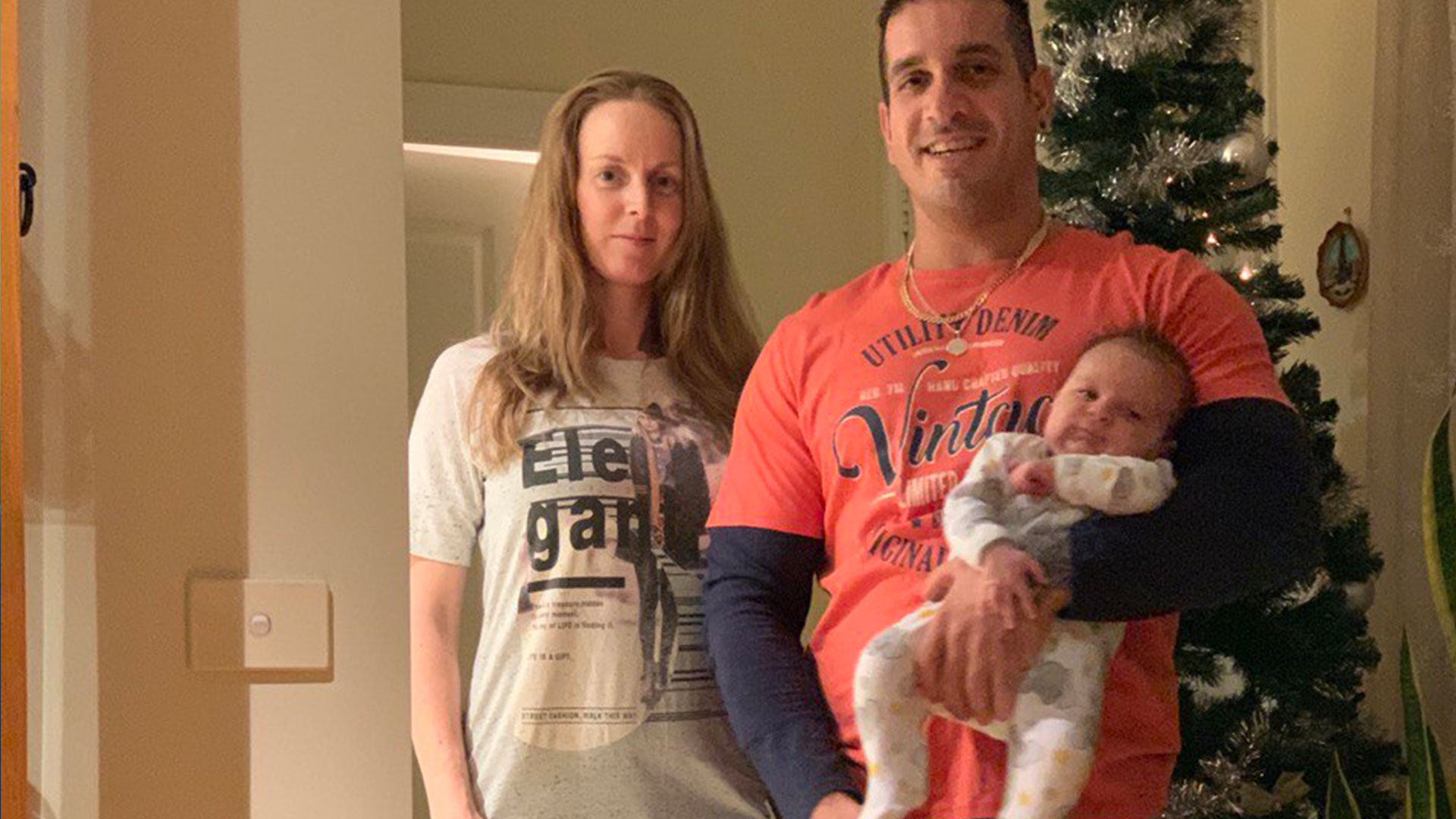 Dyandra Mol with her partner and their son before they were separated in March.
Supplied

“We want to be reunited before his first birthday, it’s very important to me,” she said.

As some families plead for information on their future, others have already made the difficult decision to give up their life in Australia to be together.

Christi-Ann Emous, who first spoke to SBS News in May, was separated from her husband Christopher Bilsborrow for more than five months after moving to Australia with her two children, Azalea, one, and Willem, four, in March to take up a high-level position within her company.

The couple sold their home in Oregon, shipped their furniture to Australia, and Ms Emous, 41, settled in Sydney’s northern beaches with plans for her husband to follow soon after.

But after the borders were shut, he was unable to get an exemption to travel. 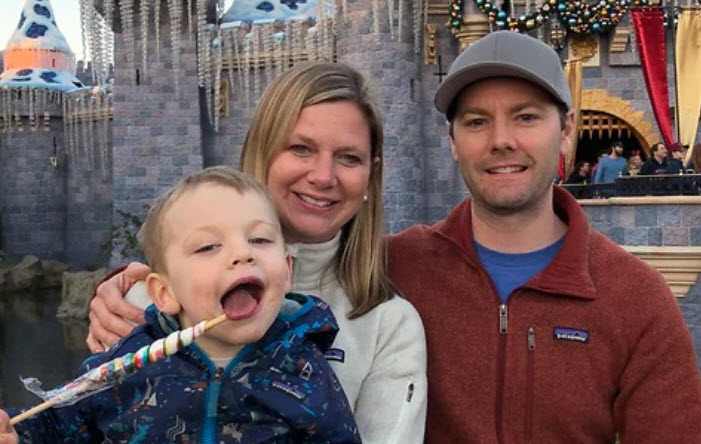 Christi-Ann Emous with her son and husband before they were separated.
Supplied

As a result Ms Emous made the difficult decision to leave Australia and return to the US and her husband in August; a process she said cost tens of thousands of dollars.

“It wasn’t sustainable for us to be apart indefinitely. They [Home Affairs] never processed his visa and were unwilling to give us any updates,” she said.

“The toll that it took on us as a family was unbearable and my mental health, as well as the mental health of my children and husband, has suffered exceptionally.

“I am deeply saddened to have gone through this year.” 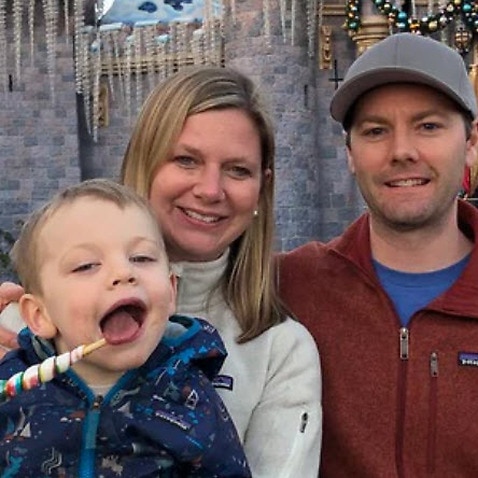 The ABF spokesperson said each case for a travel exemption was individually considered based on the application and “balanced against the government’s intent for imposing the travel ban and the health risks posed to the Australian community by international travellers”.

Between 25 March and 31 August, more than 40,000 Australians have had their application to travel overseas approved, compared with 13,300 who have been denied, they said.

On Friday, Mr Morrison announced the weekly cap on international travellers returning to Australia, including citizens and permanent residents, would be increased by 2,000 by mid-October. The number of international flights able to land in Australia each week was capped in July, following the COVID-19 outbreak in Melbourne.

"Ultimately we'd like to see those caps lifted, as they were back in early July. That would be my goal," he said.