Old mattresses can easily end up as landfill. Or, as this social enterprise has shown, be used to create new employment opportunities for disadvantaged people.

Every year in Australia, 1.2 million mattresses end up as landfill.

Mattress recycling company Soft Landing aims to divert as many as possible away from the tips.

"We take mattresses from retailers, manufacturers and councils, pick them up, bring them back here and break the mattress down and take all the constituents out of the mattress on sell those parts where it's possible, strip them down so we get the highest diversion rate from mattresses heading to landfill," Soft Landing National Operations Manager Bill Dibley said.

The company has has 85 contracts and operates in four locations across the country.

Bill Dibley says its Smithfield warehouse in Sydney west, is its busiest with 350 mattresses coming through the doors everyday.

"We can get up to 90 per cent of that mattress broken down, and refurbish or put back into the environment," he said. "So the steel goes to Bluescope, foam goes to carpet underlay through Dunlop foams. We actually have a punching bag business where we can take the textile and put them into punching bags."

The social enterprise doesn't receive any special government assistance and is profitable.

Five years ago, annual revenue was $1.2 million. This year it expected to be $8.5 million.

After costs, Mr Dibley says that money goes to its purpose; employing those who are disadvantaged.

"Eighty per cent of our staff come from either long term unemployed, Aboriginal employment, mental health barriers, or through the corrective services," he said.

"They've had a criminal record or a charge against them, so they've got some barriers but to us we call them diamonds in the rough and we like to work with them and they are the absolute life blood about what we're about."

Swinburne University says there are about 20,000 such social enterprises in Australia, employing 300,000 people.

"They tend sometimes to not be recognised as legitimate businesses, or not understood by the wider public or business consumers of their goods and services so that can be a challenge, and then the other main challenge is in their operations so finding that balance between mission and market making sure that they are financially viable as well as making sure they are not drifting away from their own social purpose."

But Professor Barraket says more of them are popping up.

"We're seeing at the moment, a generational cry for meaning, and purpose in work and also an opportunity to apply creative skills to our work and social enterprise is one vehicle that offers those opportunities."

Professor Barrakey adds, other businesses are implementing social strategies too.

But unlike commercial businesses, Mr Dibley says Soft Landing's greatest outcome is when its staff are poached.

"We have the transitional staff - they want to come in build some skills, build some further training, get their truck licence and they go out to the main skill employment and that's a great outcome for us," he said.

"One of the greatest outcomes we find is when our competitors poach our staff because it means we've done a really good thing as opposed to most organisations going, 'oh no that's a bad thing'. We actually encourage our organisation because that shows we've trained these guys to a really strong calibre and people will want them and once again that's all about building capacity in people and bringing out the best for them." 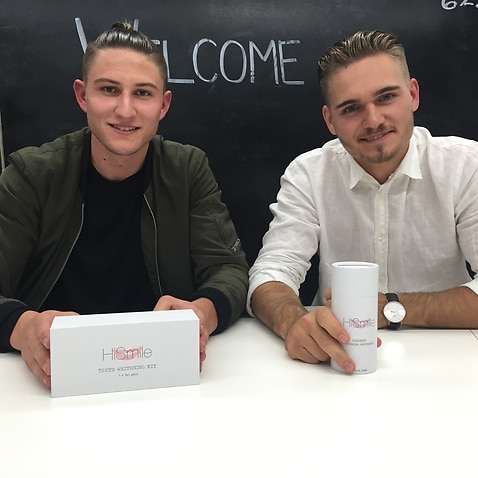