Pauline Hanson has refused to condemn a racist verbal attack on Sam Dastyari, labelling the Labor senator a 'smart arse'.

Pauline Hanson has refused to condemn a racist verbal attack on Sam Dastyari, labelling the Labor senator a "smart arse".

Both the Prime Minister Malcolm Turnbull and Opposition Leader Bill Shorten have condemned the attack by a group of men calling themselves working class patriots.

The men heckled the Iranian-born senator at a Melbourne bar on Wednesday night with "You terrorist. You little monkey" and demanded to know if he was a Muslim.

"They are the sickening face of white nationalists in this country. What's happening is our politics is heading into a very, very ugly place," Senator Dastyari told the Nine Network on Thursday. 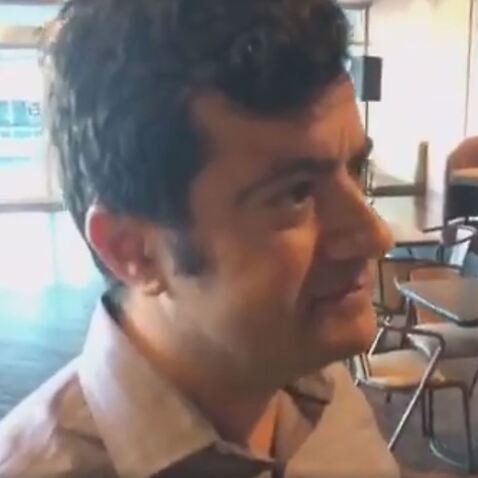 Malcolm Turnbull said there was no place for racial vilification in Australia.

"That is because our society is built on a foundation of mutual respect. It should have zero tolerance for racist abuse like this," the prime minister told the Seven Network.

Labor Leader Bill Shorten said he was disgusted by the "ugly" incident.

"What is this country coming to when you cannot go out for a meal without being abused by racist idiots," he said.

‘Go back to Iran': Labor senator heckled at Melbourne pub

Senator Hanson accused Senator Dastyari, who she likened to comedic character Mr Bean, of using the incident to create publicity for his recently-released book.

"He's played up this whole thing," she told reporters on the campaign trail in Queensland.

"I've got absolutely no time for him whatsoever - I think he's smart arse."

The One Nation leader was unrepentant: "What a joke he's nothing but a pipsqueak."

The men from the right wing group Patriot Blue filmed the incident and posted it on their Facebook page.

But speaking to The Today Show, Senator Dastyari left things on a lighter note.

"They went to a bar and didn't even stay for a drink," he said. What kind of patriots are they?"