Experts say new approaches need to be tested in the classroom to address flatlining results, something one primary school in Sydney's north has enthusiastically taken on board.

The kindergarten class at Anzac Park Public School in Sydney's North is unlike many others. On sunny days the students sit outside, they are rarely behind a desk and core subjects like mathematics are taught through coding programs.

Kindy student Anna said she makes her Lego creation move by connecting it to an iPad.

Outside, six-year-old Henry sits comfortably on a bean bag chair; he’s also busy coding and explains his mission is to “save the environment,” by creating a robot that will help to clear rubbish.

The school sits on an old RSL site and was built from scratch, opening to kindergarten students earlier this year.

“As a new school we’ve been able to embrace the best of education, the best of what research is telling us is going to make the big impact on learning, literacy and numeracy,” Anzac Park Public School Principal, Unity Taylor-Hill told SBS.

The new approach was a big draw card for parent Wes Shaw, whose daughter Olivia is in kindergarten.

“The environment [seems to] allow them to grow and learn the way they need to, instead of being the one rigid way which is fantastic,” Mr Shaw told SBS.

“It’s completely different to when I was a kid, with the teacher in front of you and you’d just listen,” parent Jenny Phillipson said. 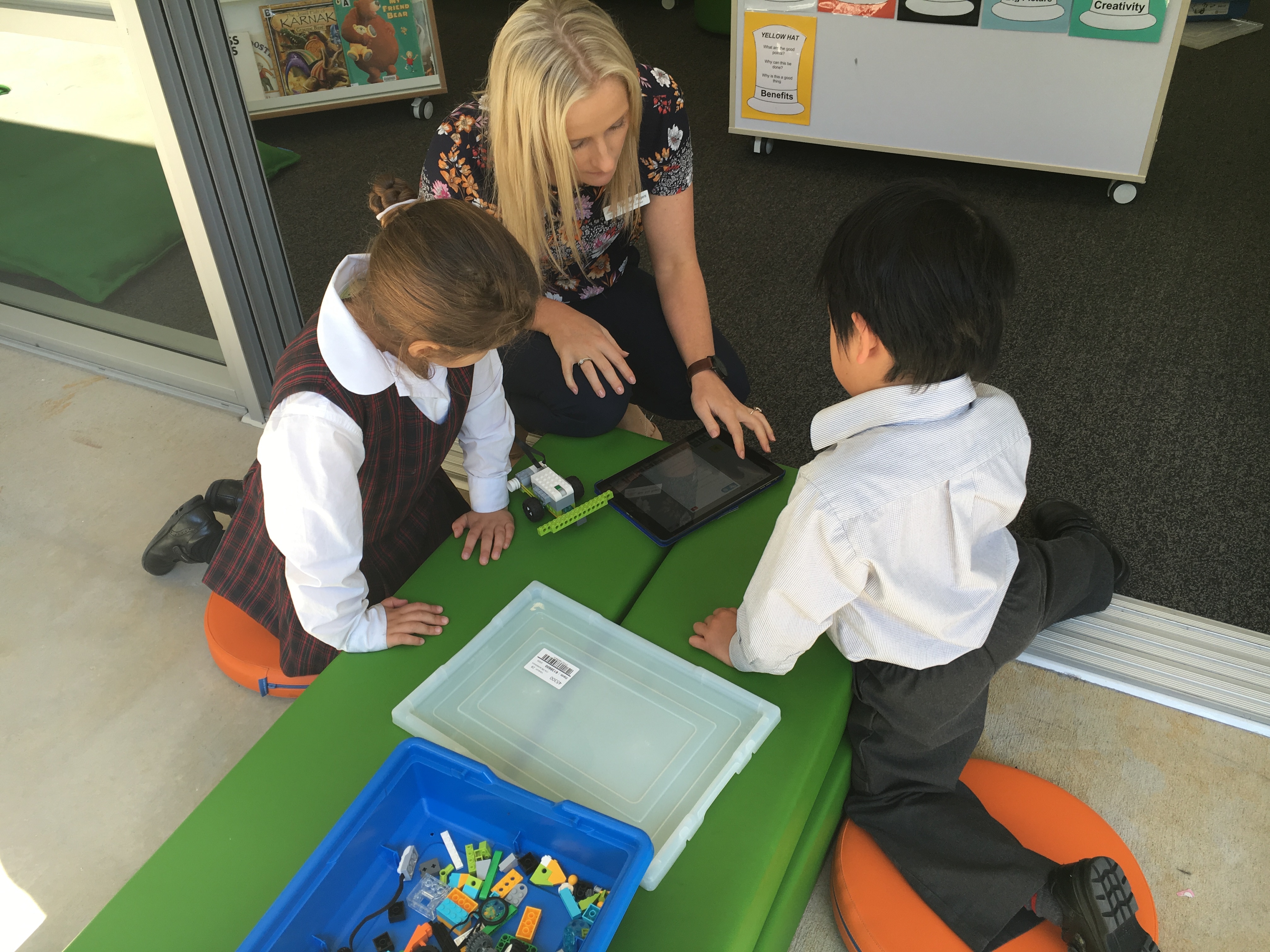 Schools like Anzac Park Public are turning the traditional teaching model on its head. Education expert at the University of Canberra, Dr Iain Hay, told SBS that's necessary to fill the jobs of the future.

“Children are accessing knowledge and information at much faster rates than ever before,” Dr Hay said.

“It is important that the schooling process and education in general allows children to develop the skills, or what we regard as the new basics.”

In its latest report, the Productivity Commission also recommended new approaches be trialled to boost student performance. It found over the past ten years government spending has increased by 24 per cent across Australian schools, that's 14 per cent per student.

But results have stagnated, with the latest NAPLAN testing scores revealing a plateau in reading and writing across the country.

Principal Taylor-Hill says the teachers at Anzac Park are working towards a solution, while having plenty of fun along the way.

“What we’re going is we’re identifying what skills the workforce of the 21st Century needs,” Ms Taylor-Hill said.

“We believe that students need to have skills in creative thinking, we need them to be able to problem solve and collaborate to work as a team.”