Some 216,000 children abused by French Catholic clergy over 70-year period

When lay members of the Church such as teachers at Catholic schools are included, the number of child abuse victims climbs to 330,000 over the seven-decade period. 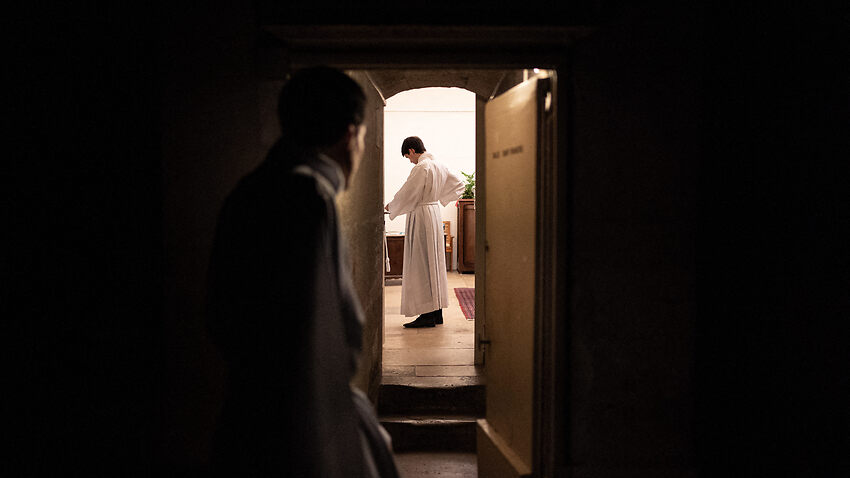 An independent inquiry into alleged sex abuse of minors by French Catholic priests, deacons and other clergy has found some 216,000 victims from 1950 to 2020, a "massive phenomenon" that was covered up for decades by a "veil of silence."

The landmark report, released Tuesday after two-and-a-half years of investigations, follows widespread outrage over a string of sexual abuse claims and prosecutions against Church officials worldwide.

When lay members of the Church such as teachers at Catholic schools are included, the number of child abuse victims climbs to 330,000 over the seven-decade period.

"These figures are more than worrying, they are damning and in no way can remain without a response," the president of the investigative committee, Jean-Marc Sauve, said at a press conference.

"Until the early 2000s the Catholic Church showed a profound and even cruel indifference towards the victims," he said.

"My wish today is to ask forgiveness from each of you," he told the news conference.

Mr Sauve denounced the "systemic character" of efforts to shield clergy from sexual abuse claims, and urged the Church to pay reparations even though most cases are well beyond the statute of limitations for prosecution.

The report, at nearly 2,500 pages, found that the "vast majority" of victims were pre-adolescent boys from a wide variety of social backgrounds.

"The Catholic Church is, after the circle of family and friends, the environment that has the highest prevalence of sexual violence," the report said.

Yet only a handful of cases prompted disciplinary action under canonical law, let alone criminal prosecution.

Francois Devaux, head of a victims' association, condemned a "deviant system" that required a comprehensive response under a new "Vatican III" council led by Pope Francis.

"You have finally given an institutional recognition to victims of all the Church's responsibilities, something that bishops and the pope have not yet been prepared to do," Mr Devaux told the conference on Tuesday.

The victim estimates were based in large part on a representative study carried out by France's INSERM health and medical research institute, with a statistical "confidence interval" of 50,000 people more or fewer.

Mr Sauve and his team of 21 specialists, all unaffiliated with the Church, also interviewed hundreds of people who came forward to recount their histories.

"If the veil of silence covering the acts committed has finally been torn open ... we owe it to the courage of these victims," he wrote.

"Without their testimony, our society would still be unaware or in denial of what happened."

The commission also had access to police files as well as Church archives, citing only two cases of refusals by Church institutions to turn over requested documents.