Female high school students in Afghanistan still have no idea when they can resume their studies. 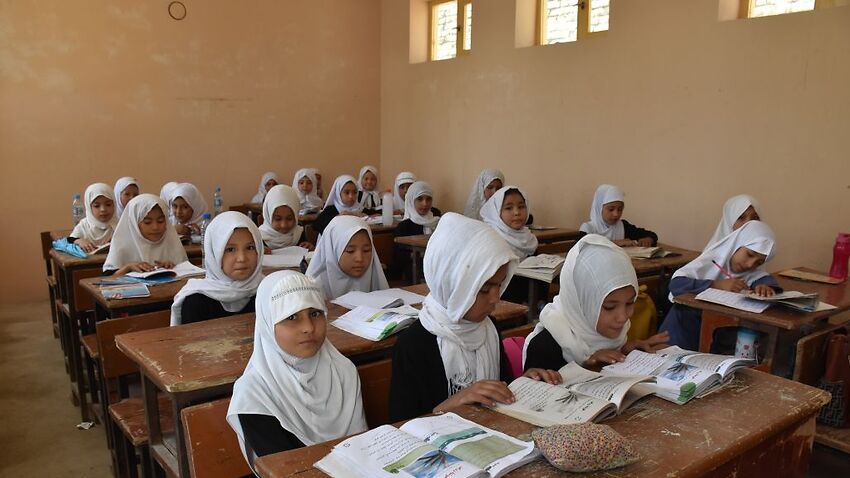 While Afghan girls have returned to primary schools, high school-aged girls face an anxious wait with no clarity over if and when they too can return. Source: Xinhua News Agency

Some Afghan girls returned to primary schools with gender-segregated classes on Saturday, but older girls faced an anxious wait with no clarity over if and when they would be able to resume their studies at the high school level.

Most schools in the capital Kabul have stayed shut since the Taliban captured the city just over a month ago.

Taliban officials say they will not return to the fundamentalist policies - including a ban on girls receiving an education - when they last ruled Afghanistan from 1996 to 2001.

They have now promised that girls will be able to study - but only in segregated classrooms.

Nazife, a teacher at a private school in Kabul which had mixed classrooms before the Taliban takeover, said they had made changes in order to reopen.

However, there was uncertainty for many other girls at the school, which teaches at both primary and secondary level.

On Friday the education ministry said boys' high schools would soon reopen, but made no mention of girls.

"Their spirits are down and they are waiting for government announcements so they can resume studying," she said.

Schools reopened across Afghanistan today, for all boys. Teenage girls now being denied an education. This young girl asks "why shouldn't we go to school?" Life under Taliban rule seems to be reverting back to the 90s. pic.twitter.com/e7rbKMWboV

Pakistani activist Malala Yousafzai said the Taliban's failure to mention when girls can return to high schools was "shameful" and was "testing our resolve".

"This is shameful and not at all new. In the past, the Taliban imposed a 'temporary' ban on girls’ education that lasted five years. They are testing our resolve. We demand that leaders stand up for Afghan girls’ right to go to school," she tweeted.

Taliban spokesman Zabihullah Mujahid told the local Bakhtar News Agency on Saturday that arrangements were being made to reopen girls' secondary schools but he gave no date.

"We are very closely following the matter so that girls can resume their education and complete their studies."