There are now 71 exposure sites in Adelaide, including the Tenafeate Creek Wines in Yattalunga to which seven cases are linked.

The latest cases are a brother and sister in their twenties who are believed to have contracted the virus at one of the ‘super spreader’ sites, the Tenafeate Creek Wines in Yattalunga.

There are now 71 exposure sites in Adelaide, with almost 17,600 tests processed in the last 24 hours.

There are seven cases linked to the winery, north of Adelaide, and another case, a child under five, is linked to The Greek restaurant in the city where a number of infected people dined at the weekend.

One of the cases from the winery, a man in his 40s, also attended a school at Gawler on Monday raising concerns for other staff and students. Chief Public Health Officer Nicola Spurrier says with multiple cases linked to both the winery and the restaurant, both are considered superspreader sites.

The number of potential exposure sites has climbed well above 50, mostly in Adelaide's north and northeastern suburbs.

Premier Steven Marshall said he was very grateful the state moved into lockdown on Tuesday as waiting any longer would have led to a more dangerous situation.

"I'm still extraordinarily hopeful we can stop the spread of this disease over the seven-day lockdown period," he said.

"This is a tough challenge but the way that we do it in South Australia is by working together.

"There's no doubt lockdowns put a heavy toll on our economy, but we've got to way up the consequences if we just let this run.

"Our mantra from day one has been to go hard and go early."

WA to close its border to SA

Western Australia has announced it will close its border to South Australia.

Premier Mark McGowan says the hard border will come into effect from midday on Thursday, locking out any travellers who do not have an exemption.

WA has already closed its borders to NSW, Victoria and Queensland as the eastern states deal with outbreaks of the highly transmissible Delta variant.

"The whole country bar here, Tasmania and the Northern Territory has cases in the community," Mr McGowan told reporters.

"It's a very worrying time and we're going to do everything we can to keep it out."

A flight from Adelaide carrying 87 passengers was due to arrive in Perth later on Thursday after the hard border comes into effect.

About 12 per cent of West Australians aged 16 and over have received their first vaccine dose, the lowest rate of any state or territory.

⚠COVID-19 HEALTH ALERT 21 July 2021 - Updated 11.15pm ⚠
SA Health has identified exposure locations associated with positive cases of COVID-19.
Action is required by the community.
ℹ Check the exposure locations and what you need to do at https://t.co/4sJYadglJu pic.twitter.com/giaPLhtV5f 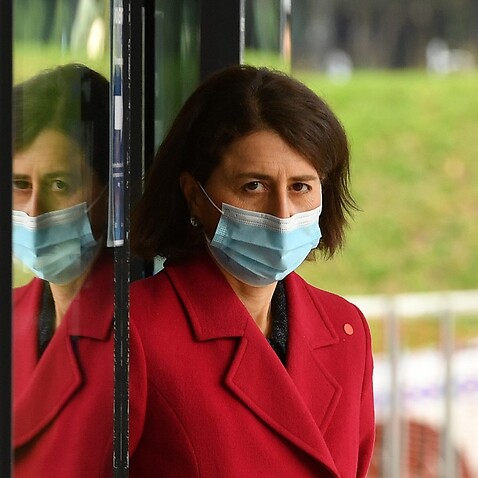 SA's virus cluster is linked to an 81-year-old man who recently arrived in Australia from Argentina and was quarantined in Sydney before travelling to Adelaide, where he tested positive.

Genomic testing has confirmed the man became infected while in Sydney, not while in Argentina.

During the week-long lockdown, which started on Tuesday evening, South Australians will only be allowed out for five reasons - to provide essential care, to seek medical assistance, to buy essential food and other goods, for essential work, or to exercise for up to two-and-a-half hours.

They must also wear masks when outside their homes.

Schools have closed along with most retail outlets and all construction work has ceased.

So far about 6,000 people have been forced into home quarantine after visiting potential exposure sites.