Park Geun-hye has been found guilty of forcing companies to donate millions of dollars to two foundations controlled by her secret confidante.

South Korea's presidential palace was Park Geun-hye's home for more than two decades - once when her father was president and later when she herself led the country.

Now, humiliated and vilified, she faces spending the next 24 years of her life in prison after being convicted of corruption.

It's a spectacular fall from grace unimaginable six years ago when she became South Korea's first female president amid great fanfare.

Park, 66, grew up in the spotlight at the Blue House, the presidential compound just north of one of Seoul's royal palaces, and enjoyed a pampered life as the eldest child of strongman Park Chung-hee. 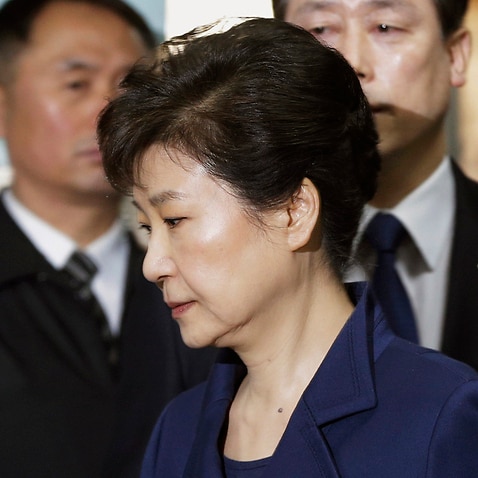 Her father, despite widespread rights abuses and a brutal crackdown on dissent, remains a respected figure for many South Koreans for overseeing the country's dramatic economic rise during his 1961-79 rule.

The Park family was treated like royalty by supporters and she was dubbed the young "princess" - a nickname that endured for decade, even as she aged.

The assassination of both her parents five years apart in the 1970s only further fanned public sympathy for the young protege.

Park's mother - widely praised as a dutiful wife and caring mother in the still-traditional society of the day - was shot dead in 1974 by a Korean-Japanese aiming for her husband. He is believed to have been acting on orders from North Korea.

Park, a student in France at the time, returned home to assume the role of first lady until her father was killed by his own security chief in 1979. 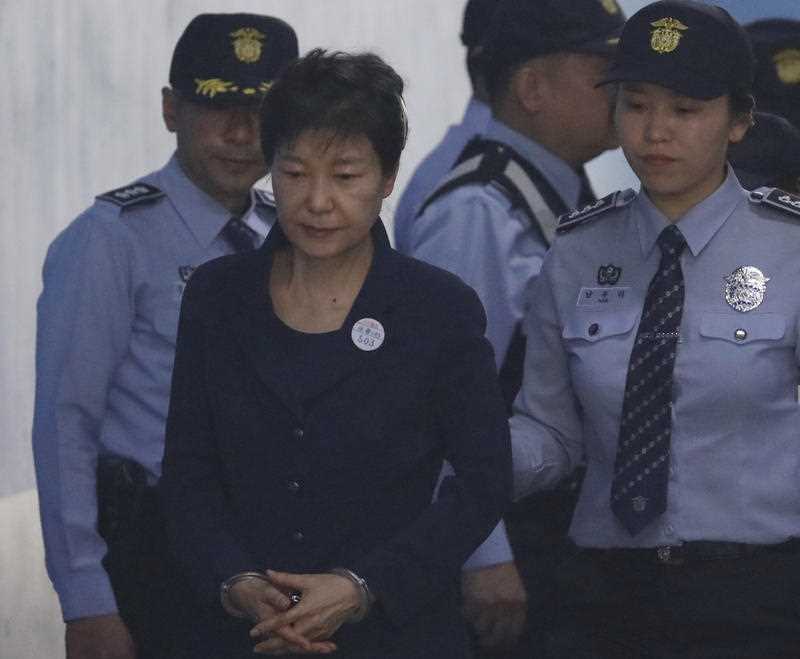 She then kept a low profile for nearly two decades, until she made a successful 1998 bid to become a politician as the South reeled from the fallout of the Asian financial crisis.

She became an instant political star among older conservative Koreans who fondly remember her parents and revered her father for helping pull a war-ravaged country out of poverty.

Adept at taking advantage of the nostalgia for them and the sympathy for her, she frequently peppered her campaign speeches with the phrase, "After I tragically lost my parents to assassins' bullets".

Park rose quickly up the political ladder, earning the nickname "the queen of elections" due to the unwavering loyalty of her largely aged, conservative supporters.

The fact that Park never married and was estranged from her two siblings was part of her appeal, in a country where leaders had often been embroiled in major corruption scandals involving relatives.

"I'm married to the Republic of Korea. I have no children. South Koreans are my family," Park once said, citing Elizabeth I of England - known as the "Virgin Queen" - as her role model.

Park was elected the South's first female president in 2012, winning the highest vote share of any candidate in the democratic era.

But few people then knew about Park's secret: the family of a shadowy religious figure practically controlled most aspects of her life.

The influence of Choi Tae-min - a seven-times-married founder of a cult-like group 40 years Park's senior - began in the 1970s when he sent her letters claiming he had seen her dead mother in his dreams.

His influence grew until a US diplomatic cable published by WikiLeaks noted widespread rumours that he had "complete control over Park's body and soul".

He died in 1994 and one of his daughters, Choi Soon-sil, inherited his role as the orchestrator of Park's everyday decisions - from who she met to what she wore.

The Choi-Park dynamic first came to light in 2016, sparking nationwide fury and mass protests calling for Park's ousting. These continued for months until her impeachment in March 2017.

The pair were tried separately, with Choi sentenced to 20 years in prison in February for using her presidential ties to squeeze tens of millions of dollars from major South Korean firms like Samsung and Lotte.