The issue of women forced into sexual slavery for Japanese troops during World War II is a hugely emotional one that has long marred ties between the South and its former colonial ruler. 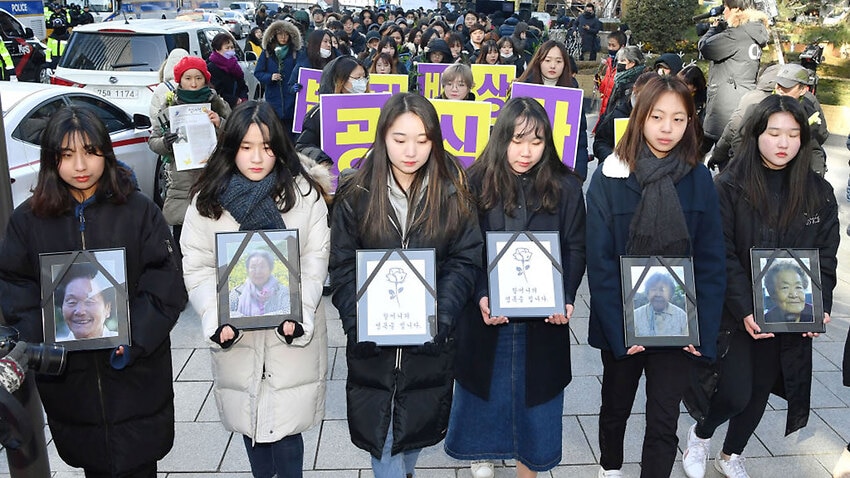 South Korea will not seek to renegotiate a deal with Japan on wartime sex slavery, it said Tuesday, despite new President Moon Jae-In saying on the campaign trail he "could not accept" the agreement.

Ousted president Park Guen-Hye sought to end the decades-long row with a 2015 agreement that included a Japanese apology and payment of one billion yen ($11.3 million) to survivors.

But under the deal Japan did not admit legal responsibility for the abuses, drawing anger from some survivors who refused to take the money.

Ties between the two neighbours -- both of them US allies threatened by nuclear-armed North Korea -- remain tense over statues placed outside Japanese diplomatic missions by South Korean activists in memory of the victims.

But now Seoul's foreign minister Kang Kyung-wha has said it was an "undeniable fact" that both governments had formally endorsed it.

"Considering that, our government will not demand renegotiation of the deal to the Japanese government," Kang told reporters Tuesday.

But Seoul will not use any more of Tokyo's money for the survivors, replacing the funds from its own budget, Kang said, urging Tokyo to offer a "voluntary and sincere apology".

The financial move seeks to take the moral high ground and avoid perceptions that Tokyo has settled the issue by way of reparations.

Japan has urged South Korea to stick with the 2015 deal, saying any attempt by Seoul to revise it "cannot be acceptable whatsoever" and would leave bilateral ties "unmanageable".

It is the second time the left-leaning Moon's government has avoided implementing a campaign promise made to appeal to his base on practical grounds -- a pledge to phase out nuclear power in the resource-poor South was outsourced to a "citizen jury", which decided that the country needed atomic energy.

Mainstream historians say as many as 200,000 women - mostly from Korea but also other parts of Asia including China - were forced to become sex slaves for Japanese soldiers during the war.

The Japanese government denies it is directly responsible, insisting that "comfort women" were recruited by civilians and that the army brothels were commercially operated.