Australia must take responsibility for its own security as it faces risky and dangerous times, Prime Minister Malcolm Turnbull has argued as he unveiled the country's new foreign policy blueprint.

The white paper, developed by the Department of Foreign Affairs and Trade after a public submissions process, will shape Australia's foreign policy for a decade or more. 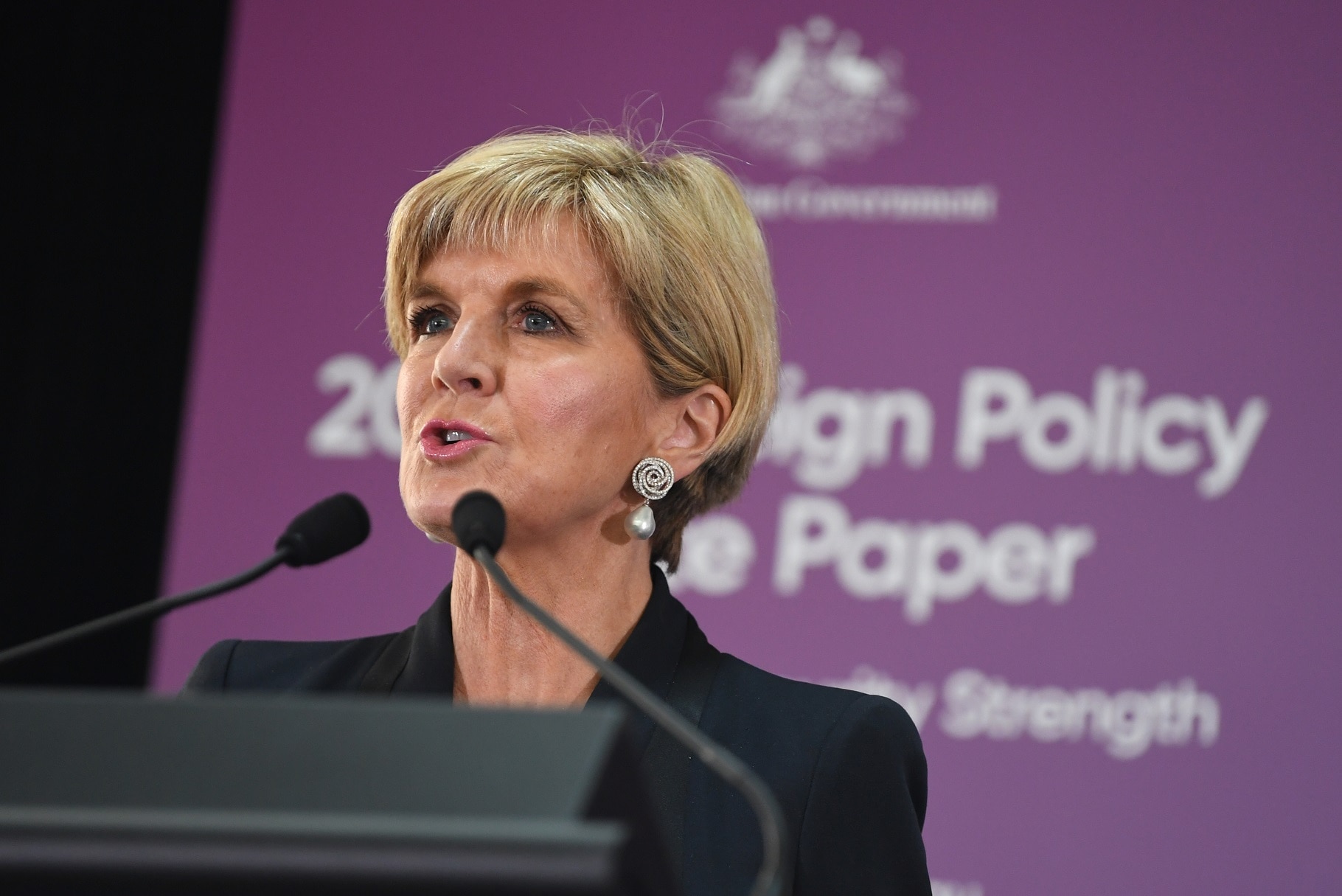 The paper has received bipartisan backing, with Labor's foreign affairs spokeswoman Penny Wong proclaiming her broad support of the long-term aims of the paper.

While the previous effort was drafted in the wake of the Bali and September 11 attacks, the latest blueprint comes in the context of an "America first" US president, a historic military buildup and economic expansion in Asia, the reshaping of Europe via Brexit and the continuing threat of Islamist terrorism.

The white paper said Australia is facing an uncertain and volatile environment, pointing out that "the stability of the Indo–Pacific region, which has underpinned [Australia's] economic transformation, cannot be assumed," and emphasised the importance of maintaining free trade.

The rise of China and its challenge to the US role as dominant player in the region looms large in the paper, but Mr Turnbull sought to frame it as an opportunity rather than a risk.

"This is the first time in our history that our dominant trading partner is not also our dominant security partner. We must see this as an opportunity not as a risk," Mr Turnbull said.

Mr Turnbull's written introduction to the paper suggests Australia should be more self-reliant.

"More than ever, Australia must be sovereign, not reliant. We must take responsibility for our own security and prosperity, while recognising we are stronger when sharing the burden of leadership with trusted partners and friends."

The White Paper received a positive reaction from most foreign policy experts.

Professor Rory Medcalf from the Australian National University's National Security College told SBS News the white paper was “pretty realistic” about the challenges facing Australia, including the longer term risk of conflict between the US and China.

“The Prime Minister spoke about ‘prudent hedging’ today, that’s a nice way of putting it,” he said. “That means we’re going to prepare as a country for multiple futures, many of them pretty troubling. No matter whether China keeps rising or stumbles in some way, no matter whether Trump has a permanent effect on the kind of nation and ally the US is or if the US bounces back, Australia is going to build a web of partnerships with countries like Japan, India, Indonesia, so we can cope with multiple possible futures. It’s really up to Australia to take the lead in looking after our own sovereignty.”

Professor Medcalf said previous major foreign policy and national security documents had painted an “overly rosy picture” of the strategic environment, and this paper corrected that.

Dr Bates Gill from Macquarie University told Sky News that DFAT and the government get “good marks for being realistic, and noting that a country of Australia’s size - even though it’s in the G20 - has to abide by the rules of the road set by much larger players like the US and China.”

He said the paper identified a “dual hedging problem” where Australia had to hedge against “a more assertive and ambitious China on the one hand, and against the uncertainties and volatilities of the administration in Washington [on the other]”.

“The real problem is trying to convert all this wonderful analysis and recognition of the challenges into policies that are going to work,” he said.

China is challenging America's position as the dominant power in the region, the paper says.

While the US alliance will remain central to Australia's approach to the region, the government was "committed to strong and constructive ties with China".

On North Korea, the paper urges the "strongest possible economic and other pressure" to stop the rogue state's "dangerous behaviour".

"North Korea's actions underline the importance of the United States' extended deterrence to Australia's security and the security of the Republic of Korea and Japan."

The threat from Islamist terrorism, cyber attacks and transnational crime "could worsen over the decade ahead", the paper warns, and more work will be needed to strengthen counter-terrorism cooperation in Southeast Asia as foreign fighters return from Iraq and Syria.

However, the risk from direct military threat was "low".

The Turnbull government's foreign policy will squarely focus on the Indo-Pacific region while also strengthening and building ties with nations in other regions.

The paper sets out five objectives:

Papua New Guinea's stability and prosperity will be a key focus as the nation struggles to provide basic services to a rapidly growing population.

The lion's share of the $3.9 billion a year foreign aid budget would be concentrated in the region, based on four tests: the national interest; poverty reduction; leveraging funding from other sources; and results and value for money.