Sri Lanka’s president has confirmed that tens of thousands of people missing since the end of the country’s civil war are dead, with formal death certificates to be issued to their families.

Thousands of families in Sri Lanka have searched for their missing loved ones for more than a decade since the end of the country's brutal 26-year civil war.

Tamil mother Ariyaratnam Annalutchmi said she last saw her son being thrown into a white van.

“The next day I reported it to the human rights organisations, the police. Over two or three days I went to every relevant person."

"But they did nothing.”

During Sri Lanka's civil war, fought between government troops and Tamil separatists, both sides were accused of committing war crimes. Sri Lanka's president has acknowledged all of the war missing are dead
Aaron Fernandes, SBS News

At the war's conclusion in 2009, an estimated twenty thousand people, mostly Tamils, were missing.

Many feared their missing relatives had been abducted by government forces.

When SBS News visited Sri Lanka's northern province town of Vavuniya in November last year, several families were holding on to hope that they might still be alive. “They threw my daughter into the van. My daughter was crying, ‘don’t let me go, mother’. What could I do? I was helpless,” she told SBS News. For years, the families of the disappeared have called for an independent investigation into what happened to their missing loved ones.

Now, for the first time, confirmation has come from Sri Lanka’s government that all the missing since the end of the war, are dead.

"President Rajapaksa outlined his plans to address the issue of missing persons," the statement, seen by SBS News, said.

"He explained that these missing persons are actually dead."

The president's statement does not say if anyone will be held accountable. "After the necessary investigations...steps would be taken to issue a death certificate to these missing persons.

Afterwards their families would be given the support they need to continue with their lives," the statement continues.

"Tamil politicians would reject this solution, noted the President, as that would nullify their political agenda. However, this would help the affected families."

A government-appointed commission established in August 2013 received 23,586 reports of people missing throughout the drawn-out separatist war.

The statement said most of the missing civilians had been conscripted by the Liberation Tigers of Tamil Eelam (LTTE), which was crushed by Sri Lanka's military in a major offensive in May 2009.

"The families of the missing attest to it. However, they do not know what has become of them and so claim them to be missing," President Rajapaksa said.

The Rajapaksa government has previously denied any role in the disappearances. 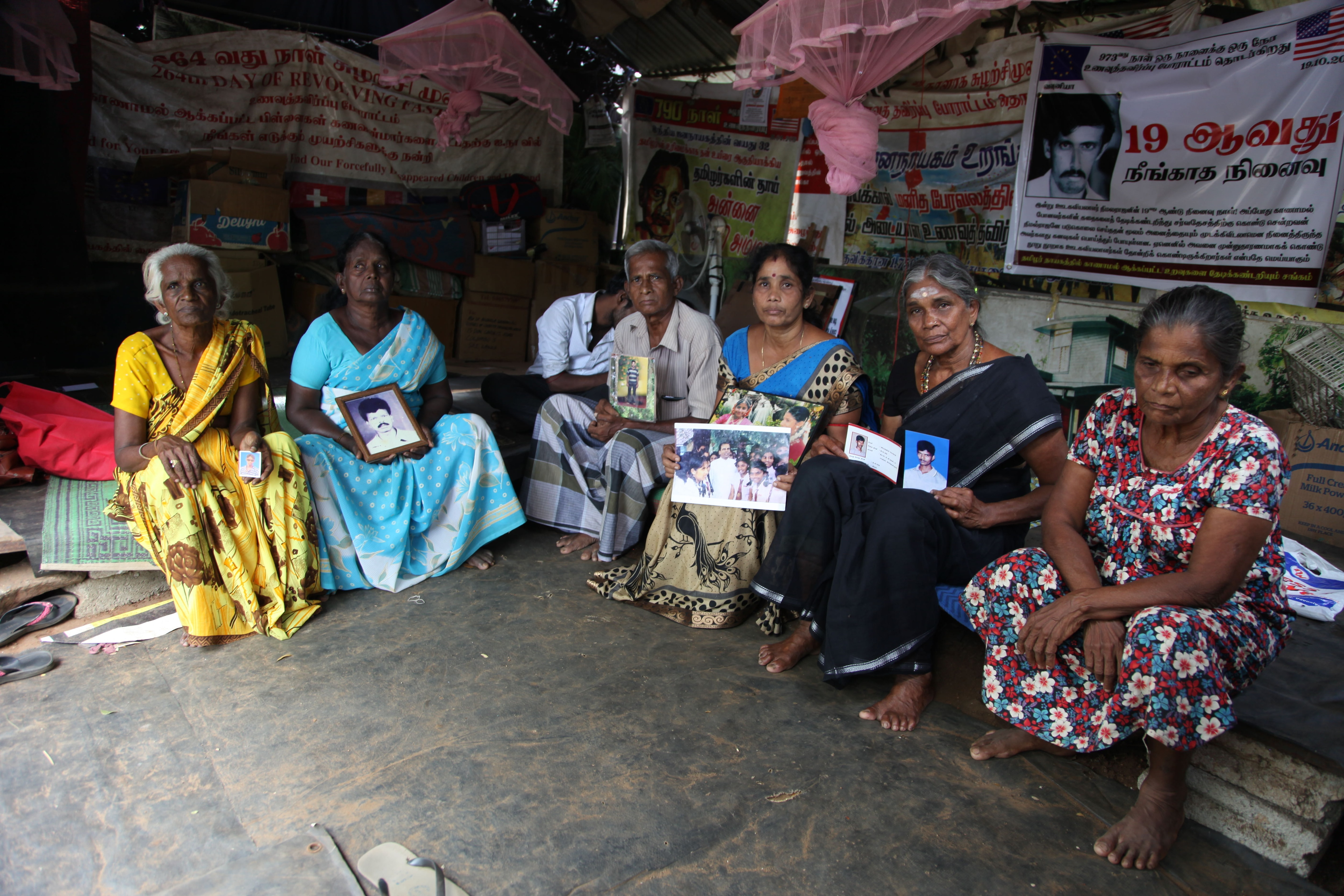 An estimated 20,000 people have been missing since the end of Sri Lanka's civil war
Aaron Fernandes, SBS News