Federal authorities weren't properly notified about a coronavirus infection at St Basil's Homes for the Aged in Fawkner, which as of Monday was tied to 20 deaths and 139 infections.

A Melbourne nursing home linked to at least 20 coronavirus deaths has been accused of failing to report an infected staff member to federal regulators.

St Basil's Homes for the Aged in Fawkner came under fire during a Senate inquiry into the government's pandemic response on Tuesday.

Federal health officials told the committee they didn't become aware of the infection, which caused the outbreak, until the state government notified them on 14 July.

That was five days after the staff member reported contracting the disease to management.

"The board chair became aware on the ninth (of July) but didn't raise it with Commonwealth," Health Department secretary Brendan Murphy told the hearing. 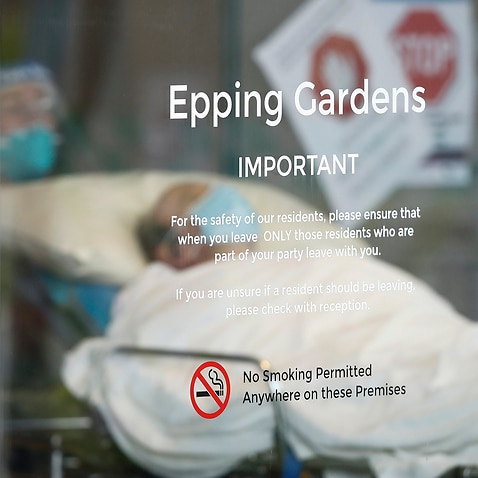 How did Victoria's aged care coronavirus crisis get so bad and what’s being done to fix it?

Providers are supposed to notify federal authorities, which regulate the private system, and the state public health unit within 30 minutes of learning of an infection.

St Basil's management has previously disputed allegations of failing to report the case, arguing state authorities were notified on 9 July.

"The Victorian public health unit had some delays in both getting tests back and identifying and analysing this was an aged care outbreak," he said.

Health Department deputy secretary Michael Lye said St Basil's was the only provider with an outbreak that failed to tell federal regulators.

"The Victorians might have been under pressure but the service didn't notify us," he said. "There was a five-day window where the Commonwealth had no line of sight or understanding that there was an outbreak at St Basil's," she said.

"There's no point in me trying to pretend that it all did go as well as it should have done, because it didn't," he said.

There are 1,186 active cases in aged care, with all 11 deaths reported on Tuesday linked to aged care.

As of Monday, St Basil's was tied to 139 infections.

"I'm reluctant to have a public hit list of facilities that have been unfortunate enough to have an outbreak of COVID," he said.

Prof Murphy said the state officials didn't see it as useful to deal with the start of the second wave and felt under pressure to manually track surging cases.

"They have now started using the app again and we hope to see some of the successes in New South Wales," he said.