Indonesia's Defence Minister Ryamizard Ryacudu has warned against other nations getting involved in issues around independence in Papua.

Indonesia has warned other countries to respect its sovereignty over the troubled region of Papua.

Defence Minister Ryamizard Ryacudu on Monday said Indonesia had "never disrupted or caused disruptions in other countries" and it expected the same of other nations regarding Papua and its long-running independence movement. 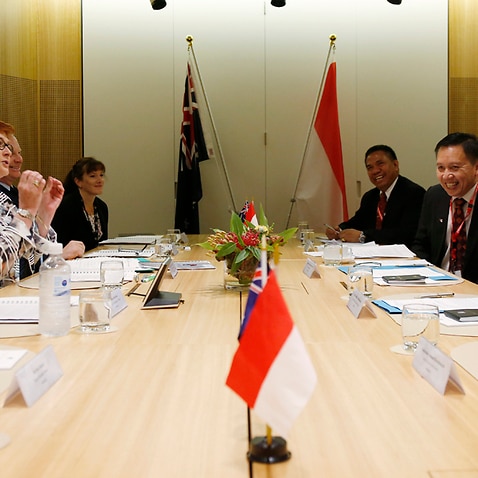 The comments from Mr Ryacudu, who previously served as Chief of Staff of the Indonesian Army (TNI) and Commander of the Strategic Army Command, or Kostrad, follow reports that all international NGOs have been ordered to close offices in Papua.

Ms Bishop confirmed Papua was discussed during the talks and reiterated that Australia respected Indonesia's sovereignty over Papua.

"On the issue of Papua, yes, that was part of our discussions. We had a general discussion about regional issues, about Pacific issues and Australia restated as we have done on many occasions, publicly and privately, our unconditional support and respect for Indonesia's sovereignty in this regard," Ms Bishop said.

Indonesia, which took control of Papua from the Dutch in 1963, has for a long time fought a separatist movement in the province and faced various allegations of systematic abuse of Papuans.

There have been numerous incidents of torture committed by the Indonesian military while the local population also complains that much of the wealth generated in the resource-rich province flows back to Jakarta while West Papuans remain poor.