A large rally featuring flags, banners and costumes was held on Monday outside Parliament House as Stop Adani protesters aimed to show the depth of opposition to the controversial mine.

Anti-Adani campaigners and the Greens want an "iron-clad promise" from Labor that it will not allow a Queensland coal mine to be built.

Labor has shifted its support for Queensland's Adani coal mine, but the Greens are sceptical until they see an "iron-clad promise" it will never be built.

A large rally featuring flags, banners and costumes was held on Monday outside Parliament House as protesters aimed to show the depth of opposition to the controversial mine.

Labor leader Bill Shorten last week hardened his previously non-committal stance on the mine when he said he was "increasingly sceptical" of the Adani project, casting doubt over the economic case in light of the world coal market struggling. 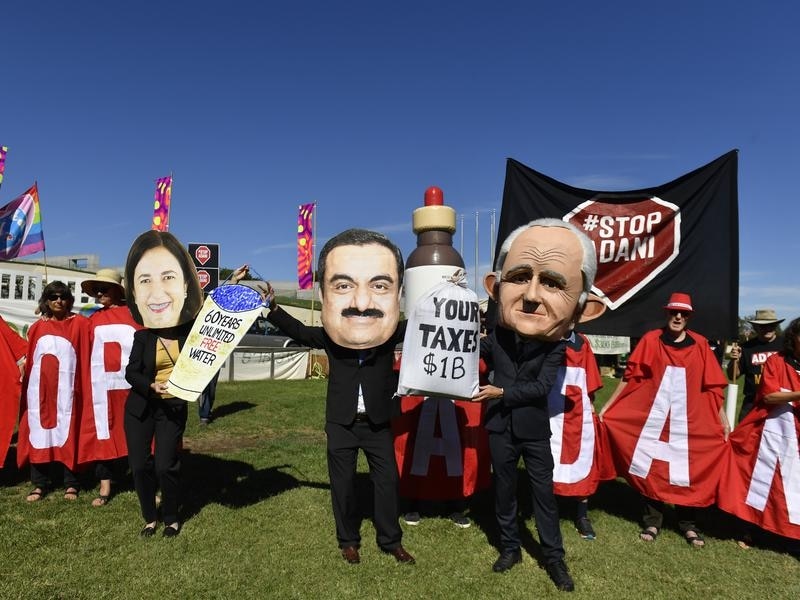 "This has to be an absolute iron-clad commitment that the Labor party makes sure this mine doesn't get built," Senator Di Natale told reporters on Monday.

Shorten's comments came as Labor entered a tight by-election battle with the Greens for the Melbourne seat of Batman, with Adani shaping up as a key issue in an electorate about 2000km from the proposed mine site. Turnbull's millions won't save the reef if Adani mine goes ahead: Greenpeace

"It's clear Mr Shorten knows nothing about coal mining," he said in Senate question time.

The protesters who gathered outside parliament said they were mobilising in 2018 with campaign boot camps to "fundamentally shift the politics of coal".

"We called Australia out for the fact that they are not a good big brother to the people in the Pacific," he said.

"Those realities are no longer just ours, they are yours as well," he said of rising sea waters and reef bleaching caused by climate change. 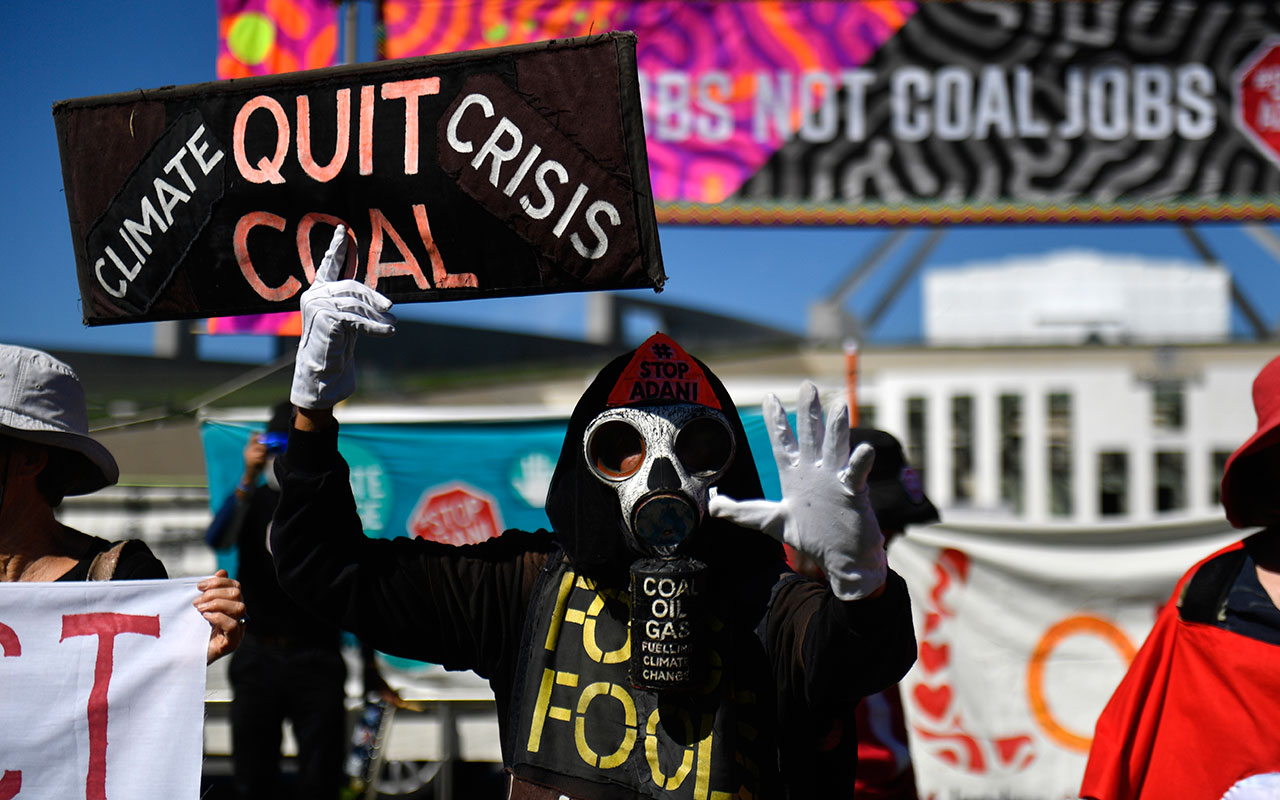 Protesters hold signs and banners at a Stop Adani Mine rally on the lawns of Parliament House in Canberra, Monday, February 5, 2018.
AAP

Adani chairman Gautam Adani told a forum in New Delhi on Friday that resistance to the project in the Galilee Basin had been intense.

"In recent years our project has faced intense resistance abetted by some international NGOs and competitors who have turned to vicious personal attacks and used the press to their advantage," Mr Adani said, according to Indian business news website Livemint.

Mr Canavan was asked about reports Adani falsified samples when appealing a fine for a spill from Abbott Point in 2017 during Cyclone Debbie, but he said it was a state matter.

Adani has strongly denied the reports.