Lawyers claim exploited workers are owed upwards of tens of thousands of dollars in back pay by convenience store franchise 7-Eleven.

International student Pranay Alawala, who worked in three 7-Eleven stores in Brisbane, recently secured a payout of $33,000 from his former employer.

So far more than 110 workers have been paid out an estimated $2.8 million through an independent panel assessing claims.

Savouring the taste of success at a Brisbane cafe after the two-year battle, Mr Alawala can now afford a coffee like the ones he used to serve to 7-Eleven customers.

Mr Alawala is one of the more than 60 former 7-Eleven workers represented by Maurice Blackburn lawyers.

"Some of the stories we've now heard are horrifying. We have one worker, a client, who was paid 47 cents per hour."

Up to 20,000 current and former workers are thought eligible for back pay, with total claims estimated upwards of $30 million.

Most are from 457 visa workers and international students, many who are afraid to speak up. "Everyone is scared of deportation,” Mr Alawala said.

Earlier this month a senate inquiry heard allegations of workers being physically intimidated.

It also heard that two-thirds of Australian 7-Eleven stores face back pay claims.

Seven stores are in the process of being prosecuted by the Fair Work Ombudsman, with owners facing hefty fines if found guilty.

“I think this is just the tip of the iceberg. 7-Eleven are showing signs they haven't learnt from this,” said Chris Gazenbeek, Queensland secretary of the Shop Distributive and Allied Employees' Association.

A 7-Eleven spokesman told SBS it is aware irregularities still occur but it does not condone underpayment of staff.

The company said it has appointed a specialist investigator and there are now rolling audits of stores. 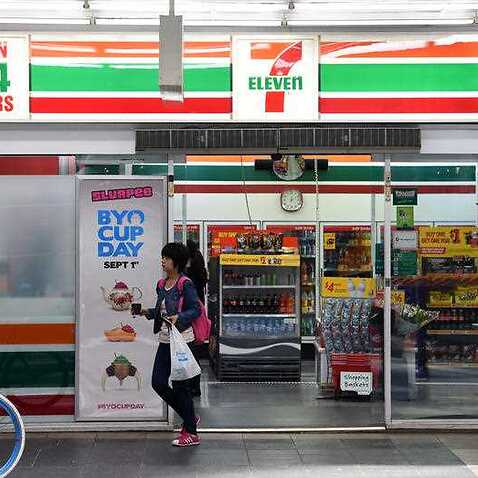 The scandal also has implications for Australia's international education industry.

“It's damaged the reputation, because you've been underpaying, if you go to work,” said Mr Alawala, who is now studying for a diploma of cookery.

The senate inquiry and the Fair Work Ombudsman are due to release reports on the issue in the coming weeks.