Students in Scotland to get free tampons to eradicate 'period poverty'

Students in Scotland will be provided free sanitary products in a world first. 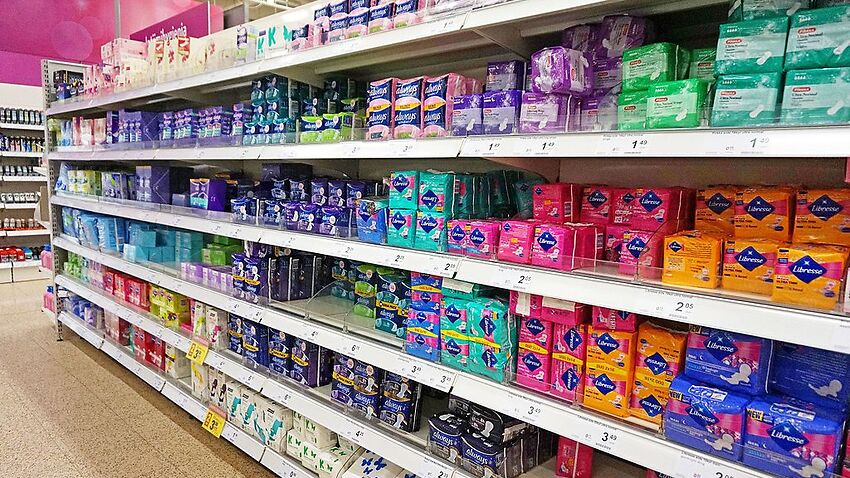 Scotland has become the first country to provide free sanitary products to students at schools, colleges and universities, an effort to banish “period poverty,” in which girls and women miss out on their studies because they cannot afford protection.

The government announced last week a project costing 5.2 million pounds, or about $6.4 million, to supply 395,000 students with essential sanitary products every month, beginning in September.

“In a country as rich as Scotland, it’s unacceptable that anyone should struggle to buy basic sanitary products,” Aileen Campbell, the communities secretary, said in a statement on Friday.

She said the investment would provide “these essential products” to those who need them “in a sensitive and dignified way, which will make it easier for students to fully focus on their studies.”

The decision has prompted politicians to urge other parts of the United Kingdom to introduce similar programs.

According to Plan International UK, a girls’ rights charity, thousands of young women across Britain miss school regularly because they cannot afford to buy products for their period, and more than one in 10 girls have had to improvise sanitary products — by using old clothes or newspapers, for example.

Deirdre Kingston, a spokeswoman on equality for the Labour Party in Ireland, called for the plan to be expanded in her country, too.

Kingston also said that the program should be extended to low-income women, as they often found themselves unable to afford essential sanitary products, too.

Women’s charities have long campaigned to abolish the 5 per cent tax on sanitary products in Britain, but the government has not been allowed to because of European Union rules that class sanitary items as “luxury, nonessential” products.

In 2015, George Osborne, then the British chancellor of the Exchequer, announced that the 15 million pounds in taxes raised through the sale of sanitary products would be spent to help women’s charities.

The decision caused widespread outrage, however, because of the implication that only women were being taxed to provide the aid.

Last year, supermarket chains such as Tesco decided to cover the 5 per cent tax on sanitary products. Other suppliers reduced prices on hundreds of products to cancel out the tax.

To bring attention to the issue, Danielle Rowley, a Scottish member of the British Parliament, broke a taboo by deliberately arriving late to a debate in the House of Commons in June. She apologised, saying that she was having her period and that it cost her 25 pounds a week.

The Scottish initiative is seen as a way to contribute to a more open conversation about the issue and to reduce the stigma associated with periods. The government said it had worked closely with partners like Universities Scotland to make sure the products were available to students.

“Periods are a part of life,” said Susannah Lane, the head of public affairs at Universities Scotland, which represents the country’s higher education institutions.

“They shouldn’t be a point of inequality, compromise someone’s quality of life or be a distraction from making the very most of time spent at university, so this is a positive step,” she added.

In the United States, sales tax on tampons and other sanitary products vary from state to state. In 2016, New York eliminated the sales tax on menstrual products. States like Maine, New Jersey and Pennsylvania also exempt feminine hygiene products from sales tax.