Tens of thousands of Australian school and university students will turn their backs on their classrooms this Friday to call for more action on climate change. 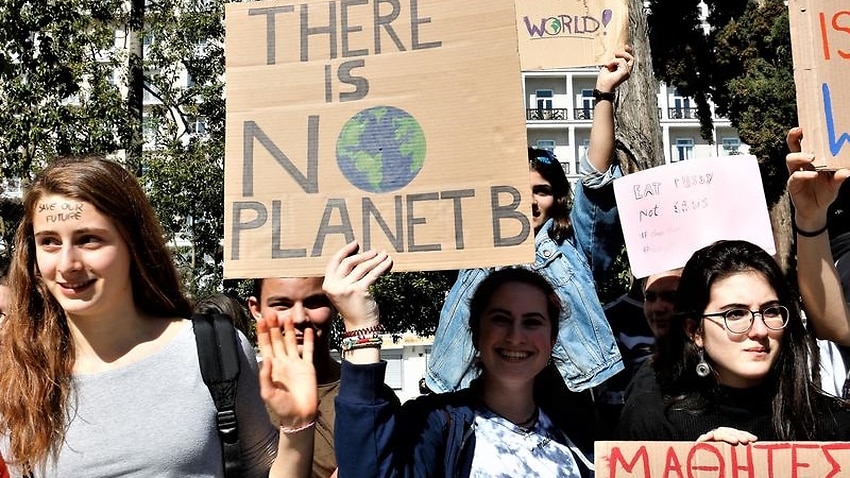 Students striking for climate action want the prime minister to know they love learning, but they feel let down by his inaction on the environment.

Tens of thousands of students will again strike from school on Friday demanding political action on climate change.

The students have three demands: stop the Adani coal mine, no new coal or gas, and 100 per cent renewables by 2030.

Victorian high school student Milou Albrecht was central to organising the strikes and says she will be taking to the streets out of fear of not having a safe future.

"We love learning, that's important for them to know."

Friday's country-wide mass protest comes months after students first turned their back on the classroom in the name of climate action, a move condemned by the prime minister.

"What we want is more learning in schools and less activism in schools," Scott Morrison said at the time.

But this time the students have found support from universities, unions, students groups and even NSW Opposition Leader Michael Daley.

Federal Labor leader Bill Shorten says the government has been on strike from climate policy since it has been in power.

"In an ideal world, they (students) would protest after school hours or on weekends but it's a bit rich of the government to lecture school kids for going on strike on climate," he told reporters in Melbourne on Thursday

Milou and her friend Harriet O'Shea Carre were inspired by Swedish teen Greta Thunberg, who has been striking for climate action since last August.

Harriet hopes the prime minister calls a climate emergency and says she will feel terrible if he again condemns their actions.

"It's totally unfair considering they have been representing (voters) with the expectations they will do what's in the best interests of the country," she said.

"They are letting us down every single day they don't do that.

"In the end, I think we will make these changes with or without our politicians."

Harriet says Australia's political leaders are forgetting the students will be able to vote in a few years, but she says they still have power now.

"As individuals we may be weak but together our collective voice is very strong and we can make change even without that vote."