A study suggests Australian bushfires were 30 per cent more likely as a result of climate change but there was no clear climate-change driver for local drought. 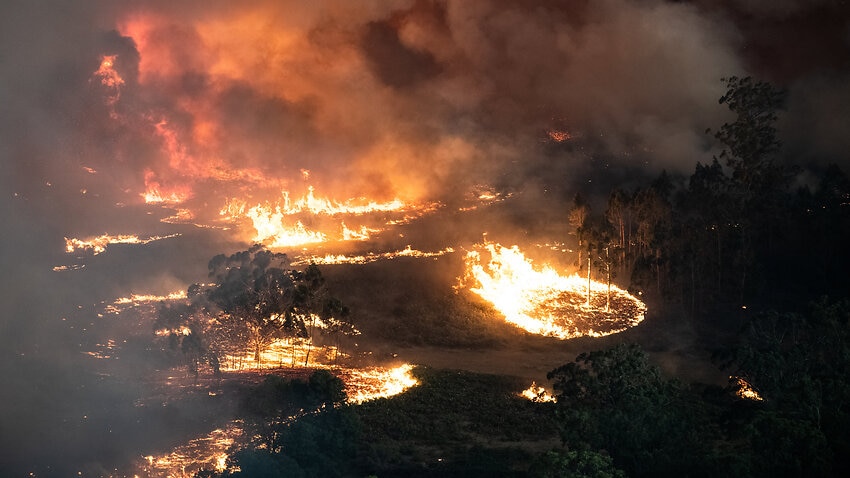 Devastating bushfires that swept Australia in recent months were at least 30 per cent more likely as a result of climate change, scientists say, warning such fires may create unmanageable risks as emissions and temperatures rise further.

An eight-week study into how heat and drought contributed to the fires concluded that hotter-than-normal conditions in Australia, in particular, showed a strong link to climate change.

As climate-heating emissions continue to increase, "we will be facing these extreme conditions more often than in the past," said Maarten van Aalst, a climate scientist and director of the Red Cross Red Crescent Climate Centre.

"Should we be worried about this? Yes, very," he told journalists.

He and other researchers from Australia, Europe and the United States carried out the analysis under the World Weather Attribution project, which provides rapid scientific evidence on how much climate change is fuelling extreme weather events.

The group has so far conducted more than 230 such studies, linking last year's record-breaking heatwave in France and extreme rainfall during Tropical Storm Imelda in Texas, for instance, to climate change.

Not all the events analysed show a connection to global warming.

The Australia bushfires study, for instance, did not find a clear climate-change driver for the record drought that also contributed to the recent fires.

But the researchers said devastating fire seasons will be at least four times more common in Australia than they were in 1900 if global average temperatures rise 2C above pre-industrial times.

Temperatures have already heated up by a little over 1C, and the world is on track for at least 3C of warming even if all countries meet their commitments to cut emissions under the 2015 Paris Agreement on climate change.