Noura Hussein Hammad, 19, was handed a death sentence by a Sudanese court for killing her rapist husband in self-defence. 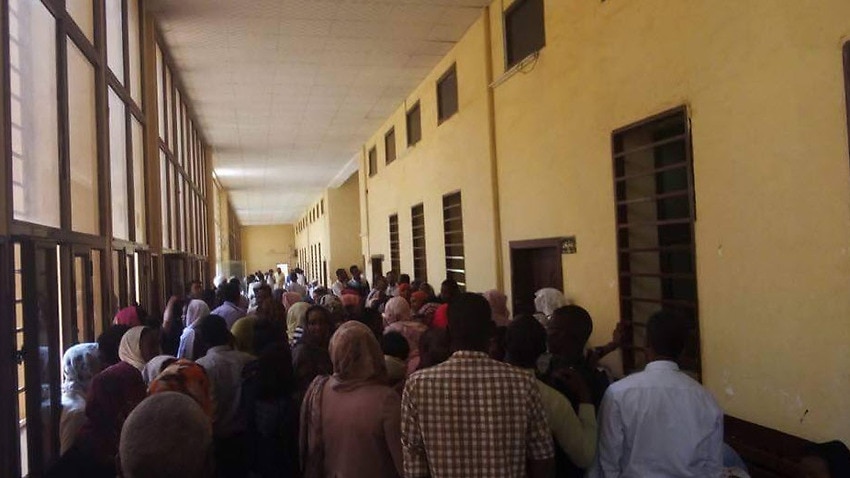 Photo of the packed courthouse as people gather in support of Noura Hussein Hammad during the verdict. Source: Twitter/Sodfa Daaji

Rights group Amnesty International on Thursday slammed a Sudanese court's sentencing of a teenager to death for killing her rapist husband in self-defence.

Noura Hussein Hammad, 19, was handed a death sentence by a Sudanese court for killing the man her father forced her to marry, the rights group said in a statement.

"Noura Hussein is a victim and the sentence against her is an intolerable act of cruelty," Amnesty International's deputy regional director Seif Magango said in the statement.

"The Sudanese authorities must quash this grossly unfair sentence and ensure that Noura gets a fair retrial that takes into account her mitigating circumstances."

Hammad was married against her wish to Abdulrahman Hammad at the age of 16, with the first marriage ceremony involving the signing of a marriage contract between her father and her husband, Amnesty International said.

BREAKING: Noura was just sentenced to death by the judge. Nahid and @badreldins just contacted me. So, from now, we have 15 days to save Noura's life. #JusticeForNoura LET US START TO MAKE NOISE, and stop to be polite. We need to be heard! @lauraboldrini @ElenaValenciano

The court is full. People gathered to support Noura for her last trial. Thanks to our @AfrikaYM member @badreldins for keeping us updated. #JusticeForNoura @ENoMW @elizamackintosh pic.twitter.com/GEaaZD6ElE

In April 2017 the second part of the marriage ceremony took place when she was forced to move to her husband's home after completing high school. Sudanese law allows children over the age of 10 to marry.

When she refused to consummate the marriage, her husband invited two of his brothers and a male cousin to help him rape her, the rights group alleged.

"On May 2, 2017, the three men held Noura Hussein down while Abdulrahman raped her," Amnesty International said.

"The next morning he tried to rape her again but she managed to escape to the kitchen where she grabbed a knife.

Hussein fled to her family home after the incident but her father handed her to the police, Amnesty International said.

A 19 year old Sudanese girl, Noura Hussein, was forcefully married to a man at 16, ran away to her aunt's for 3 years and was tricked by her dad to going back to him. Refusing to consumate their marriage, her husband got his cousins to pin her down while he raped her.

Islam is often blamed for violence towards ‘oppressed women’. The case of Noura Hussein, who killed her rapist, shows otherwise.

Women like noura go through this struggle everyday and their stories are never heard. Sudanese women need to stand together more than now to fight for the rights of women who don’t have a voice or the luxury to be heard. #JusticeforNoura

During her trial in July 2017, the court found her guilty of "intentional murder" after applying an outdated law that does not recognise marital rape, it added.

"The death penalty is the ultimate cruel, inhuman and degrading punishment and to apply it to a victim only highlights the failure of the Sudanese authorities to acknowledge the violence she endured," Magango said.

Hammad, whose dream had been to become a teacher, has been held in a women's prison since May 2017.

In recent years, women and children's rights activists have increasingly campaigned against forced marriages of girls and marriage of underage girls, a widespread phenomenon in Sudan given that Sudanese law allows children over the age of 10 to marry.