The Copernicus Atmosphere Monitoring Service reported forests going up in flames emitted more than 2.5 billion tonnes of CO2, equivalent to India's annual emissions from all sources, in July and August alone. 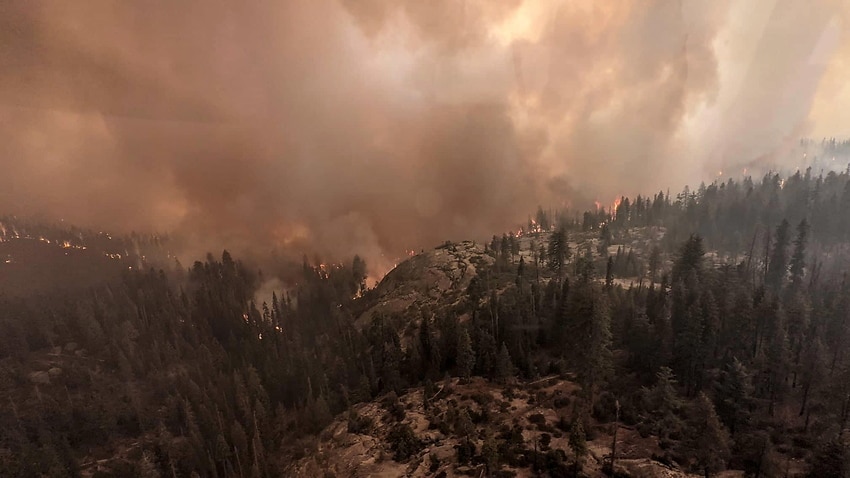 Intense fires across the world like this one in California, scorched millions of hectares, causing record amounts of CO2 to go into the atmosphere. Source: National Park Service

Globally, forests going up in flames emitted more than 2.5 billion tonnes of CO2, equivalent to India's annual emissions from all sources, in July and August alone, the Copernicus Atmosphere Monitoring Service (CAMS) reported on Tuesday.

More than half of CO2 emissions from wildfires in July came from North America and Siberia.

Even the Arctic Circle was on fire, releasing some 66 million tonnes of CO2 from June through August, with nearly a billion tonnes from Russia as a whole over the same period.

"What stood out as unusual were the number of fires, the size of the area in which they were burning, their intensity, and also their persistence," said Mark Parrington, senior scientist and wildfire expert at CAMS.

Fires started raging across northeastern Siberia in June and only started to abate in late August and early September, the satellite-based monitoring service reported.

Emissions for the region from June through August were nearly double compared to the year before.

While satellite images do not reveal how these fires start, many of the blazes early in the summer are thought to have been caused by "zombie" fires that smoulder through the winter and then reignite.

A home burns along Marina Drive above Lake Mendocino during the Hopkins fire in Calpella, California. Source: The Press Democrat

Massive plumes of smoke from Siberia and North America moved across the Atlantic, reaching Britain and parts of Europe in August.

Nations along the Mediterranean rim, meanwhile, saw uncontrolled wildfires of their own, made worse by persistent heatwaves.

The World Meteorological Organization (WMO) has reported that the five-year period to 2020 was "unprecedented" for fires, especially in Europe and North America.

"Globally, increases in temperature and aridity have increased the length of fire seasons and doubled potential burnable area," the UN’s IPCC climate science advisory panel concluded in a draft report obtained by AFP.