A parliamentary inquiry into press freedom is on the cards as the prime minister and communications minister meet media bosses following federal police raids. 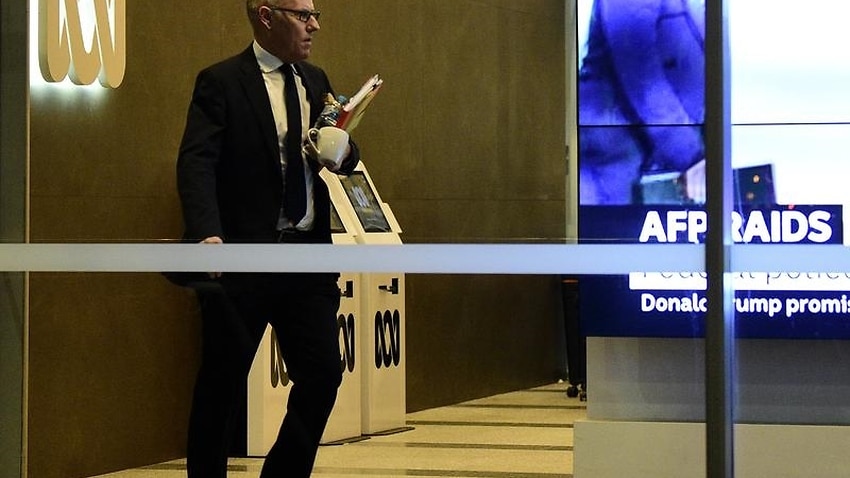 A parliamentary inquiry into press freedom appears increasingly likely in response to federal police raids on a newspaper journalist and the ABC's Sydney headquarters.

Communications Minister Paul Fletcher says if analysis shows there is a need to improve laws to better protect media freedom, then the government wouldn't rule out changes.

That comes as Mr Fletcher and Prime Minister Scott Morrison consult with media executives concerned about the "chilling effect" of the search warrants executed in the home of News Corp journalist Annika Smethurst and the national broadcaster's Ultimo office.

"What we want to do is approach this matter in a sober and consultative and calm fashion," the minister told ABC Radio.

Labor wants to see a joint parliamentary committee review of press freedom and its interaction with national security and other laws.

"What I would like is the parliament, as a whole, with a set of fresh eyes, look at the question of our national security legislation and whether we are getting the balance right when it comes to media freedom," she told Sky News on Wednesday.

The Greens also support an inquiry.

"An inquiry can help us understand the chilling decline in freedom of the press, what protections are necessary for those that speak truth to power, and what we can do to restore this pillar of our democracy," Greens senator Sarah Hanson-Young said.

The Australian Federal Police raid on the ABC related to a series of stories in 2017 alleging Australian soldiers may have carried out unlawful killings in Afghanistan, based on leaked Defence papers.

The other raid related to a 2018 story detailing an alleged government proposal to spy on Australians.

Mr Morrison and Mr Fletcher met with ABC chair Ita Buttrose and the broadcaster's managing director David Anderson on Tuesday, as the ABC weighs up legal action to get the seized documents returned.

The journalists' union has called for law reform and a Media Freedom Act.