Results from the Swiss federal chancellery show 64.1 per cent of voters were in favour of same-sex marriage in a nationwide referendum on Sunday. 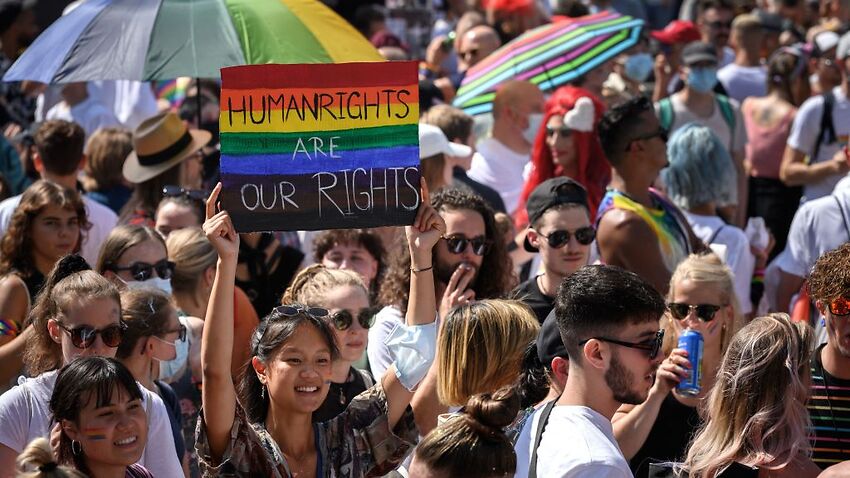 Members of the LGBTIQ+ community take part in the Zurich Pride on 4 September, 2021 ahead of a nationwide votation on the marriage for all. Source: AFP

Switzerland voted to legalise civil marriage and the right to adopt children for same-sex couples by a nearly two-thirds majority in a referendum on Sunday, making it one of the last countries in Western Europe to legalise gay marriage.

According to results provided by the Swiss federal chancellery, 64.1 per cent of voters voted in favour of same-sex marriage in the nationwide referendum that was conducted under Switzerland's system of direct democracy.

"We are very happy and relieved," said Antonia Hauswirth of the national committee "Marriage for All", adding supporters would celebrate in Switzerland's capital Bern on Sunday.

Amnesty International said in a statement that opening civil marriage to same-sex couples was a "milestone for equality".

However, Monika Rueegger of Switzerland's right-wing Swiss People's Party (SVP) and member of the referendum committee "No to Marriage for All" said she was disappointed.

"This was not about love and feelings, it was about children's welfare. Children and fathers are the losers here," she told Reuters.

The amended law will make it possible for same-sex couples to get married, and to adopt children unrelated to them. Married lesbian couples will also be allowed to have children through sperm donation, currently legal only for married heterosexual couples.

It will also make it easier for foreign spouses of a Swiss individual to get citizenship.

In a separate referendum, 64.9 per cent of Swiss voters rejected a proposal to introduce a capital gains tax.