Sydney's Tangara School for Girls has been cleared of any COVID-19 breaches as the number of cases linked to the independent Catholic school reaches 21. 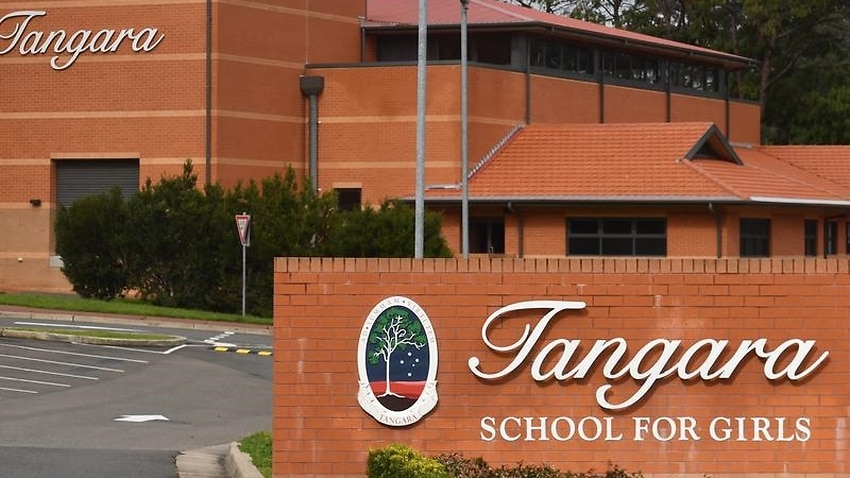 Sydney's Tangara School for Girls has been cleared of any COVID-19 breaches. Source: AAP

An independent Catholic school in Sydney linked to 21 COVID-19 cases has been cleared by police of any public health order breaches.

Police were called in to investigate whether Tangara School for Girls in Cherrybrook had broken the rules, after media reports alleging social distancing was not being enforced and extracurricular activities and school assemblies were going ahead.

A police spokeswoman on Friday confirmed NSW Health had asked officers to investigate, but the probe had concluded and the college had been cleared of any wrongdoing.

In a statement on their website, the school said the "misinformation" circulating during the "challenging and emotional period" needed to be clarified.

"We have always followed the advice of NSW Health around COVID-19 and will continue to do so," the school said.

The outbreak has been linked to a nearby Opus Dei Catholic study centre, Eremeran, which is closed for cleaning after recently hosting five senior schoolgirls.

The school said it plays no role in organising or monitoring attendees at Eremeran which is a third-party provider.

It comes as St Vincent's College in Potts Point became the third independent Catholic school to shut after being exposed to the virus, with a student testing positive on Thursday.

The school was closed on Friday for cleaning and to allow health authorities to contact trace.

It joins Our Lady of Mercy College in Parramatta, which is linked to three cases, and Tangara School for Girls. Both are closed until 24 August.

NSW recorded nine new cases in the 24 hours to 8pm on Thursday including a third linked to Liverpool Hospital, and a second connected to Dooleys Lidcombe Catholic Club.

People who attended the Catholic club at specified hours between 7 and 10 August are considered close contacts, and must get tested and self-isolate for 14 days.

Anyone who attended the hospital between 6 and 9 August is advised to monitor for symptoms and get tested if even mild symptoms emerge.

Of the new cases reported on Friday, one is linked to the Tangara school, three are returned travellers in hotel quarantine, and there is one case with an unknown source.

The state on Thursday recorded its first death since 1 August - a Sydney woman in her 80s linked to the Our Lady of Lebanon Church cluster.

The elderly woman was the 53rd death in NSW to date.

"People are calling for this. The public want it, commuters want it," she told reporters in Sydney on Friday.

"This should have been a health order from the very beginning. The premier says we will have a no-regrets policy, well let's actually have that in real terms."

But Premier Gladys Berejiklian earlier on Friday reiterated that while masks are important in reducing the spread of COVID-19, they are a fourth line of defence.

She urged people in southwest and western Sydney, which are linked to several clusters, to come forward for testing and to maintain social distancing.